A PLACE IN THE SUN — CLASSIC FILM PICK 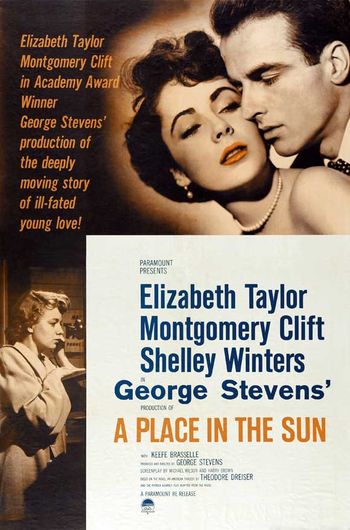 Adapted from Theodore Dreiser’s 1925 classic novel and stage play (“An American Tragedy”), which was based on true events from 1906, “A Place in the Sun” is an indigenous American drama. Screenwriters Michael Wilson and Harry Brown transpose the raw narrative ingredients, about Chester Gillette (the poor relative of a wealthy family who was indicted for murdering his fiancée), to a post-World War II allegory about class warfare and misplaced affections on the brink of the American Dream.

Slouch-shouldered Montgomery Clift plays George Eastman, a returning corpsman of unknown stripe who makes his way to his affluent uncle’s swimsuit factory in search of a job after unexpectedly meeting his older kin while working in a Chicago hotel. Between wardrobe changes from military leather to urbane wool, Clift acts against his undeniable handsome charisma with a churning inner emotional motor that sputters, spits, and knots up. James Dean took notes. Audiences swooned. 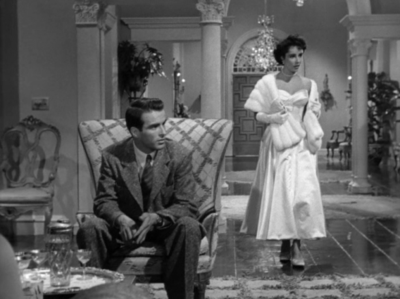 George takes the low-level factory job his uncle gives him seriously, but can’t adhere to strict company rules against “mixing socially” with co-workers. Homely Alice Tripp (Shelley Winters) sneaks glances at George as she boxes swimsuits day after day on the production line. For a few months George and Alice work side-by-side like fellow working-class soldiers before an opportune night at the movies secretly brings them together. As happens, lust gets the better of George. Domestic dangers prove just as tangible as those on foreign frontlines. In one night of passion George steps into a trap that threatens to relegate him to a life of poverty rather than to the industrial success he hungers for. The subtext is clear: in order to enter the world of the American elite, all associations with lower classes must be severed, including familial ties. As a war veteran, murder is something George keeps close to his chest as a get-out-of-jail card option.

Small-minded Alice entertains dreams of a married life together just as George accepts a promotion that brings him within an arm’s length of Elizabeth Taylor’s spoiled-but-smitten “society girl” Angela Vickers. Taylor was just 17 when the picture began filming, but her confident composure and mastery of her craft belie her age. Elizabeth Taylor became a star with this film’s release.

Director George Stevens takes full advantage of the romantic fireworks that ignite whenever Montgomery Clift and Elizabeth Taylor appear onscreen together. Their connection is so strong that it outshines weaker narrative elements. Though the film’s predictable final act plays to Hays code tropes of the era, “A Place in the Sun” is a suspenseful drama sprinkled with equal parts social study, romantic melodrama, and a surreal pairing of Hollywood beauties. 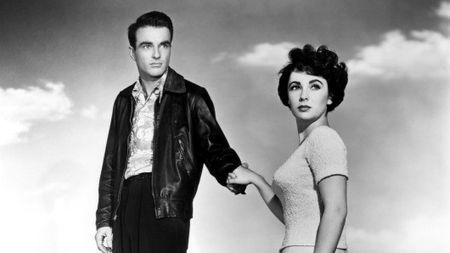