A MAN ESCAPED — THE CRITERION COLLECTION 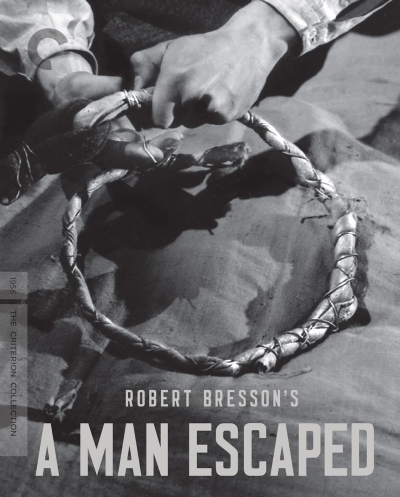 French filmmaker Robert Bresson invented the prison escape genre in 1956 with a beautifully sparse piece of cinematic storytelling told from the personalized viewpoint of an escaped prisoner. It is a minimalist story expressed for maximum effect.

The film’s opening scene displays the hands of Fontaine (Francois Leterrier), a captured French Resistance Fighter, as he fingers the backseat door latch of the car he rides in with his German abductors. He glances over at his two fellow French prisoners who are handcuffed together. When the time comes, Fontaine makes a break for it and is immediately captured and pistol-whipped by his Nazi keepers. 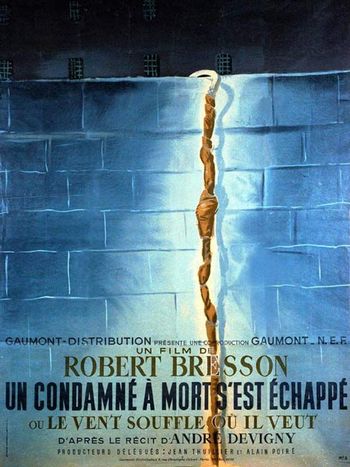 In prison, Fontaine’s bloodstained shirt serves as a constant reminder of punishments that await should his escape attempt be unsuccessful. It also functions as a warning to other prisoners that this guy is trouble. Bresson never lets the audience forget how Fontaine got here, and that his primary objective is escape. 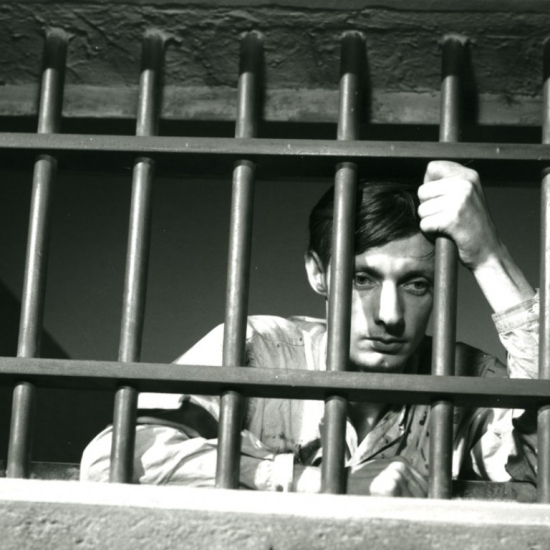 During the film we never see the faces of Fontaine’s Nazi keepers at Montluc prison in Lyon where the malnourished convict regularly hears the sound of other prisoners being shot in the courtyard. Once in his cell, Fontaine taps on both sidewalls to communicate with prisoners in adjacent cells. No such luck.

These are the details that Bresson uses to keep his audience in touch with Fontaine’s singular mindset hiding behind his poker-faced facade. Fontaine’s voiceover narration provides resonant context that could otherwise be misinterpreted, such as when Fontaine is returned to his cell after being sentenced to death during an off-prison trip to the notorious Hotel Terminus, where Nazi officials conducted interrogations, and brutal torture. Fontaine recollects how he dropped down on his bed and laughed, although on screen he appears to be crying. This is not a man who can be fooled by his own emotions. Bresson works primarily in close-ups, showing Fontaine working away with a filed-down spoon handle to loosen the boards of his cell door. Weeks of monotonous tension-filled work pay off. Still, he has to protect the door from being slammed lest the loose boards fall out. The doomed prisoner is finally able to get out of his cell at will, but preparing the rest of his escape plan will be even more painstaking. We watch as he removes the wire netting from his bedframe to use as reinforcement for the rope he needs to descend away from death. 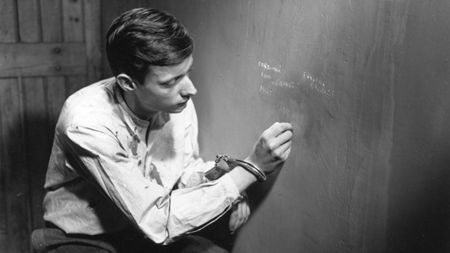 “A Man Escaped” is the filmic document of a Frenchman who fought in the resistance, and was imprisoned by the Nazis. A standard-bearer of French Cinema, Bresson intuitively understood the need for silence to evade captors and to discover the inner truths of human motivation and intention. Such purity is clear in every frame of this film. To escape from captivity is to decide that your life is worth more than your captors, and that of your fellow prisoners. You can laugh about the things that made you cry if you are smart and lucky enough to get out alive. 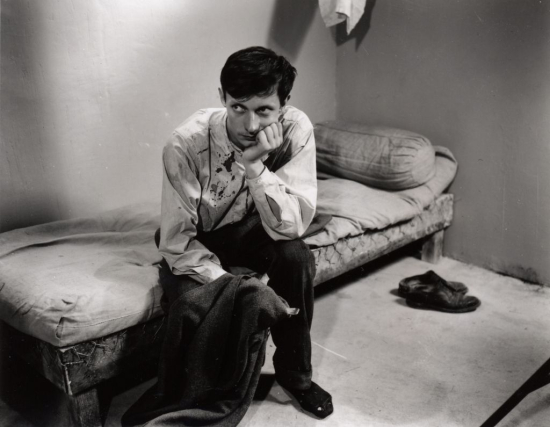