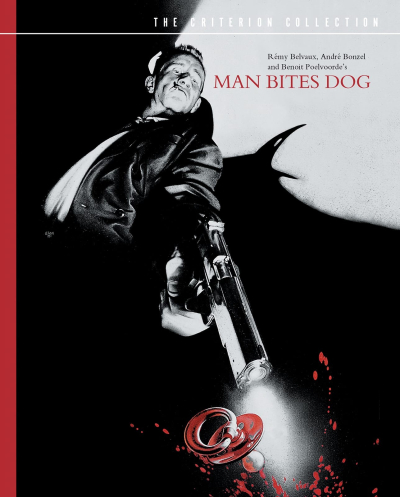 Self-reflexive social satire rarely comes with such a hilarious fury of black humor as it does in this ingenious mockumentary about filming a serial killer’s pursuits. This ahead of its time movie kicks its audience in its reality-TV-loving teeth. The incendiary character/social study was created and executed by four aspiring film students from Belgium for a school graduation project. Andre Bonzel, Benoit Poelvoorde, and Remy Belvaux co-write, direct, and act as an ersatz cinema vérité crew, filming Benoit (aka Ben), an amiable murderer with nice clothes, good friends, loving parents, an active social life, and closely held beliefs on every imaginable topic. Ben is also an accomplished musician (he plays piano in a classic music duo with his childhood girlfriend). He even writes poetry. Ben is a sophisticated and socialized psychopath. 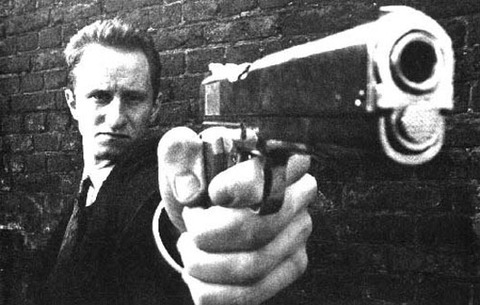 With his beautifully blunted French nose, Benoit Poelvoorde’s exceedingly articulate character represents a specific stereotype of a Gallic bon vivant man-child. He’s a man of the people, and of the people he kills without regret, children included. Ben likes to philosophize at length, directly into the camera of course, about social realities he finds disappointing. He also likes to knock off (kill) a mailman at the beginning of every month.

Ben’s quick wit, and loose physicality, is infectious. This guy is a smoothie. Wearing a suit with his tie tucked into his shirt; Ben sits by a river in front a nuclear reactor. He explains to us the various weight ratio formulas needed to ballast the different types of corpses he disappears there — midgets, old people etc. However, Ben’s humane argument in support of stylistically appealing architecture for low-income housing, sits distantly opposite to his occupation as a wanton killer and thief. 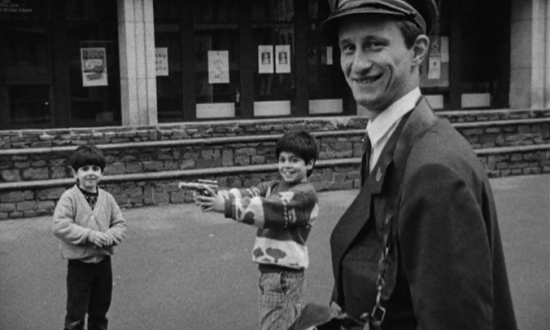 In its opening scene Ben strangles a woman on a train. He really puts himself into his work. We will witness Ben commit countless other unprovoked killings, many in startling quick-cut montages, throughout the movie. Still, we can’t help but empathize with Poelvoorde’s insatiable creation for his generosity of spirit if nothing else. It’s logical to extrapolate from the film’s theme of obligatory killing as a hazard that people like American police officers feel necessary to compulsively commit. An especially admirable aspect of the film’s satire is how universally it can be construed, and/or applied to a myriad of capitalist-based situations. 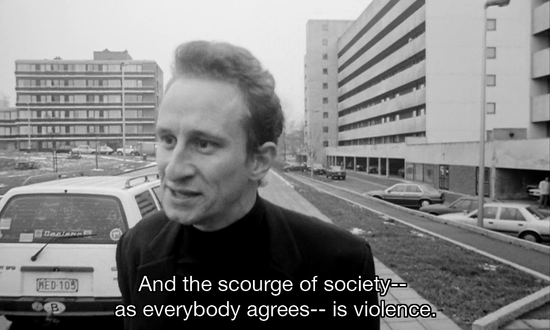 Jean Luc Godard’s influence is all over this black-and-white picture. Travelling handheld camera shots enable sudden chase sequences to ignite. For his part, Ben could be a first cousin to Jean-Paul Belmondo’s Michel character in Goddard’s 1960 breakthrough picture “Breathless.” In his natty sports coat Ben is a stylish rogue infatuated with women, and with murder. John McNaughton’s “Henry: Portrait of a Serial Killer” (1986) also appears to have been influential on this film. 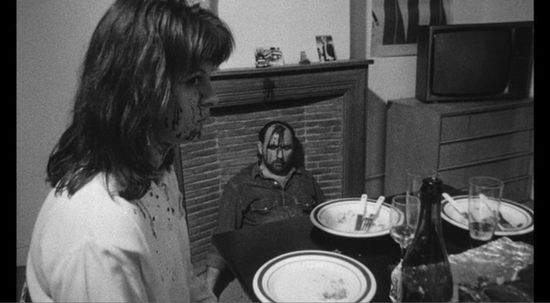 The camera crew follows Ban to a reservoir where he dumps the covered-and-tied corpses of his victims. The sight of Ben’s victims’ corpses falling from a great height while banging off a rocky cliff is disturbing for the matter-of-fact way the imagery is depicted. Here is an example of many such sequences, made more ostensibly authentic due to the picture’s cheap film stock.

“Man Bites Dog” premiered at Cannes in 1992 where its French title “C'est Arrive Pres de Chez Vous” translates roughly to “It Happened in Your Neighborhood.” It embraces all of the typical bourgeoisie tropes of middle-class French society, and then lets loose one of their own against them. The movie’s sense of tragedy is as profound as its black comedy.