« SPOTLIGHT | Main | THE GOSPEL ACCORDING TO ST. MATTHEW » 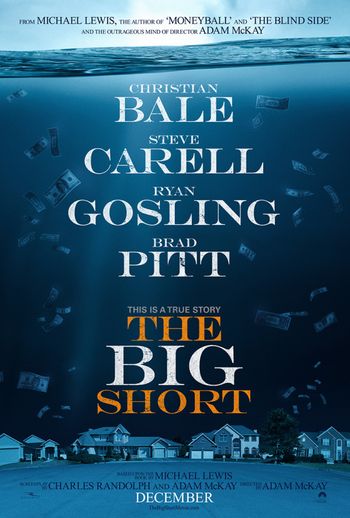 Co-writer/director Adam McKay pulls out a grab-back of filmic tricks in creating a simultaneously entertaining and informative drama based on Michael Lewis’s book about the 2008 financial crisis. You probably wouldn’t recognize McKay as the director of “Anchorman” and “Talladega Nights” from watching “The Big Short,” but comedy is part of this film’s appeal.

The movie is a cross-pollinated story of four men who predicted the housing bubble collapse, and capitalized on their knowledge to bet against the U.S. economy, and win while nearly everyone else, except for the corrupt bankers responsible for the crisis, lost their former way of life.

The filmmakers break with conventions in other subtle ways too. Some efforts work better than others, but the cumulative effect of McKay’s exploitative (read, commercial) sequences do have an impact. The shopworn music-video-styled montage trope gets a makeover that shows traces of inspiration. Celebrity cameos provide clever analogies. Chef Anthony Bordain explains collateralized debt obligation by way of the fish he prepares in his restaurant. His simple analogy sticks. The film’s primary purpose is to educate its audience. It could even be construed as a cry for help before the next bubble breaks, sooner rather than later. Characters don’t come much kookier than the men who dared to look past the Wall Street’s too-big-to-fail smokescreen. Christian Bale’s Dr. Michael Burry runs a small investment house where he constantly blasts heavy metal music in his office while doing the research of a lifetime, involving the details of the subprime housing market. Murry’s loss of his left eye, as a child, has left permanent damage to his ego and soul. Bale goes for broke in creating a litany of behaviors and tics belonging to the first person to see through America’s housing bubble. In order to short the market, Murry devised the credit default swap product that the banks embraced, enabling others to follow suit.

“The Big Short” is an essential history lesson and a cautionary tale that America is in grave danger of falling into again. Can we save ourselves in a corrupt system that we are all slaves to? Here’s a movie that raises this question without missing a beat for humor. 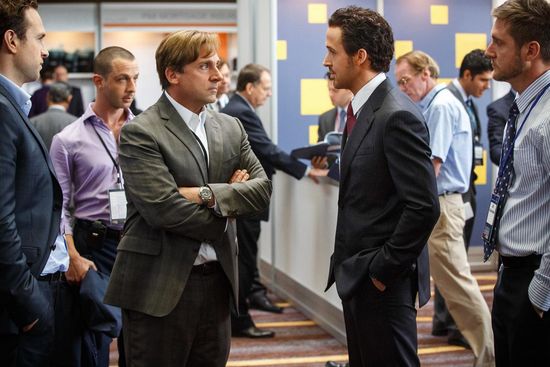