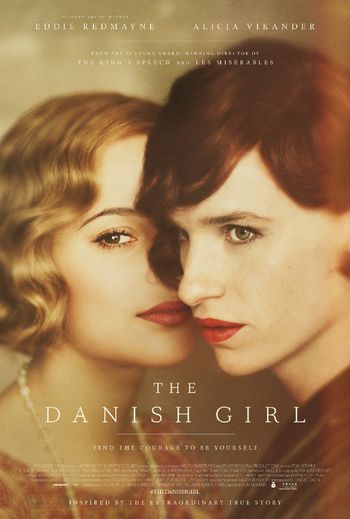 This year’s big mainstream addition to LGBT cinema finds the ever-reliable Eddie Redmayne turning in a solid portrayal as Einar Wegener, the (historically factual) first man to undergo a sex-change operation. With the aid and approval of his loving wife Gerda (played by a terribly miscast Alicia Vikander), Einar makes the transition into his inner-ego Lili Elbe. It helps that both are independently minded painters.

Although scribe (Lucinda Coxon) and director (Tom Hooper) conspire to downplay the film’s would-be unbearably intense dramatic scope, “The Danish Girl” has the potential to pay off handsomely to audiences who empathize fully with Gerda’s generosity of spirit, as matched by Einar’s daring nature. They are at one the perfect couple, and the wrong couple. This may be LGBT-lite, but the effort is there, however embellished with a distinctly British stiff upper lip.

“The Danish Girl” is a terrific showcase for Eddie Redmayne’s dauntless abilities as an actor of Broadway and film. His pensive sense of confidence and commitment to Einar’s and Lili’s complex inner emotional life is as pure an interpretation as you could ever imagine. The actor’s porcelain features work perfectly in the context of David Ebershoff’s novel, as adapted by the same filmmaker responsible for “The Damned United” and “The King’s Speech”).

Alicia Vikander is five years too young for her role, but this flaw could easily slip past audiences won over by the film’s lush production design and tasteful use of music.

To Vikader’s credit, it is not her fault that she was miscast. She gave an excellent performance in “Ex Machina,” and will go on to do many more roles more suited for her. The problem here is that Gerda is an accomplished artist in her own right before she shows her maturity by helping her troubled husband follow his dream to transform into the woman trapped in his body. 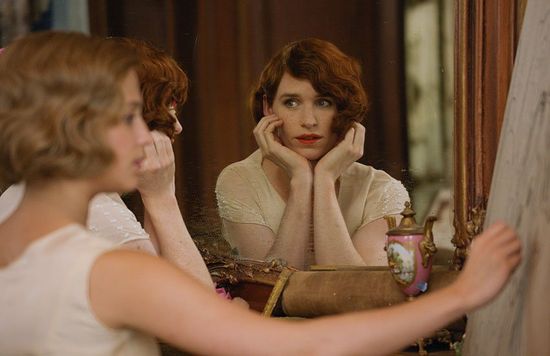 The film drags in places. It also resides inside a melodramatic bubble of theatricality that dares not show too much emotion. The movie has a soap opera vibe.

The Danish Girl” pales against Todd Haynes’s “Carol.” Still, there is much to admire in Eddie Redmayne’s daring performance. It’s the main reason to see this film.