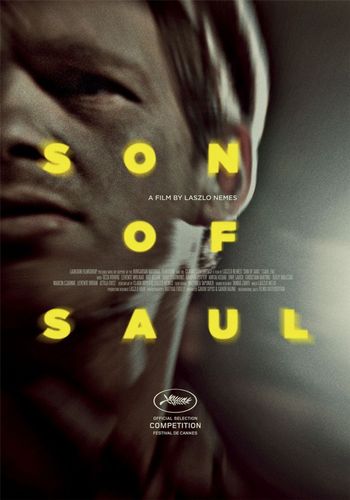 Holocaust films are a hard sell not only because the subject matter is so depressing, but because there have been so many movies made about Hitler’s concentration camps.

So is it all the more remarkable that Hungarian co-writer/director László Nemes has cleared a previously unmarked narrative path into the heart of World War II darkness.

Géza Röhrig’s momentous performance as Saul Auslander, a Jewish Auschwitz prisoner forced to assist with the disposal of gas chamber victims, is informed by the actor’s deep-seeded commitment to the reality of the holocaust, and its lasting effects on humanity.

When a young Jewish boy miraculously survives the gas chamber, before being brutally put to death, Saul chooses to believe that the boy is his son. Saul commits to giving the boy a proper Jewish burial. His efforts to see his precarious plan through tell more about the value of life than 10 Hollywood war films combined.

Under Hungarian filmmaker Laszlo Nemes’s direction, Röhrig’s portrayal of a desperate man hanging onto the thinnest shred of humanity proves to be as cathartic as anything in the history of cinema. Géza Röhrig is a poet and a holocaust historian whose intense portrayal is drawn from an inky abyss of emotional desolation. You cannot help but be moved.

At the relatively young age of 38, writer/director Laszlo Nemes has made an artistically pure film that will stand the test of time. Nemes films the action from Saul’s subjective viewpoint when he isn’t keeping the camera trained in tight close-ups of the actor’s stoic face or on Röhrig’s back. The effect is an epic level of intimacy set in a Nazi death camp where life is as cheap as the powdery dirt that absorbs the blood of thousands.

You might go kicking and screaming to watch “Son of Saul,” but you will be very glad you did. Don’t miss this magnificent film. 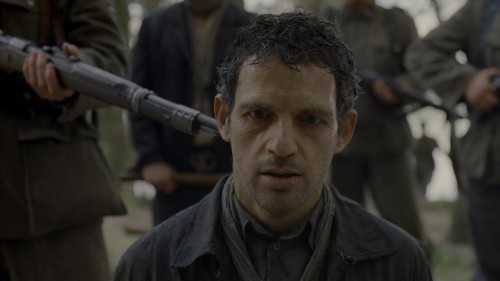