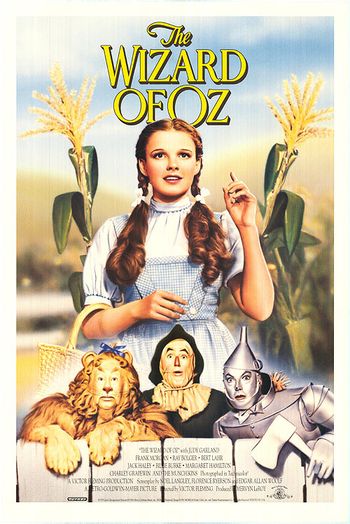 Ripe with allegorical possibilities (relating to the political aspects of belle epoch industrialism in America, the hollowness of organized religion, the importance of domestic over foreign policy, and the unreliability of authority figures), “The Wizard of Oz” is a beloved children’s coming-of-age film that strikes a universal chord with all audiences.

Based on L. Frank Baum’s 1900 children’s novel (“The Wonderful Wizard of Oz”), which begat 13 novel sequels and a popular Broadway musical, the film has become a right of passage for children around the world. Metro-Goldwyn-Mayer produced the picture in response to the success of Walt Disney’s “Snow White and the Seven Dwarfs” (1937). 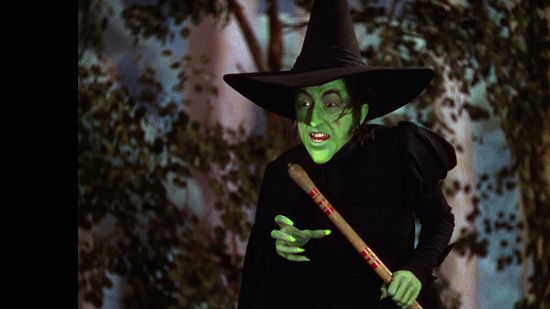 Not only was it the most expensive film MGM had made to date, its production claimed the attention of three consecutive directors (Richard Thorpe, George Cukor, and Victor Fleming) before King Vidor was brought in by producer Mervyn LeRoy to put the finishing touches on the film.

Nonetheless, Victor Fleming is the director of record. Arriving on the heels of the Great Depression in 1939, the fantasy musical failed to make back its enormous production costs upon its initial release. It would be a decade later, during its first re-release that “The Wizard of Oz” made good on its box office promise. It did so with a vengeance. 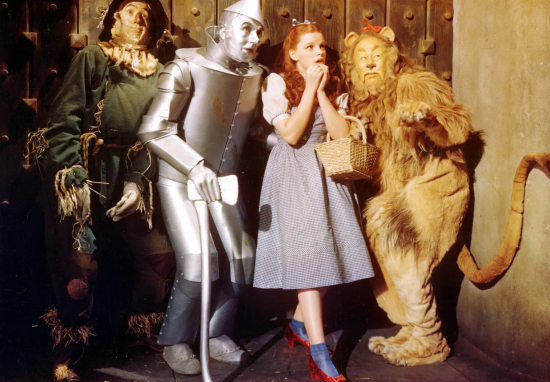 The advent of Technicolor allowed the filmmakers to perform one of the greatest surprises in cinema history. After an extensive 20-minute first act, set in beige sepia-tone, Dorothy (played by Judy Garland), an adopted farm girl from Kansas, steps into the primary-color-filled world of Oz. The startling effect of going from black-and-white to color still packs a punch. 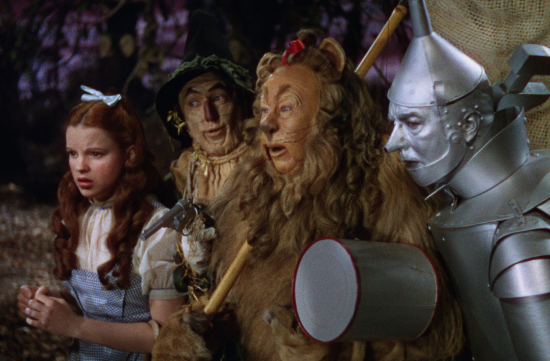 Audiences at the time felt as if they had been jettisoned into a previously unknown realm of lush fantasy. No amount of theatrical staginess can detract from the dreamlike experience of watching Judy Garland’s wide-eyed Dorothy making fast friends with a “good” witch, a squeaky man made of tin, a floppy scarecrow, and a man in a lion suit.

With the good witch’s instruction to “follow the yellow brick road, Dorothy teams up with the scarecrow, the tin man, and the lion on a search for a unique aspect that each one is missing. The “Cowardly Lion” (Bert Lahr) needs courage. The scarecrow (Ray Bolger) wants a brain, and the Tin Man desires a heart. Dorothy desperately wants to get back home. 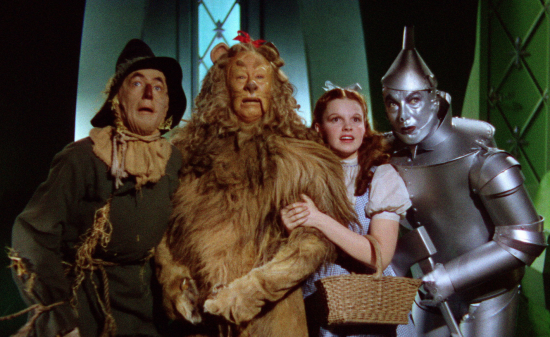 Dorothy is an orphan whose emotional baggage is her greatest obstacle. There’s more than a little irony in the nature of her dream-journey as it returns her to waking life with the repeated phrase, “there’s no place like home.” It is a sentiment that reaches across all boarders and touches all people. American country music is built on that exact theme. 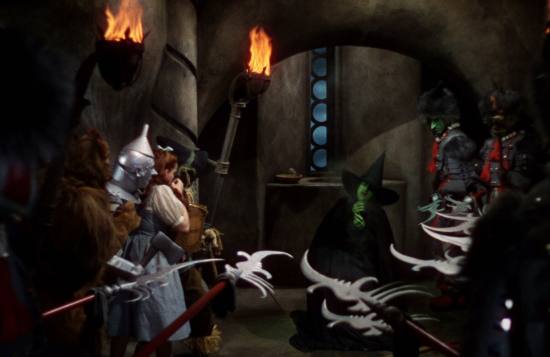 As thick with metaphors as any Shakespeare play, “The Wizard of Oz” is the greatest children’s movie ever made, and that probably ever can be made. From the green-skinned evil witch to the trio of singing “lollypop kids,” the movie ignites your imagination with quirky surreal elements that embed in your DNA. It is a film that changes its viewer forever after.