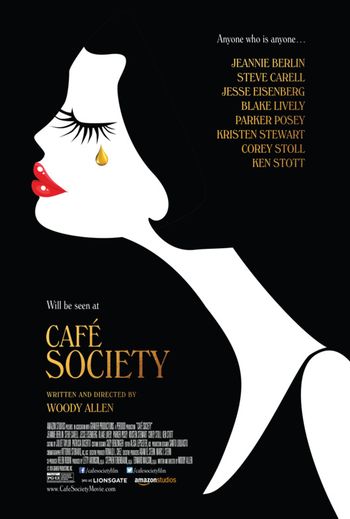 Cannes, France —Not many audiences bother with Woody Allen movies anymore. Most of those who do will readily concede that Allen “seems to just make the same movie over and over again.”

While that caveat certainly holds true for “Café Society” (Allen’s 46th film), the main problem with his latest cinematic frippery is that it is barely even a movie to begin with.

Allen douses the audience with so much pained voice-over narration, to explain the gaping holes he leaves between barely connected sequences, that he may as well have written a short book. 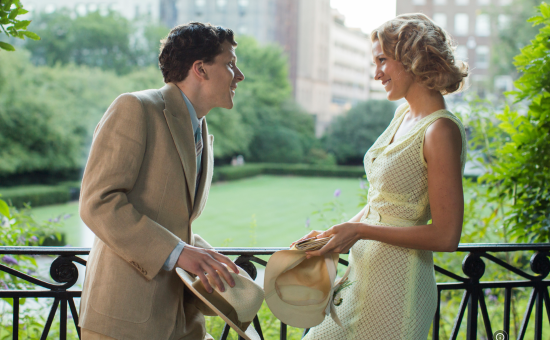 Still, it wouldn’t be a book you’d want to read. As for humor, there is next to none. I chuckled once. Not only has Allen’s once-cute sense of novelty worn off, so too has any grounding in authenticity. The best you could call “Café Society” is a piecemeal effort by a filmmaker whose day is done.

What little there is of a story is set in the glamor days of old Hollywood when names like Barbara Stanwyck and Errol Flynn meant something. Allen packs the movie with cheesy jazz music (played by black musicians in empty clubs, but by white players in bustling white-owned establishments). He commits a sin against jazz music by using it in such an exploitative way. Talk about a turn-off.

Then there's the gaudy autumnal look of the film (shot by the once-great Vittorio Storaro) that makes the actors' faces appear orange for most of the time. Allen can't even feign classiness anymore. Bobby gloms onto his uncle Phil (Steve Carell), a hotshot Hollywood mogul who is secretly schtupping his much, much younger secretary Vonnie (Kristen Stewart). That’s all you need to know, plot-wise. During his frequent voice-over interruptions, Allen emphasizes what a “dynamic and successful powerhouse” Phil is when the character isn’t dropping names of Hollywood starlets that millennials won't recognize. If there’s a noticeable lack of screen chemistry between Stewart and Eisenberg, the ostensibly romantic scenes between Stewart and Steve Carell are enough to make milk curdle. This is one ugly love triangle. Sloppy seconds indeed. 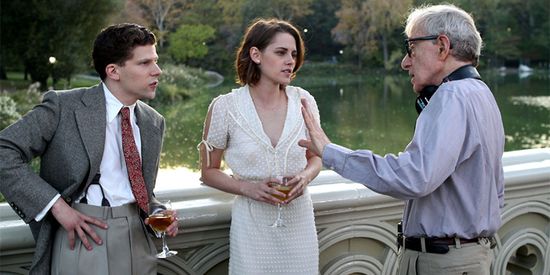 We get a transparent thematic dose about how the Jewish religion is superior to Christianity because Jews don’t believe in an afterlife. Soon thereafter, a (Jewish) leftist character puts a fine point on the proceedings when he quotes Socrates. “An unexamined life is not worth living.” The character adds, “but and examined life is no bargain.” Either way, “Café Society” is an interminable bore that is not worth seeing.

Chosen as the opening film at Cannes, “Café Society” set the bar so low that it won’t take much for the films in competition to seem far better by comparison.