TASTE OF CHERRY — THE CRITERION COLLECTION 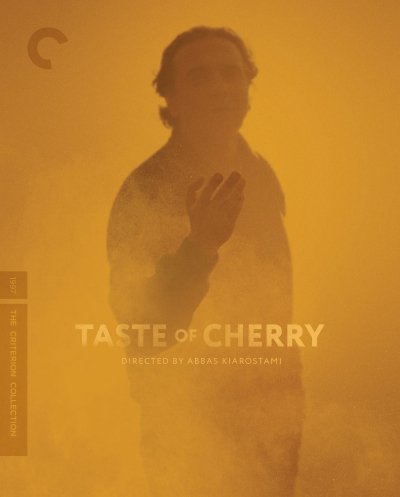 Writer/director Abbas Kiarostami’s “Taste of Cherry” is a divisive film. It won the Palme d’Or at Cannes in 1997 despite being savaged by critics such as Roger Ebert whose staggering miscomprehension of the film exposed his knee-jerk tendency toward small-mindedness.

Likewise, critics who overpraised “Taste of Cherry” as a masterpiece did a disservice to a movie whose personalized quest for Iran’s soul is scaled to fit within the country’s governmentally decreed rules for films made within its borders. Kiarostami executes a filmic social study that digs deep into the public and private psyche of Iran’s male populace via the age-old query that Shakespeare elegantly distilled into, “to be or not to be; that is the question.” 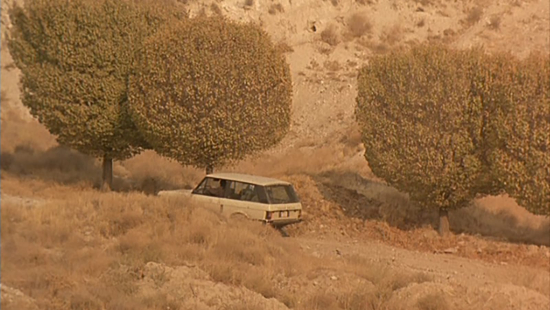 Homayon Ershadi gives a haunting performance as Mr. Badii, a wealthy middle-aged man at the end of his rope. He drives around the outskirts of Tehran in search of a man who will agree to partake in his suicidal experiment.

Mr. Badii offers 200,000 tomans (six months' worth of average wages) to the person who will come to a grave he has dug along a mountain range roadside, on the very next morning, to see if he is alive or dead. If after calling Mr. Badii’s name twice, he doesn’t respond, the entrusted man is to cover Badii’s body in “20 shovels of dirt.” The unsavory proposition becomes a repeated mantra that the filmmaker uses as a provocation to get at an ethical identity. It is a polemic game rigged to raise important questions about the nature of existence. 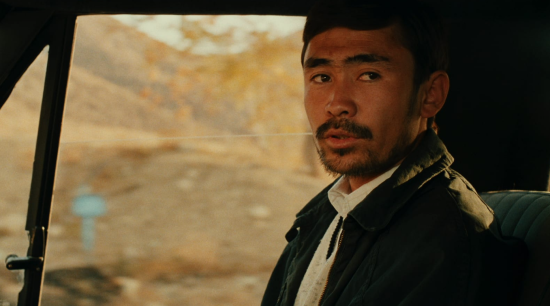 Mr. Badii drives around in a Range Rover, inside which most of the movie is filmed. We drink in Iran’s parched, alien, landscape through the car’s expansive windshields as invisible passengers searching for meaning, or at least some sense of familiarity. Visual beauty is strictly absent from Kiarostami’s framing. The car’s restricted boxy atmosphere creates an intimate, if claustrophobic, place for our distressed protagonist to question his survival against the mirror of divergent men who each articulate their personal moral boundaries in vastly different ways. Badii’s first passenger is a young Kurdish fighter (Safar Ali Moradi) with whom he attempts to bond over their shared experience as soldiers. Badii affectionately remembers his days spent in disciplined training with other soldiers. Counting aloud together provides common ground. Homosexual overtones pervade Badii’s conversation.

Next is an Afghan seminarian student (Mir Hossein Noori) whose Muslim beliefs prevent him from taking part in Badii’s ominous request. He says, “God entrusts man’s body to him. Man must not torment that body.” Badii replies that his profound unhappiness will harm other people. 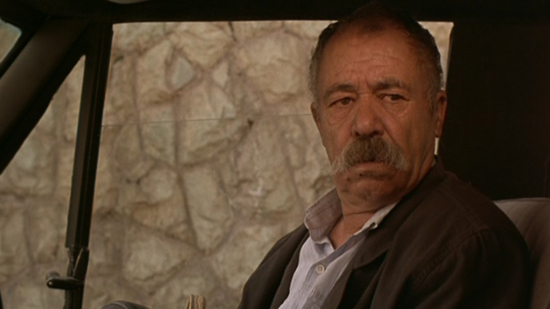 Finally, Mr. Badii comes across an Azeri taxidermy professor (Abdolrahman Bagheri) who solemnly agrees to comply with his wishes.

The narrative twist that Kiarostami uses to invert the film’s ending is a deconstructionist embellishment worthy of Jean-Luc Goddard. The audience is brought full circle in a cinematic reality that invites us to question our own place in a world dependent on others.