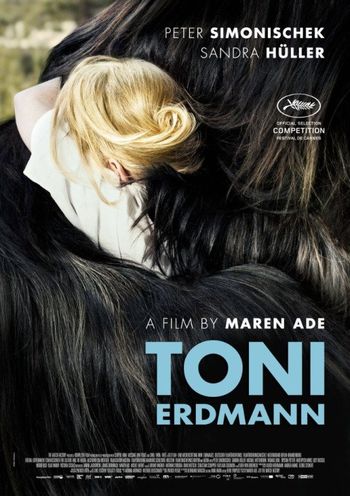 The title character is the practical joker alter ego of Peter Simonischek's Winfried Conrad, a father so intent on helping his corporate pawn of a daughter Ines break out of her mind-numb rut that he follows her to Bucharest where she works for an oil company. Outsourcing jobs is her game.

Sandra Huller gives a wonderfully poker-faced performance as Ines, while Simonischek's parlor-game habit of taking out his dentures, wears out its welcome early on.

At over three-hours long, "Toni Erdmann" loses its comic steam long before its clunky resolution comes to fruition. 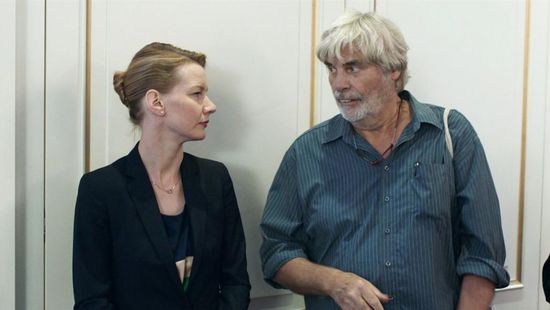 “Toni Erdmann” captured the groupthink of a swath of corporate film critics who think it to be the best competition entry so far. Naturally, they are wrong. The laughs ebb and flow through an overlong movie whose shallow dramatic arc is a disappointment. There are some great laughs and chuckles, but “Toni Erdmann” doesn’t hold a candle to “I, Daniel Blake.”