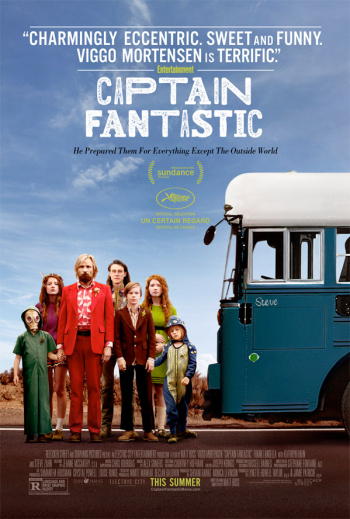 Viggo Mortensen’s nuanced incarnation of Ben Cash, a leftist dad homeschooling his brood of children while living off the grid in the Pacific Northwest wilderness, is a refreshing character unlike anything in the annals of American cinema. Ben’s success with a communal (familial) lifestyle means that clothing is optional except at mealtime. A clear view of Mortensen’s junk elevates the movie to instant cult-status. 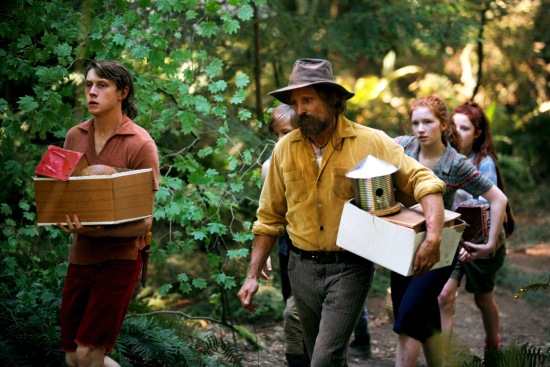 Sure, Ben is a survivalist. He keeps his kids on a disciplined regime of rigorous physical, mental, and intellectual training. Self-defense and rock climbing are on the menu. “No cavalry will save you,” he says when his son Rellian (Nicholas Hamilton) takes a spill that injures his hand. All food must be hunted or grown. All of his kids are bequeathed with invented names to ensure that their individuality is secure. Most American audiences could never otherwise fathom such a Noam Chomsky-adoring father figure taking center stage on the big screen. Bernie Sanders and Jill Stein supporters; this movie is for you. 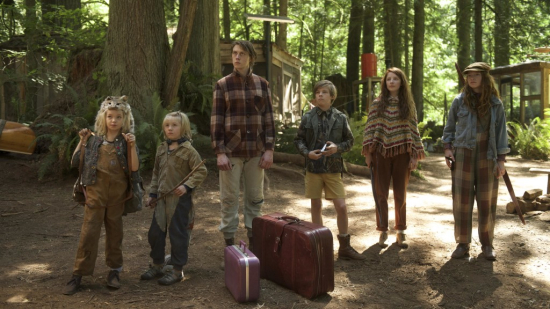 Casting is everything, as Mortensen proves in creating a man whose dedication to leftist (read humanist) ideologies and practices means that his six children know better than to call something like Vladimir Nabokov’s “Lolita” “interesting.” That vague word is off limits. Using it draws rightful ridicule. Even Ben’s youngest daughter can, not only recite the Bill of Rights, but she can contextualize its importance in the face of the America’s ruthless corporatocracy. 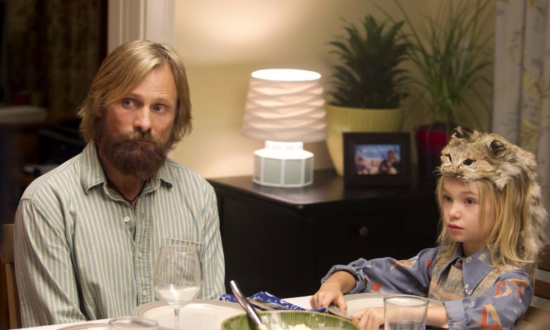 Ben’s oldest son Bo (exceptionally played by George MacKay) is keen to self-identity as a Maoist rather than as the Trotskyite he used to be. Never before in American cinema have hardcore leftist ideals been presented so matter-of-factly, and with such humility. Without giving away the plot, Ben and his kids set off on a mission to civilization that challenges their hard-won motto of “Power to the people; stick it to the man.” 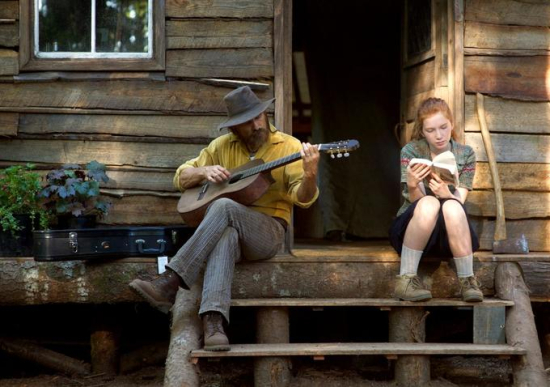 “Captain Fantastic” is just thought provoking and entertaining enough to make up for its narrative missteps that hamper its third act. Its description as the best film at the 2016 Sundance Film Festival speaks as much to that festival’s ever-diminishing status as it does to a critical inclination toward overpraising movies that don’t stand up to such high expectations.