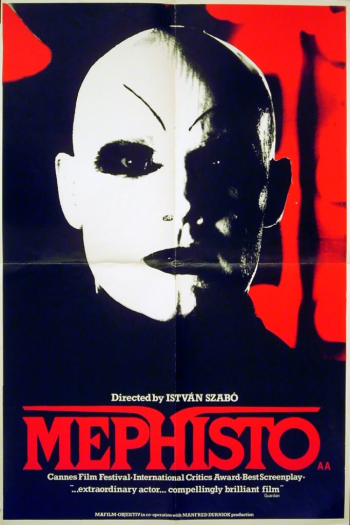 Klaus Maria Brandauer gives the performance of a lifetime as Heinz Hofgen, a passionately leftist stage actor, Bolshevik theatre director, and communist activist living in Germany during the country’s cataclysmic shift to Nazism from the ‘20s to the ‘30s.

Antiheroes don’t come more flawed or charismatic than Brandauer’s puppet-like character, as based on Klaus Mann’s novel of the same title. 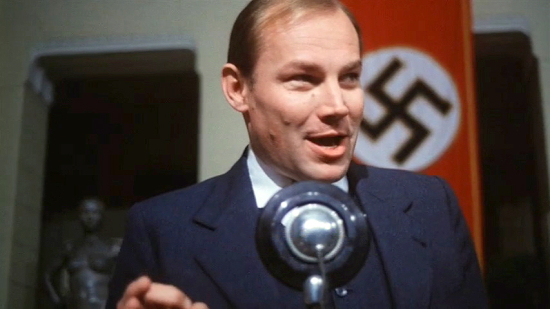 This legendary film, directed and co-written by Hungarian director Istvan Szabo, is a Nazi cousin to Bernardo Bertolucci’s Fascist-themed “The Conformist.” There are notable corollaries between Jean-Louis Trintignant’s fascist assassin under Mussolini, and Brandauer’s survivalist / opportunist actor attempting to live a double life under increasingly hostile conditions.

Heinz’s dedication to his craft is certain. He lives to perform. Heinz studies dance with Juliette (Karin Boyd), a black mistress he keeps on the side. This shallow man may be a “provincial” actor but his winning portrayal of Mephisto in a large-scale production of “Faust,” captures the imagination of Nazi dignitaries. 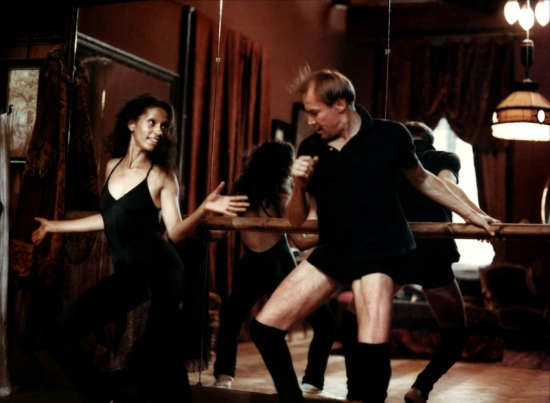 In combining the myth of Mephistopheles with the legend of Faust, Istvan Szabo takes us through every step of Heinz’s gradual suspension of personal beliefs. It is, after all, the Nazi prime minister who is playing Mephisto to Heinz’s Faust. When the two men shake hands for the first time, His Excellency comments on Heinz’s weak handshake. “It seems the secret of acting is to portray strength, yet one is weak. Tabornagy studies the difference between Heinz’s personality and the one he creates on-stage as Mephisto. Like Hitler, Tabornagy (patterned after Hermann Göring) borrows from the theatre to create his own public and private image. 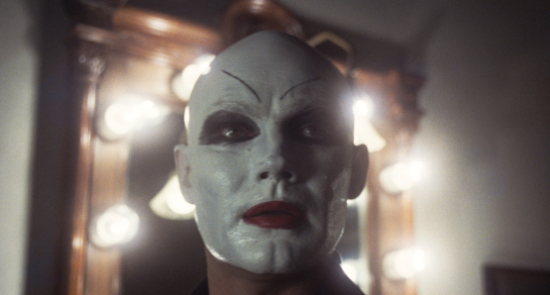 Although Heinz does his best to insure the safe exit of his non-Nazi friends, he refuses to let go of his personal fame and occupation under his Nazi masters. Heinz loves admiring himself in mirrors. Once installed as the manager of the Nazi State Theatre by the German Prime Minister Tabornagy (Rolf Hoppe), Heinz gets a peak at his limited sphere of influence. 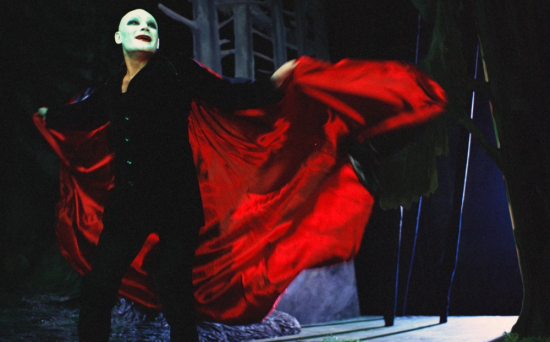 “What do they want from me now? After all, I am just an actor.” Heinz maintains a deception of self that goes deeper than even he can comprehend. While far from innocent, Heinz has a childish quality that allows us to empathize with his predicament if not with his choices.

Eventually, when the opportunity presents itself, Heinz is able to repurpose the noble rhetorical ideas he once used to advance leftist ideals, this time in the service of Nazi ideology. The scene speaks to the liquid nature of political and ideological rhetoric. 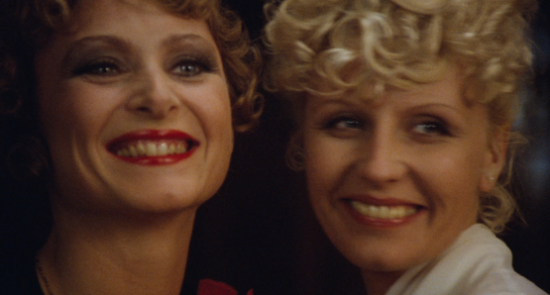 Cinematographer Lajos Koltai captures the thick atmosphere of wartime Berlin and Hamburg with a naturalistic approach that compresses the drama into a pressure cooker of seething unrest. Disillusionment takes on a tragically melancholy appearance. What masks are “Mephisto’s” audiences wearing today?

Posted by Cole Smithey at 09:17:13 PM in Agitprop, Hungarian Cinema