MY OWN PRIVATE IDAHO — THE CRITERION COLLECTION 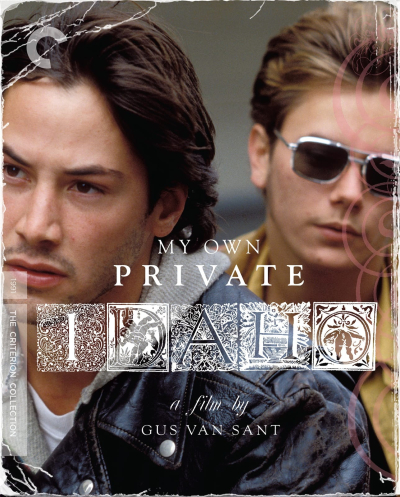 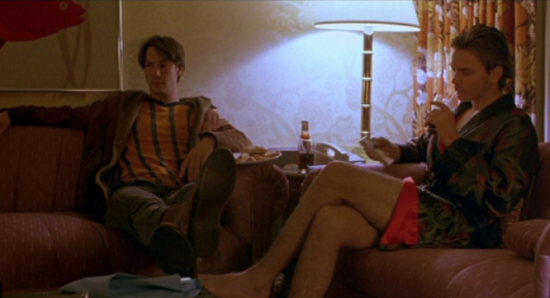 Steve buffers Mike’s precarious existence by rescuing him when Mike [frequently] goes into narcoleptic seizures that leave him unconscious and twitching for hours on end. Mike habitually passes out in the middle of streets.

Mike is a dreamer by nature. He feels himself connected to the roads that he constantly travels, and passes out, on. 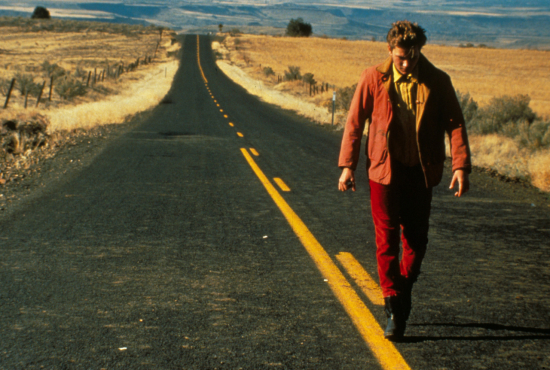 Mike is poor; Steve comes from money. Steve’s upcoming 21st birthday promises to bequeath the young social experimenter with a considerable portion of his mayoral father’s fortune. Fat Bill, Steve’s tutor in all things poetic and bum-like, is promised a cut of the money.

Steve has serious plans for how he plans to emerge in society. 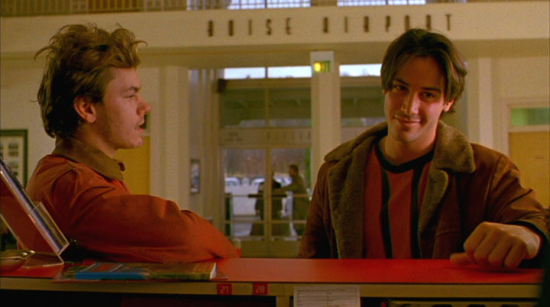 The film’s centerpiece is an intimate fireside conversation wherein Mike expresses his love for Steve in the hope that it will be returned. This beautiful scene gives the movie its emotional grounding. The chemistry between Phoenix and Reeves glows. As friends before making the picture, River Phoenix and Keanu Reeves agreed to be in the relatively unknown director’s low-budget film for the honor of working together. In his ratty red jacket, Phoenix’s Mike is a cousin to James Dean’s sensitive boy in “Rebel Without a Cause.” Reeves brings a theatricality necessary to his character’s complex makeup. 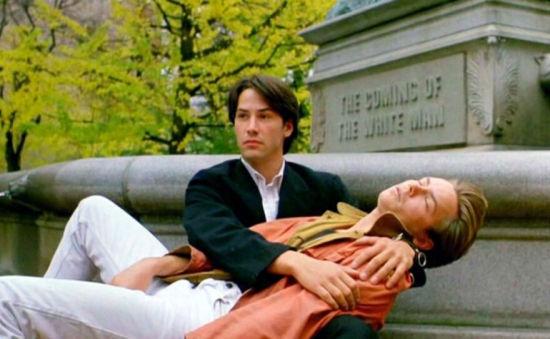 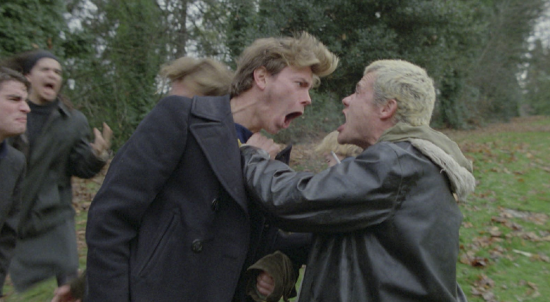 Steve’s yellow café racer Norton motorcycle lets us to experience the exhilaration that Steve and Mike share. The charismatic bike also extends the cool sense of danger that hangs over the story.

“My Own Private Idaho” is both a love story and a tragedy. It remains the high point in Gus Van Sant’s career.