LO AND BEHOLD: REVERIES OF THE CONNECTED WORLD 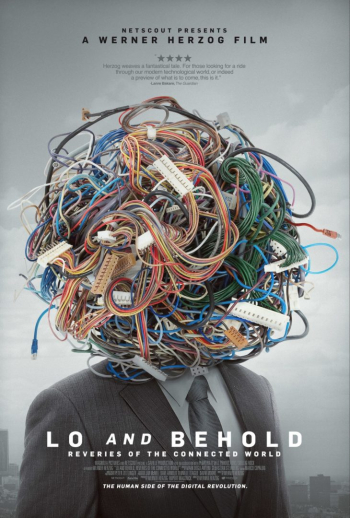 Few documentarians go for it like Werner Herzog does. It’s a given that the opinionated Herzog interviews modern day scientific pioneers such as Internet protocol-co/author Bob Kahn, and the ubiquitous Elon Musk, for a cinematic soup-to-nuts examination of the Internet. Hackers, robot inventors, and some people with low opinions of the Internet voice their own strongly held beliefs about the technology that has revolutionized every aspect of our global lives. This documentary is anything but sterile.

Herzog avoids bogging down the film with too much information by breaking it up into 10 manageable chapters. “The Glory of the Net” shifts to “The Dark Side” before coming around to "The Future." Of course Werner is full of questions. The threat of solar flares looms. What happens when the Internet goes dark? If humanity is “only four meals” away from anarchy, how will we deal with a lack of water, electricity, computers, and cell phones?

Herzog’s trademark sardonicism has an ebullient lilt as he calls UCLA’s hallowed corridors “repulsive” on his way into room #3420 that contains “the first piece of Internet equipment.”

Ever wonder what the first message ever sent over the Internet was? Hint, the answer is in the film’s title. 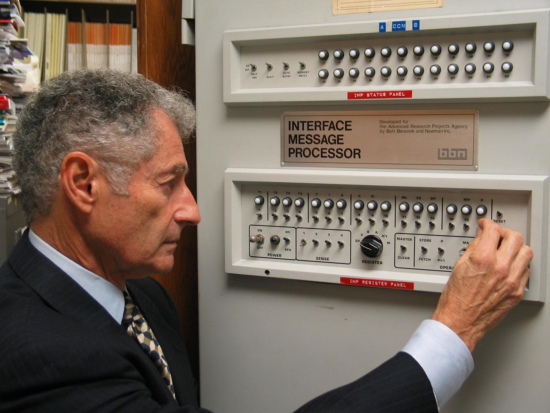 Herzog dips his toe into exploitation when he interviews a white family who broke up with the Internet after the accidental death of one of the family’s daughters. Trolls sent hateful emails to the parents, along with graphic images of the deceased girl. The fact that the women wear Gothic make-up and pose behind platters of fresh baked goods raises a slew of editorial and thematic questions. Herzog’s foray into the Dark Web is the most shallow of the film’s episodes.

Still, “Lo and Behold” is everything the film promises to be, entertaining, informative, insightful, and peppered with Herzog’s distinctive voice.

Werner Herzog’s legendary reputation, from an independent agent of New German Cinema to revered documentarian and effortless spiller of bon mots, has extended to one of cinema’s most reliable filmmakers. If Werner’s sardonic sense of humor doesn’t grow on you, nothing ever will. Herzog is beloved by audiences for his clever and direct style of storytelling. Nothing is ever false or strained in a Werner Herzog film. We need it all.