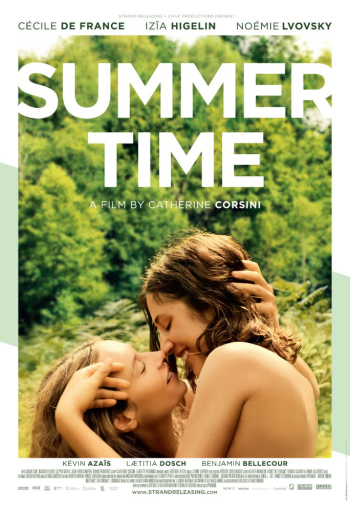 Izïa Higelin gives a riveting performance as Delphine, a tough farm girl visiting Paris. Higelin’s solid build, and low center of gravity give her character an earthy, sensual physicality. Her endearing overbite is reminiscent of Adele Exarchopoulos in “Blue is the Warmest Color.”

The visibly gay Delphine is through with running the family farm with her provincially minded parents. They think their daughter should already be married, to a boy of course. “Loneliness is a terrible thing.” Delphine’s parents don’t know that she recently broke up with her childhood girlfriend. Her lover is switching teams, to get married.

The adventurous twentysomething Delphine finds her romantic soul-mate-apparent in the guise of Women’s Lib activist Carole (Cécile De France). Cecile De France has come a long way from the bat-wielding chic in Alexandre Aja’s “High Tension” (2003). Here, her maturity both as a woman and as an actress, gives the film a lusty feminist vision of liberation.