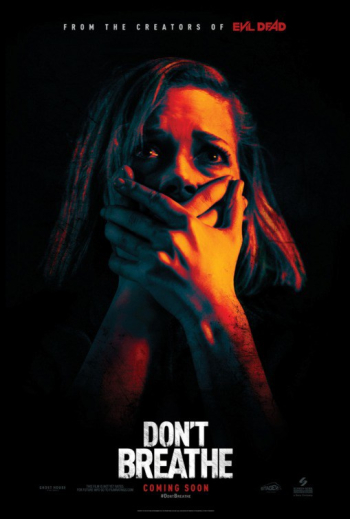 Don’t let its box office receipts fool you; “Don’t Breathe” is garbage. Pitched as a horror flick, Fede Alvarez’s lame suspense thriller is a hodgepodge of disparate shock elements that might come as a surprise to some, but will fall boringly flat for seasoned audiences.

Pretentious as the day is long, the film’s narrative is set in a deserted neighborhood in Detroit where a trio of white hoodlums (played by the equally miscast Jane Levy, Dylan Minnette, and Daniel Zovatto) plans to rob the home of a war vet with a safe full of cash.

Stephen Lang plays the home’s blind tenant who owes his wealth to a legal case he won against the woman who ran over his young daughter. Mr. Blind Guy has more than just money stashed in his creepy chamber of horror. If you’re a fan of plot-holes, you’ll get more than you bargain for in this waste of celluloid. 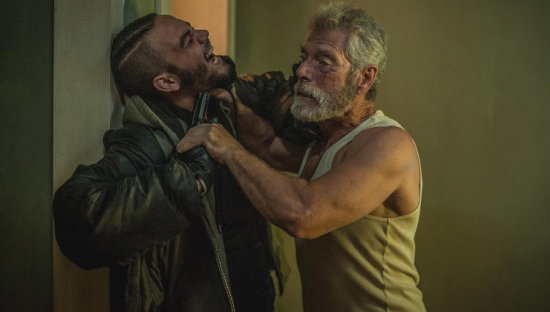 Rocky (Levy) is girlfriend to Zovatto’s Money — yes that’s the character’s name — even if Rocky’s friend-zone buddy Alex (Minnette) hangs around hoping for sloppy seconds should the opportunity ever avail itself; it does not.

Whatever you do, don’t call “Don’t Breathe” a horror movie. That would be an offense to the genre.