THE LIGHT BETWEEN OCEANS 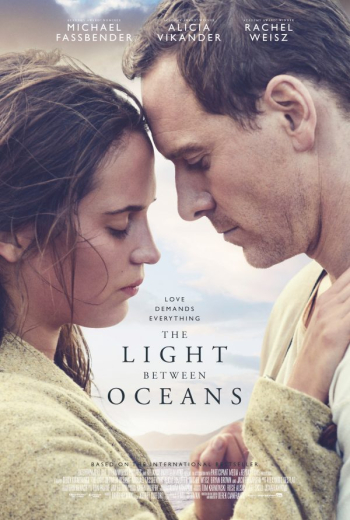 Nicholas Sparks has some new competition in the meepy melodrama realm. Newcomer M.L. Stedman sees his 2012 debut novel adapted by the once promising director Derek Cianfrance (“Blue Valentine”) in a lackluster soap opera of a movie that comes complete with a terribly miscast Alicia Vikander.

The current it-girl who impressed in last year’s “Ex Machina,” gets hung out to dry in her second ill-fated outing attempt at period drama. Vikander may have pulled the wool over some people’s eyes with her marginal performance in “The Danish Girl,” opposite the versatile Eddie Redmayne, but her lacking ability to inhabit character from past epochs torpedoes this film as much as its insipid source material of tear-stained pap.

I won’t spoil the plot, but the arrival of an infant to a couple isolated on a remote lighthouse, sets off an emotionally charged chain of events that are predictable as they are pedestrian. 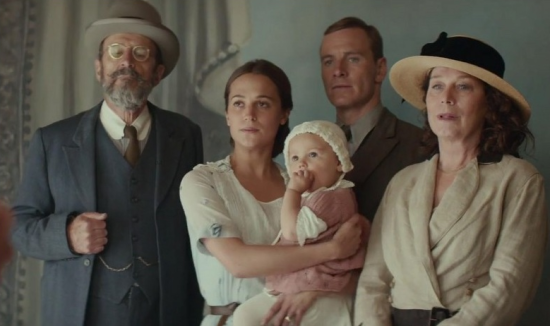 The capable if overrated Michael Fassbinder carries the film as Tom Sherbourne, a World War I veteran (read, scarce survivor) who takes on a position as a lighthouse keeper on the island of Janus. Tom falls for the love-at-first-sight charms of Isabel (Vikander), and soon marries the woman who will ruin his life.

Complete with an obnoxiously heavy-handed musical score (by Alexandre Desplat), “The Light Between Oceans” gets a late start that shifts into an excruciating audience experience for anyone under 80. That said, this is not the movie to list as the last thing you see before passing on to the great beyond. 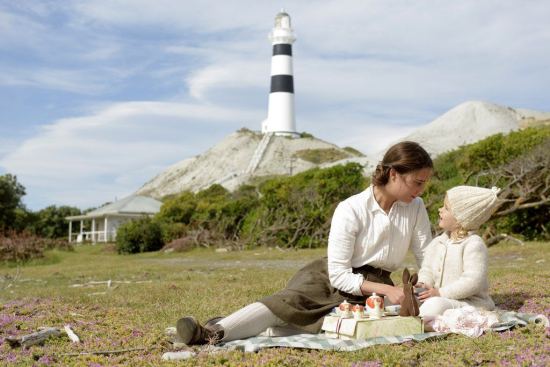 Long gone are the days when James Ivory made meaningful period dramas that audiences could sink their teeth into. See “A Room With a View” (1985), “Howards End” (1992), and “Jefferson in Paris” (1995), just to name a few. Make the most of your movie-watching time; catch “Howards End” during its current revival run, and forget about “The Light Between Oceans.” There isn’t any.