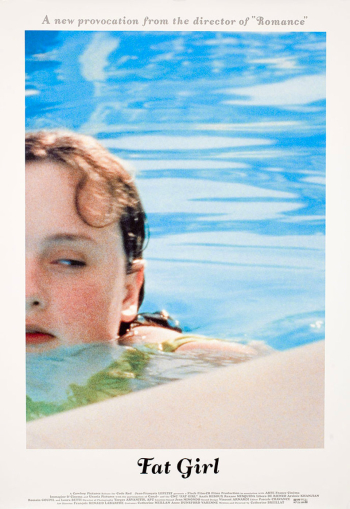 In 2001, at the height of her powers, writer-director Catherine Breillat created a trenchant social study of familial and social prejudice set in the context of a wealthy French family whose unevenly matched female siblings vie for various rights of sexual passage.

Originally entitled “A Ma Soeur!” (“To My Sister”) the film’s inappropriate English title “Fat Girl” does this movie an injustice. This clear public relations attempt at inciting controversy with a derogatory term cheapens Breillat’s bold dramatic statements regarding budding female sexuality in the modern world, and feminist ideals at large.

Anais Reboux plays the Rubenesque pre-teen of the film’s title. Anais is the younger (12-year-old) sister to Elena (Roxane Mesquida), who at the age of 15 is ready to do away with her virginity. A family vacation at an estate by the ocean delivers a seemingly ideal solution to Elena’s plight in the form of Fernando (Libero de Rienzo), a wealthy twentysomething Italian law student whose list of conquests he wears with confidence. During their first encounter Fernando “takes Elena from behind” in the same room where Anais pretends to sleep in another bed just a few meters from the event. That Fernando requests that Elena take him in her mouth after anally penetrating her, speaks to a societally informed notion of humiliation attending sexual indoctrination. 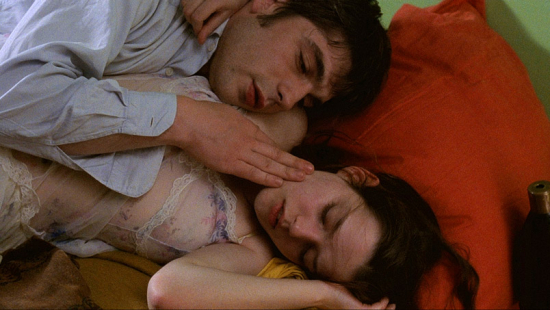 Breillat contrasts generational and sexual codes of behavior between her characters. The girls’ mother and father (Arsinee Khanjian and Romain Goupil) are at odds decreed by their social positions. Fernando’s concern for going to prison for deflowering an underage girl doesn’t prevent him from stealing a precious ring from his overweight mother (Laura Betti) to give to Elena even if he doesn’t really intend the gift as the engagement ring that Elena imagines. The story belongs to Anais. Her observant, if pokerfaced, vantage points on morality and social conditions enable her to survive a traumatic event via the brutal lessons she vicariously learns. “Fat Girl” is an understated picture that doesn’t shy away from any of the ambitious thematic heights that Breillat fearlessly mounts. Like Breillat’s debut feature (“A Real Young Girl”) “Fat Girl” is a masterpiece awaiting inspection by audiences open to its unveiled meanings and insightful commentary about double standards and coming of age.