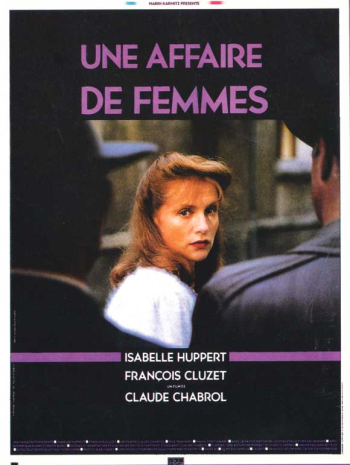 Based on the true story of Marie-Louise Giraud, Claude Chabrol’s provocative World War II era drama features Isabelle Huppert as a lower class single mother of two in Nazi occupied France. Marie’s war-ravaged husband unexpectedly returns home just as she finds her calling as an amateur abortionist for local women, many of whom work as prostitutes servicing German soldiers.

Claude Chabrol’s “The Story Of Women” delves into the conditions of a small occupied French town that transforms a mother of two into a hardened opportunist.

Marie’s motivations shift as she reaches a comfortable lifestyle that enables an affair with a German soldier.

Isabelle Huppert walks a fine line as an anti-heroine whose broken relationship with her husband (François Cluzet) culminates in a betrayal of outrageous proportions.

Much of this film's power draws from Chabrol's ambiguous handling of Marie Giraud as an imperfect, if industrious woman. Huppert plays the part with a seething passion locked beneath an implacable feminine exterior. Neither Huppert nor the director pass any judgements on Marie's actions, nor does either shy away from her wartime imposed survivalist attitude to the world around her.

Because abortions were criminalized in France [from 1920 to 1975], due to a grievous loss of French males in World War I and II, Marie-Louise Giraud became an ideal scapegoat for the French courts after being indicted for her crimes. 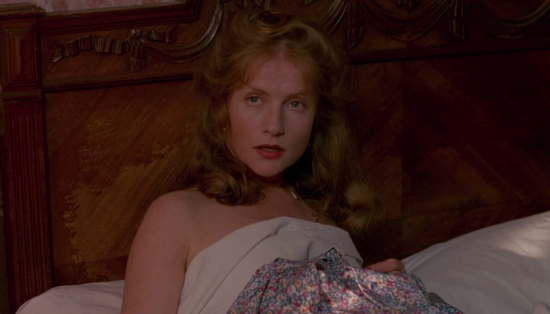