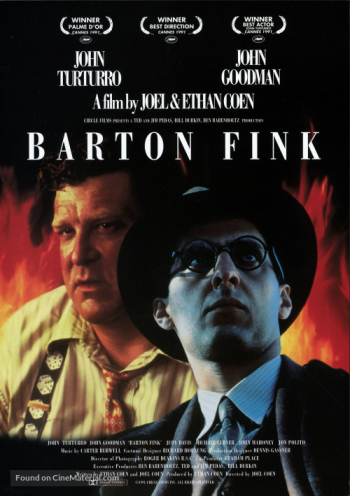 John Turturro plays a Clifford Odets-styled playwright with a mean case of writer’s block after moving to LA to his first screenplay for a big Hollywood studio. Part “Eraserhead” and part “Naked Lunch,” “Barton Fink” is like whitefish on sand.

The neo-noir-styled story takes place around the 1941 Japanese attack on Pearl Harbor. If that little factoid is lost on most audiences, it nonetheless provides the Coens with a sense of societal dread that comes through in every frame of the picture.

It's telling that the Coens famously wrote the script for "Barton Fink" while working through a troubled process during the writing of "Miller's Crossing." Written in just three week's, "Barton Fink" is a minimalist black comedy that relies on John Turturo's nerdy portrayal of the title character to keep the audience on the side of an ostensibly unlikable writer. Turturro's keen sense of comic poker-faced physicality — think Harold Lloyd — runs counterpoint to the lurking evil of John Goodman's insurance salesman Charlie, who occupies the hotel room next to Barton Fink.

Made on a relatively small budget of $6 million in 1991, "Barton Fink" was a box office flop in spite of winning the Palme d'Or at Cannes that year. You couldn't call this movie a polished filmic work of art, but it is a diamond in the rough that kept the Coens creative juices flowing. "Barton Fink" falls into the category of misses that the Coen Brothers have vacillated between for the whole of their career. It's still better than "Intolerable Cruelty" and "Hail, Caesar!" combined. 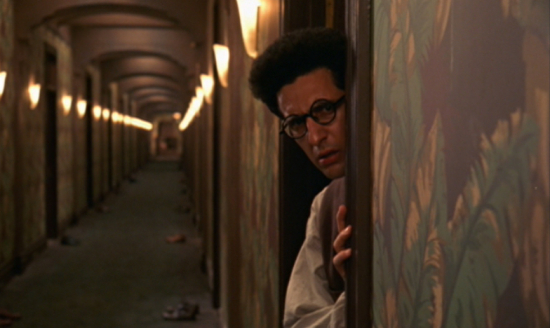