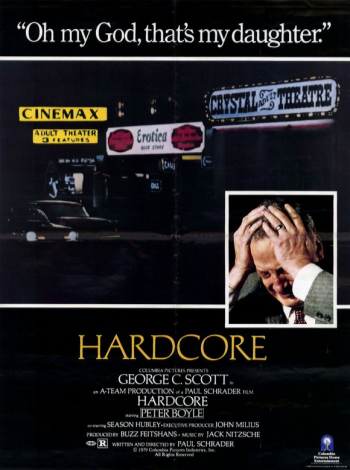 “Hardcore” is described being “loosely autobiographical,” and indeed Schrader’s Calvinist upbringing plays a major part in the culture shock that his alter-ego Jake VanDorn (played by George C. Scott) endures after his teenage daughter Kristen goes missing during a school vacation to Los Angeles. 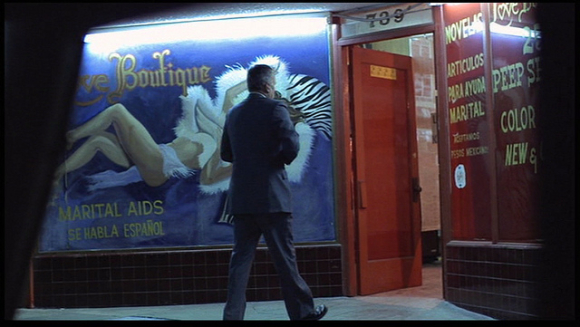 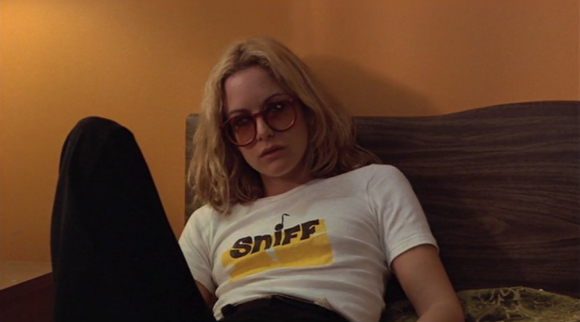 Peter Boyle adds his signature authenticity to the picture as a Los Angeles private detective who never fails to exploit his position in and around the sex trade. But it is Season Hubley’s portrayal as a sex worker named Niki that gives the film its thematic and human resonance. Notable too is Jack Nitzsche’s musical score and Michael Chapman’s vibrant cinematography. 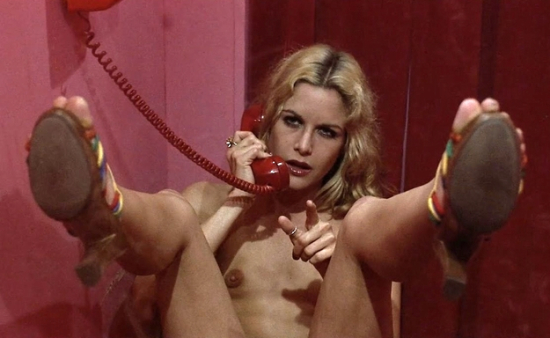 Posted by Cole Smithey at 05:10:19 PM in Podcast, Sex, Sexploitation