Agnes Varda was ahead of the curve in paving the way for the French New Wave. Her 1955 debut is a delicate balance of Bergman-inspired formalism mixed with neo-realistic elements to form a mature depiction of a young married Parisian couple visiting the young man’s hometown for the first time.

'La Pointe Courte' takes its title from the neighborhood in the fishing town of Sète in the south of France where the young pair come to grips with a relationship that may be headed for divorce.

Although not the most picturesque seaside village, the community operates with an anti-authorial mindset that nonetheless adheres to strict social codes of conduct. The sense of tradition and identity is pronounced in things like the way women neighbors chat while hanging their laundry. Agnes Varda's eye for detail focuses on the abstract, the concrete, and the poetic. Life has a value here that is simple but defiant. The tone and pacing take on a hypnotic quality that puts the viewer in a filmic trance. 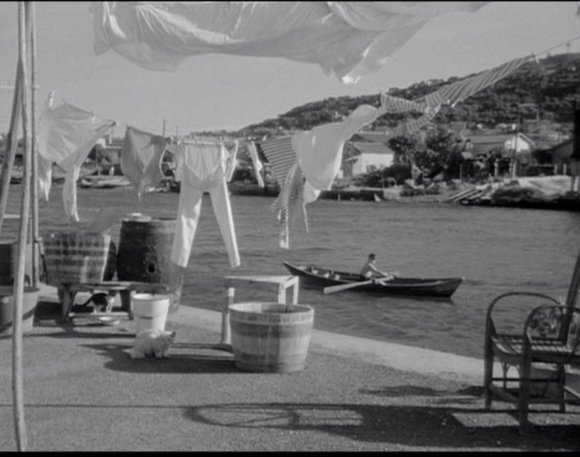 Philippe Noiret and Silvia Monfort took no payment for their performances as the couple whose marital issues find context against the social backdrop of a tiny community populated with feral cats. When we see a dead cat floating in the shoreline, it registers as a surrealistic grace note out of Luis Buñuel's dialectic of natural absurdity. It's enough to make you believe that Agnes Varda initiated the French New Wave single-handedly with this unforgettable film. 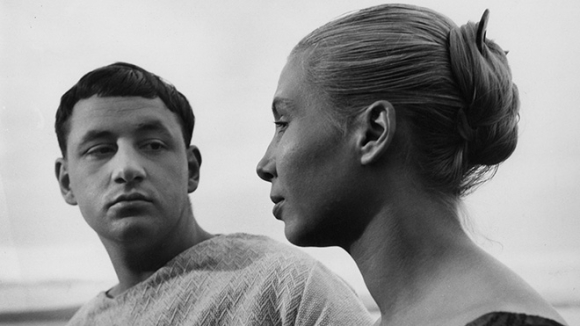