Not even Isabelle Huppert’s ever-reliable craftwork can elevate this overwrought and underachieving pro-education, sci-fi drama. The film’s unbalanced (linear) three-act story crumbles during a last gasp act that falls horribly flat. Third act failure is one thing, but to have a narrative with such rich, if ghastly, possibilities reduced to a muted, half-hearted, satire just leaves a bad taste in your mouth. The black comedy needed to skew closer to the tone of  "An American Werewolf In London" rather than its current François Ozon knock-off qualities.

Director/co-writer Serge Bozon's movie is presented as a "comedic thriller" but ends up neither funny nor sufficiently exciting. The screenwriting isn't up to par.

Huppert plays Mme Géquil, a newly hired French engineering school teacher constantly humiliated and challenged by a classroom full of misfits led by Malik, a crippled Arab student. Mme Géquil has a lovely home life with her caring husband whose teaching advice she doesn’t grasp. A shock of electricity alters Mme Géquil into a super-teacher, capable of setting objects, animals, and people on fire. 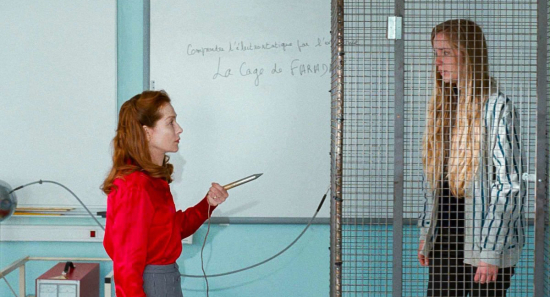 The mannered story never shifts gears after establishing a dramatically loaded line where we await Huppert’s transformation into the monster of the film’s implied title.

Although the film fails to pay off, Isabelle Huppert is fascinating as ever. Ignore the oh-so-precious subtext about education, and focus on every dramatic beat that Huppert plays as a master drummer of emotion, thought, and intent. 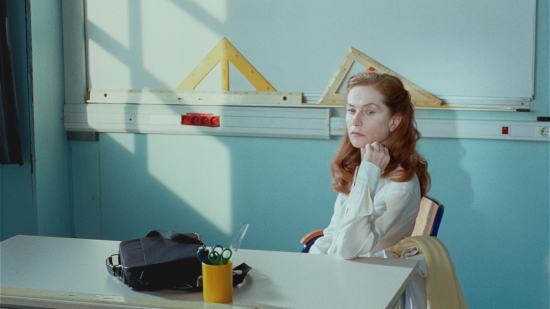 What to Watch at the 55th New York Film Festival from Cole Smithey on Vimeo.