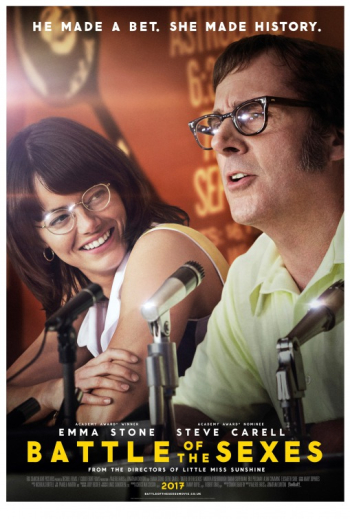 It’s a given that Emma Stone would seamlessly slip inside Billy Jean King’s skin. It’s equally predictable that Steve Carell would embody aging tennis star and gambling addict Bobby Riggs with a portrayal that walks a fine line between a comic and tragic figure.

But what impresses most about co-directors’ Jonathan Dayton’s and Valerie Faris’s equality-focused time capsule is how Andrea Riseborough’s lesbian hairdresser Marilyn Barnett encompasses emotional, political, and social issues being put through a cartoon media blender regarding a tennis match in 1973. 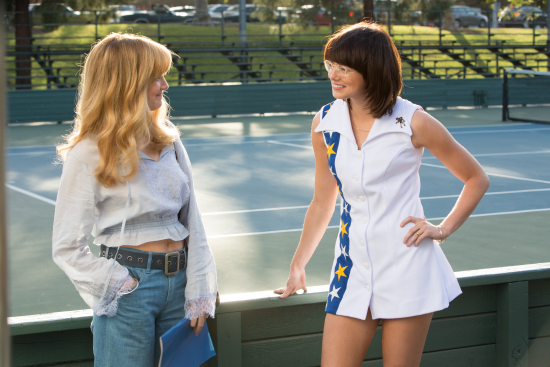 “Battle of the Sexes” is a rebellious movie set during the confusion of the Watergate conspiracy that witnessed President Richard Nixon's resignation from office a year after Billy Jean King played Bobby Riggs.

Upset by the much higher pay awarded to male tennis players over their female counterparts by the USLTA (under Jack Kramer – Bill Pullman), Billy Jean King and her business partner Gladys Heldman (Sarah Silverman) break with the USLTA to start their own women’s tennis tournament. Ironically, it’s a tobacco company that takes on sponsoring the Virginia Slims Womens’ Tennis Tournament. 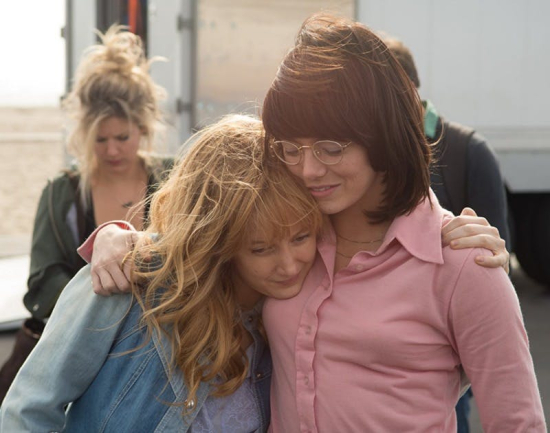