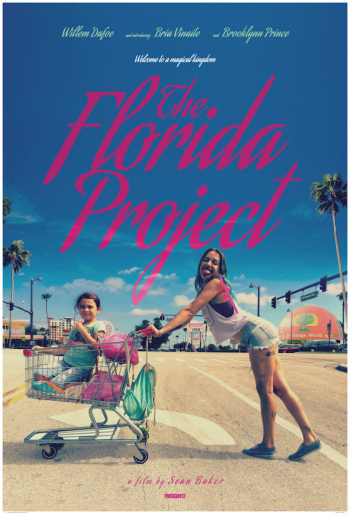 Although the editing could be tighter on Sean Baker’s dramatically infused [ethnographic] study of poverty in Kissimmee, “The Florida Project” remains a moving encapsulation of an escalating human crisis in America.

Willem Dafoe underplays his role as Bobby, the motel’s seen-it-all manager with a heart of gold. Dafoe’s character anchors the film with a responsible adult who looks after the community he oversees with personal investment. 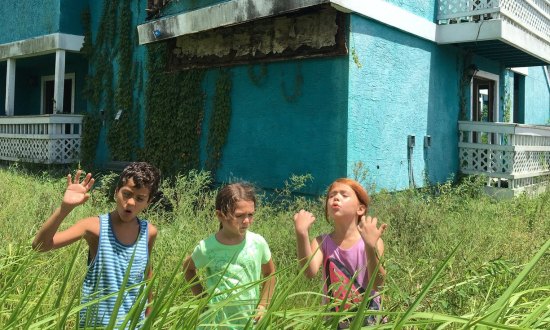 Four all-access wristbands to the nearby Walt Disney World looms as a distant fantasy in the nearby background where the ramshackle remains of a failed suburban housing development mocks the amusement park’s [unshared] financial success. 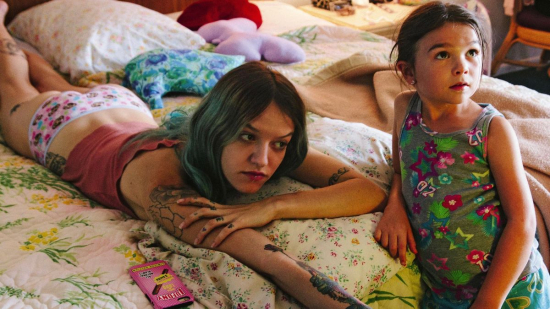 Four all-access Walt Disney World wristbands will run you $1,7000. Weekly rent at the Magic Castle is $38. Paradise is a toxic place. Here is a cultural dead zone that oddly mirrors the sterility of Disney World. The local culture is car shops and reduced price tourist item stores.

These little roustabouts give as good as they get when it comes to cursing out authority figures. The filmmakers let the realism fly during wryly funny outbursts of blue insults from the mouths of babes. This is how kids in these circumstances talk because it gives them a sense of control over their precarious realities.

The kids stop by a local diner every day to receive a free food handout from Halley’s downstairs neighbor, Ashley (Mela Murder). They effortlessly commit criminal acts with the potential to endanger the community. 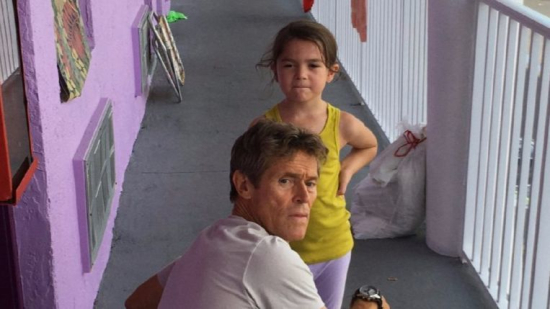 So it is that Baker and co-screenwriter Chris Bergoch peel back the layers of creeping social conditions that corner Halley into more desperate choices. “The Florida Project” is far from a perfect film, but it functions well on a visceral level via its fearless ensemble of child and adult actors. The ending is appropriately upbeat in the face of such repressive social conditions. There is something to be said for fantasy realities.

Posted by Cole Smithey at 06:06:05 PM in American Independent