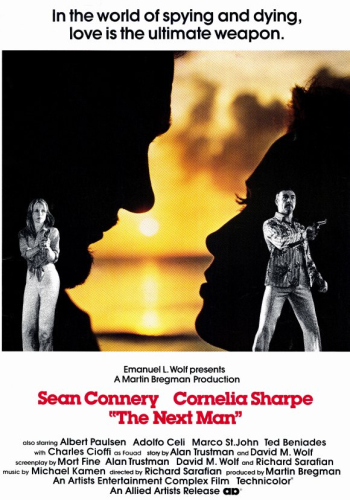 Director Richard Sarafian (famous for the 1971 car-chase classic “Vanishing Point”) helms this absurd and problematic political thriller elevated by the keen efforts of Sean Connery and Cornelia Sharpe. You will likely never witness a stranger conduit for mixed-signaled political intrigue, here involving an Arab minister of state’s attempts to admit Israel into OPEC during the height of the seething oil crisis of the ‘70s. However implausible it is that Connery’s Scottish persona be masked with that of such a died-in-the-wool Arab identity as that of Khalil Abdul-Muhsen, Connery works acting magic to make everything comfortable for the audience. 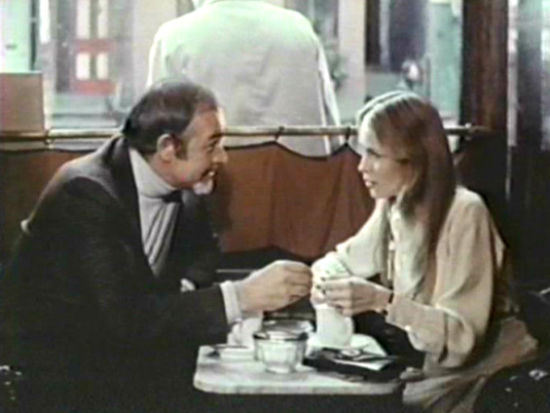 The film has one of the most disconnected and inert opening acts you will ever see. Sean Connery doesn’t even make his first appearance until a good 15 minutes into the story.

Still, the filmmakers do a very clever thing by establishing Cornelia Sharpe’s cold-blooded female assassin Nicole Scott as a cunning killer would put Mata Hari to shame. After completing a kill against her politically powerful “lover” from Nice — she poisons his drink and suffocates him while changing disguises — her Arab bosses send her to seduce and slay Connery. 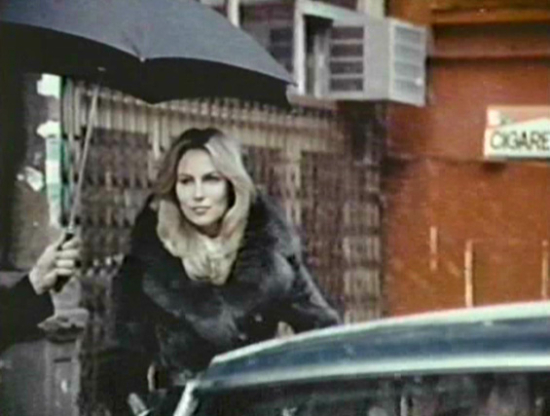 The movie is full of great shots of ‘70s era Manhattan, especially of the Lower East Side and of the World Trade Towers. The film’s shocking climax occurs at 92th and Fifth between the Carnegie and Kahn Mansions. The ending is a sucker punch that will leave many audiences more than a little confused. Nothing in this movie is what it seems. 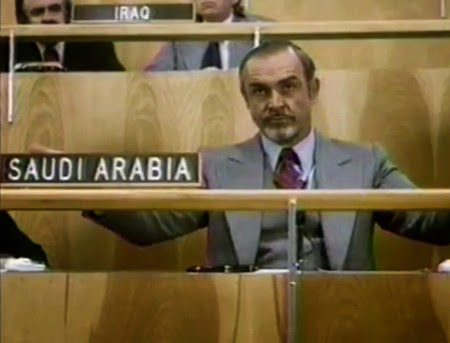 “The Next Man” falls during a fascinating period in Sean Connery’s storied career. He had stepped away from the James Bond franchise five years earlier. Connery enjoyed huge successes with “The Wind and the Lion” and “The Man Who Would Be King” (both 1975) when he signed on for what was to him second nature, playing an international diplomat reaching out to countries at the United Nations. Who doesn’t want to watch Sean Connery speaking at the U.N.? Here is a terribly flawed movie that earns its value via the style and grace of Cornelia Sharpe and Sean Connery. The twist at the end is a good thing too.