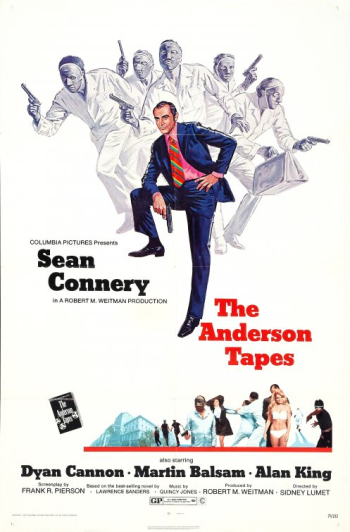 Christopher Walken has his breakout performance as a recent ex-con on a mission with his former prison mate (Sean Connery) to rob the tenants of “1 E 91st Street” — namely the Otto Kahn mansion.

Quincy Jones’s score is no bueno, but the film’s goofy sci-fi sound effects are cheesy beyond belief. Here is a movie that could be made 10 percent better by deleting its sound effects and updating the score.

Nonetheless, “The Anderson Tapes” provides the most up close and personal tour of the beautiful Kahn mansion that you could hope for. This lush building shows up in a lot of movies, but none so explored as the mansion is here. 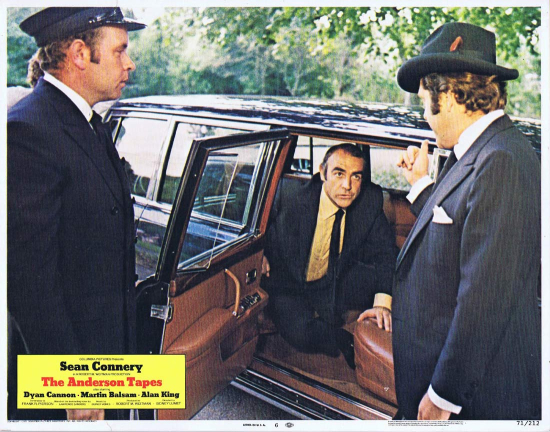 Dyan Cannon provides sexy window dressing as Connery’s girlfriend who belongs to the sugar daddy who owns her apartment in the mansion. 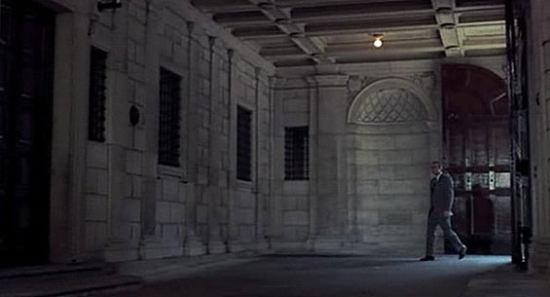 Keep an eye out for great supporting turns from Margaret Hamilton (“The Wizard of Oz”) and from the great Garrett Morris — who went on to fame with Saturday Night Live during the program’s salad days in the ‘70s.

Sure the heist is full of plot holes — how does Christopher Walken get in the van inside the Mayflower moving truck?

For all of the narrative’s focus on the mansion’s high-tech surveillance, the plot point is nothing but a ruse. Although one of Sidney Lumet’s minor efforts, “The Anderson Tapes” functions as a cool retro caper movie full of nostalgic details. The film’s car chase climax is no joke. Did I mention Dyan Cannon is in the movie? Sparks fly from hard and soft surfaces in this kooky heist flick with a great cast. The contrasts between Connery's and Walken's acting styles creates a buoyant effect of character dynamics. This is fun stuff. 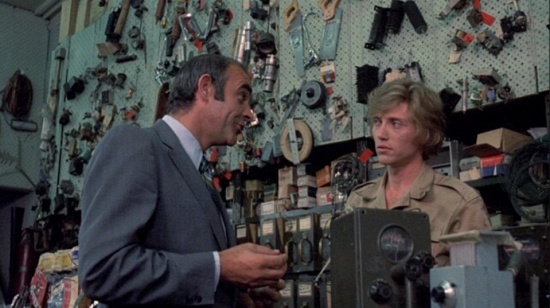