JOAN DIDION: THE CENTER WILL NOT HOLD — NYFF 55 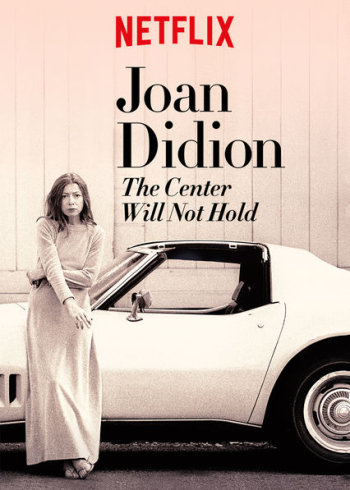 We get that Didion saw through the Central Park Jogger case for the gigantic lie that it was right from the start. Footage of ever tone-deaf political figures Donald Trump and Ed Koch show the idiot side of a coin that should never be turned over from the intellectual rigor that Didion represents for humanity.

Didion foresaw Dick Cheney and the Bush brigade for the war criminals they would become via a doublespeak of “professional insiders attuned to a pitch beyond the range of normal hearing.” However, the film glosses over Didion’s coverage of the war in El Salvador — revealed in her book-length essay. Yes, El Salvador was the most dangerous place Joan Didion ever hoped to be, but we don’t get the gist of her essay or the opportunity to digest her editorial voice from the horrors she witnessed while there. 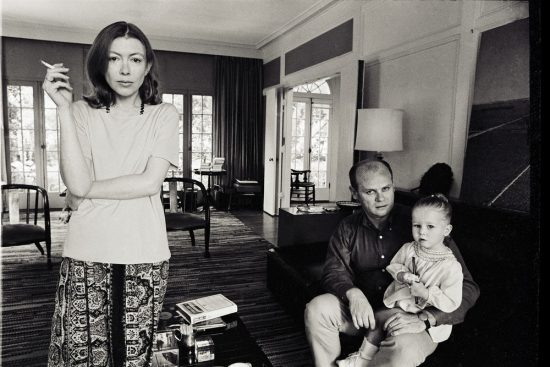 The documentary isn’t as polished as it could be. A lack of chyrons makes identifying interview subjects, such as New Yorker staff writer Hilton Als, difficult. What the viewer does get is a sense of Joan Didion, the person, as a fearless and fierce force-of-nature who could walk into a room occupied by hippies in San Francisco where a five-year-old girl was tripping on acid, and amorally view the incident as “pure gold” from a writer’s perspective. 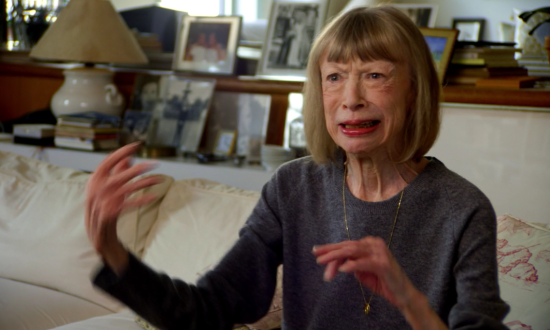 At 82, the waifish Joan Didion expresses herself with dramatic hand gestures that emphasize her thoughts and ideas with indelible articulation. Her poise is flawless. She’s Jackie O, Anna Wintour, and Susan Sontag rolled into one. When President Obama expresses surprise over the fact that Joan Didion had not previously received the National Medal of Arts and National Humanities Medal during the 2013 ceremony, it puts a fine point on how Joan Didion should have received the award before she was so frail. The center has not held, but Joan Didion is still with us as of this writing. Cheers to that.

Posted by Cole Smithey at 01:10:08 PM in Documentary, Women's Cinema