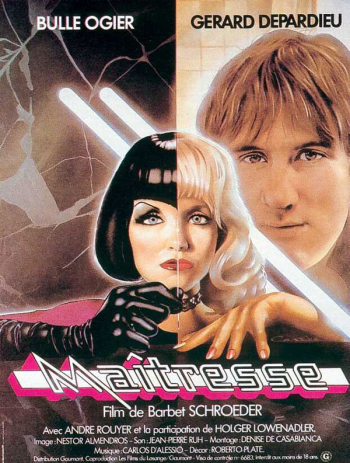 Nestor Almendros unfettered cinematography drinks in the unity of opposites that exist between the casual brutality of the real world as contrasted with the hyper-sensualized acts of humiliation and physical abuse that Ogier’s psychologically confident dom inflicts on her slaves. 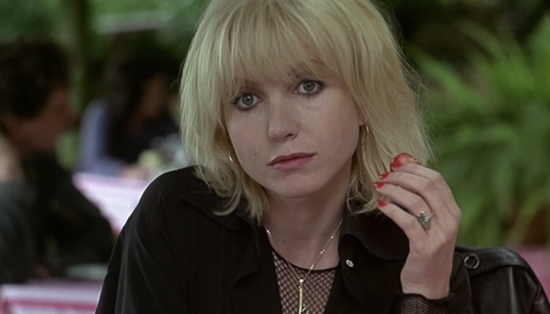 Crucial to Schroder’s non-judgmental treatment of sadomasochism is Roberto Plate’s fascinating production design that separates Ariane’s duplex apartment via a sliding coffee table that opens to reveal a retractable staircase descending into her well-equipped dungeon. The boundaries of Ariane’s lifestyle are clearly delineated. With the aid of her ‘secretary,’ Ariane dresses in a tight corset, costume, and make-up to transform into a cruel mistress capable of executing the most painful of punishments on her willing clients. 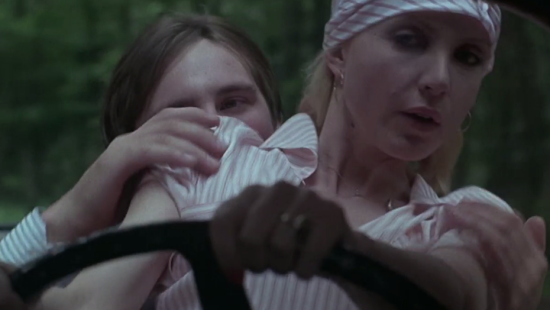 At its heart, Maîtresse is a love story about two free-spirited lovers whose relationship kicks off at the deep end of the psycho-sexual spectrum, and must backtrack from there into a mutual understanding of respect while maintaining their thirst for adventure.