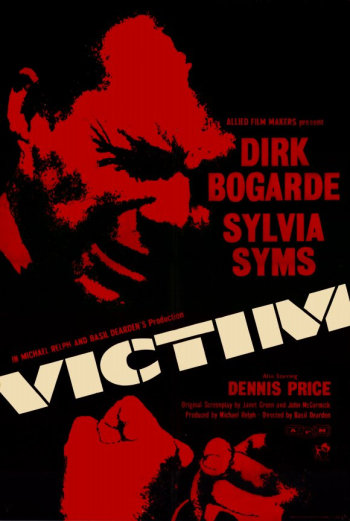 Made in 1961, six years before homosexuality was decriminalized in the UK, director Basil Dearden’s brave filmic treatise on the subject contributed to a sea change of public opinion. Here is a movie that is more riveting than necessarily entertaining, although it is that too.

Dirk Bogard gives a brilliant portrayal of Melville Farr, a London barrister living as a closeted gay man to his loving wife Laura (played by Syliva Syms). Farr becomes connected to a blackmail investigation related to the death of a young man with whom Farr had an ongoing affair. 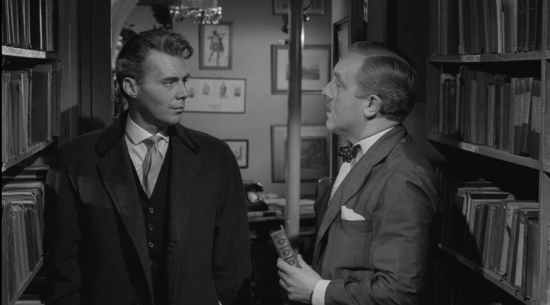 Written by the husband-and-wife writing team of Janet Green and John McCormic, “Victim” is a love story, a who-done-it mystery, and a gripping social drama. Rich details in the narrative‘s social settings — a gay character’s chic apartment, a local pub, or that of a used bookstore — accurately place the political climate of the day. Freedom hardly exists for gay people whose sexual identities are under constant attack from all sides. "Victim" is an essential addition to the LGBT cannon that has the ability to put its audience in a cold sweat. The sense of fear on the screen is palpable. 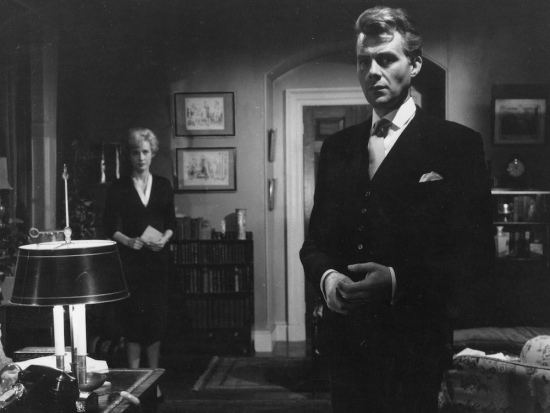