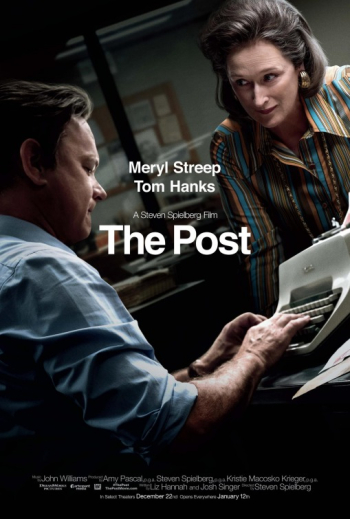 Steven Spielberg’s nostalgic celebration of the heyday of American journalism offhandedly gives deserved praise to such brave patriots as Daniel Ellsberg, Edward Snowden, and Chelsea Manning for their part in speaking truth to power via newspaper institutions (i.e. The Washington Post). However, much gets lost in this film’s meandering script that takes far too long to kick into gear before settling on an overleveraged climax that is underwhelming at best.

The film focuses on events surrounding President Richard Nixon’s attempts to legally quash American newspapers from publishing extracts from The Pentagon Papers, which revealed a decades-long cover-up regarding truths behind America’s failures in its senseless war in Viet Nam. The script (by Liz Hannah and Josh Singer) is sophomoric. “All The President’s Men” this is not. 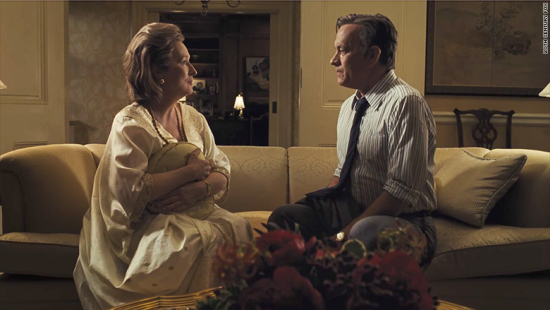 Meryl Streep, as Washington Post publisher Kay Graham, runs circles around Tom Hanks in his role as Post executive editor Ben Bradlee. Not since “Papillon,” where Steve McQueen upstaged Dustin Hoffman, has such obvious head-cutting between actors been so glaring. They might just as well have titled the film Meryl Streep’s Washington Post. Hanks fails to craft a believable character, while Streep’s portrayal is utterly convincing. There is no comparison.

“The Post” isn’t an awful movie; it just isn’t very good. Sure, you’ll come out of it feeling all fuzzy about a time when newspaper editors fought the good fight with everything in their arsenal of editorial responsibility, but those days are long gone. American media panders to the public to do their job for them as they use every clickbait trick they can think of while denigrating their already dumbed-down content with distracting online ads and video ads that autoplay as soon as you start to scroll.

Every time you see a rhetorical-question lede (“Has Elway broken the flawed Broncos’ championship window?”) or hear an NPR host or guest say “sort of,” realize that there is no such thing as responsible editorial reporting in the American media anymore. That’s something “The Post” doesn’t tell you. In the words of John Wesley Harding, “you don’t get to read the news in U.S.A. Today.”