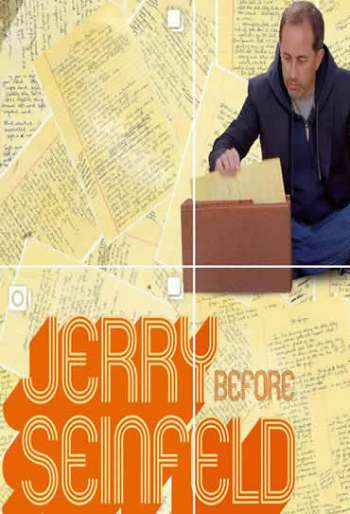 Jerry Seinfeld caps off his comedian’s masterclass web series (“Comedians In Cars Getting Coffee”) with a beautifully conceived, and executed, performance of the exact jokes he told while climbing his first stairs of stand-up comic success back in the mid ‘70s. Manhattan’s Comic Strip comedy club, located at 1568 2nd avenue between 81st and 82nd streets, provides the original venue where a teenaged Jerry Seinfeld honed his first bits and comic chops.

Many of the jokes are from Jerry’s childhood. He tells about being a kid and admiring adult men’s habit of checking their pockets for objects they clearly don’t possess. We get a glimpse of Jerry’s “Superman” bookends he’s had since his boyhood, exhibited on the back of the piano of the Comic Strip’s tiny stage.

The hilarious stand-up performance switches periodically to docu-styled narrated sequences that take us to locations where Seinfeld built his early reputation as a world-class comedian. We see him sitting in the same department store window at Madison and 57th street where he ate his lunch every day when he was 21, and dreamed of being able to live off a loaf of bread as a professional comedian. 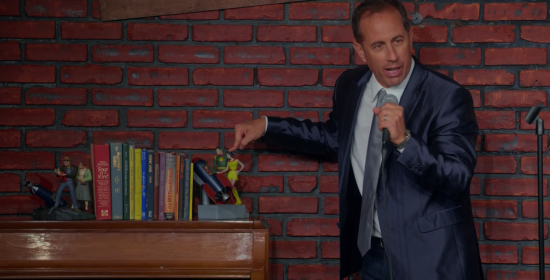 Jerry takes questions from audience members as he flashes through performing his early jokes with exquisite timing, phrasing, and physical embellishments. His material is so sturdy, clean, and quick that Jerry Seinfeld’s stream-of-thought reveries hit you with a seamless logic of inevitable laughter. A more polished comic performance you will likely never witness. It’s no coincidence that Michael Bonfiglio (“Oprah’s Master Class” television series) is the filmmaker behind this perfect example of stand-up comic entertainment. 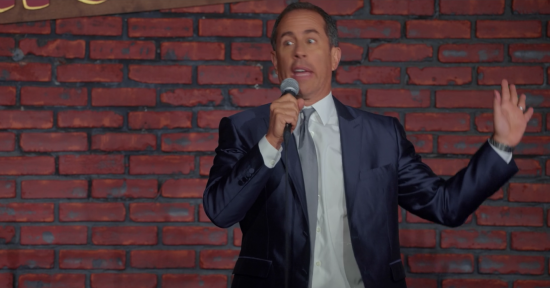 Jerry Seinfeld is currently running victory laps in overdue response to his legendary career as one of history’s most popular comedians. “Jerry Before Seinfeld” (a reference to the “Seinfeld” television show that ran for nine seasons) is a thoroughly enjoyable comic romp with a ton of historic context thrown in for fun. Here is a comic performance that’s from the ages, and for the ages. It doesn’t get any better than this. 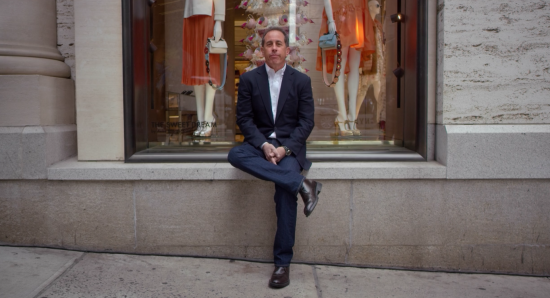