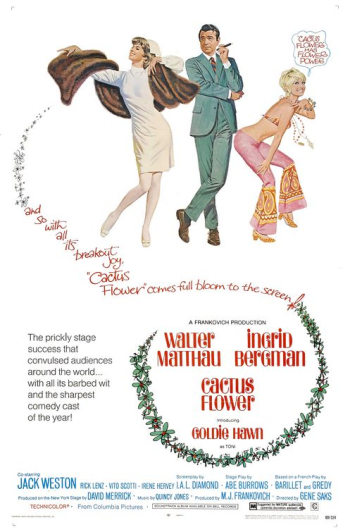 Based on a Broadway play that was based on a French play (“Fleur de cactus” by Pierre Barillet and Jean-Pierre Grédy), this is a 1969 romantic comedy with style, wit, charm, sophistication, and several delightful moments of women’s lib in action. The women in the story set the ethical and moral standards even if by default.

The movie also happens to be a great time capsule of late ‘60s fashion, music, and culture in Manhattan. Check out all of those Beatles albums on the wall of the record store where Goldie Hawn works.

Guggenheim lovers look out for a date scene with Walter Matthau and Goldie Hawn in the green-lit museum where there turns out to be a very pronounced echo. 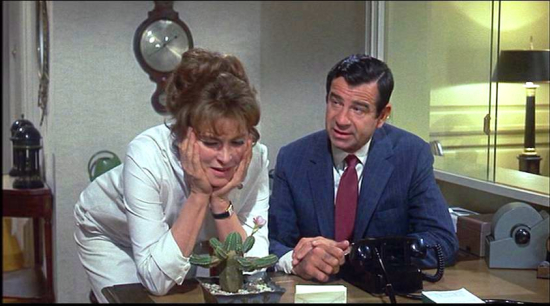 Gene Saks (“The Odd Couple”) again directs Walter Matthau, this time as Dr. Julian Winston, a Midtown dentist in love with Toni (Goldie Hawn in her feature film debut), a hippie chic half Julian’s age. Julian’s lies to Toni, about having a wife and three kids, catch up with him when he decides to pop the question. Keep in mind that Toni is suicidal, and is being watched over by her doting neighbor Igor (Rick Lenz), who saves Toni’s life. Igor is on the prowl for Toni even if it means stealing her away from Julian. 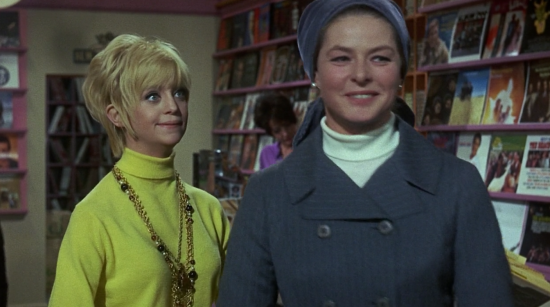 Julian’s loyal nurse and secretary Stephanie Dickinson (Ingrid Bergman) suffers an awful indignity when Julian invites her out for a drink only to plead for her to pretend to be his wife while meeting Toni. Julian is naturally oblivious to the torch that Stephanie carries for him. She makes him chicken-and-egg-salad sandwiches for crying out loud. 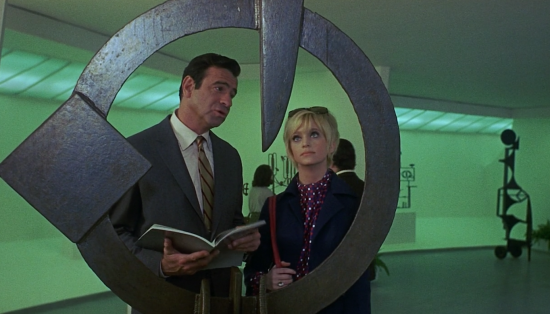 Goldie Hawn uses her large expressive eyes and effortless physicality to great visual effect for her slinky character. There's more than a little Edie Sedgwick in Goldie Hawn's appearance. In return, the straight-laced Matthau walks a fine line as a reprehensible liar you can’t help but adore even if he is a dentist. “The Bad News Bears” was yet to come as another milestone performance in a long and treasured career. 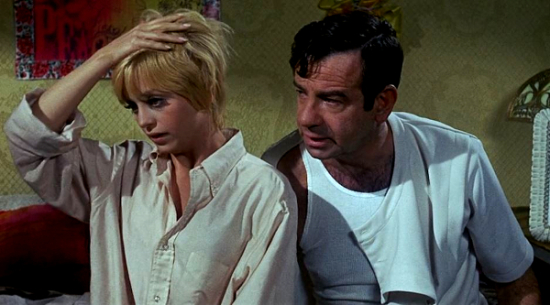 Ingrid Bergman, however, is this movie’s secret weapon. Bergman proves to be a crafty comic presence that links the film’s bawdy humor to darker emotional colors. She get laughs too. The international movie star of “Casablanca” and “Spellbound” savors the driest dialogue with naturalism, depth, and a whiff of magic dust. Ingrid Bergman’s performance is just delightful. This is as good as Cinema gets, a genre film with all of the ideal elements in place. 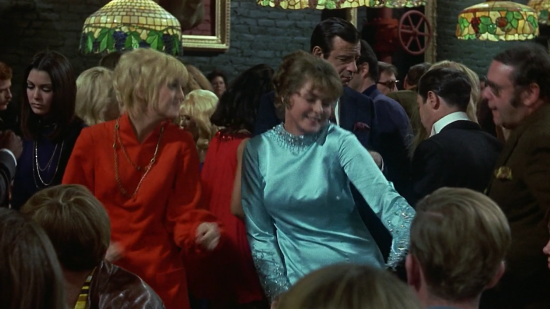 “Cactus Flower” is a hidden gem. The scene between Toni and Stephanie, in the record shop where Toni works, is worth the price of admission alone. Bergman and Hawn are so much fun to watch. A dance floor duet between the actresses also pays off on the film’s entertaining premise of star-crossed lovers finding their way toward one another.

Posted by Cole Smithey at 12:49:26 AM in Romantic Comedy, Women's Cinema