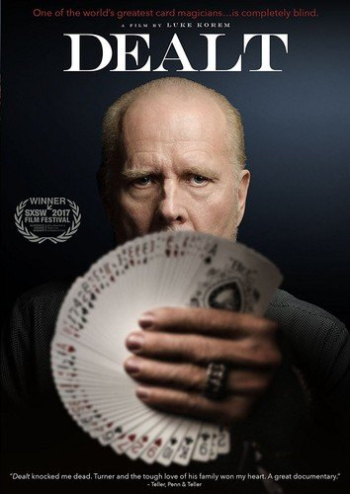 Luke Korem’s Cinema Vérité documentary about “card mechanic” Richard Turner is an exquisitely told story of an incredibly talented man’s journey toward becoming a stronger individual with the support of his loving family.

Turner practices with three to five decks of cards a day for 16 hours every day, as he has done for most of his life. He give performances where he demonstrates card cheat tricks used by dealers to control card games. Mr. Turner can cut a deck of cards precisely in half-stacks of 26 in a less than a second. True wizardry resides in Richard Turner's constantly moving hands that each endlessly manipulate decks of cards. 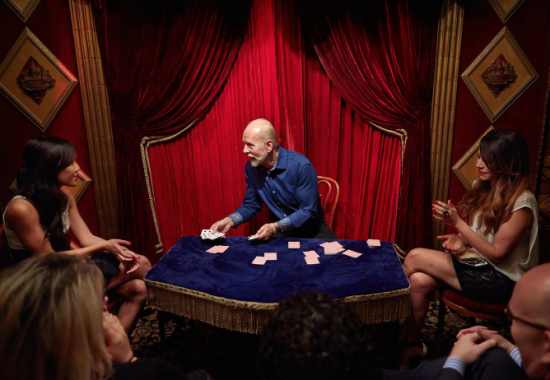 “Dealt” is a documentary of such deep human beauty that the less you know going in, the more fresh your experience will be when you watch the film. Stop what you're doing and stream this movie with your friends and family. I promise you’ll be affected in a positive way. 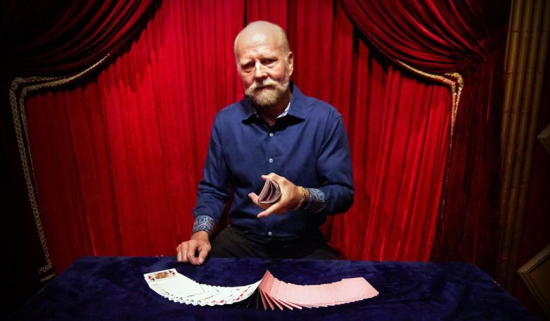