Jim Jarmusch’s debut feature is an idiosyncratic if evocative character study of Allie (short for Aloysius), an outsider (played with vulnerable curiosity by Chris Parker). Allie has transitioned from being a latchkey loner as a kid to a Lower East Side drifter. Allie's mom rots away in a mental hospital. His personality is in flux. Allie doesn’t need more than the clothes on his back to float around on a philosophical vibe that is nothing if not independent. A yo-yo in his pocket represents a throwback to his childhood days. With his rockabilly haircut, stylish shirt, and a blazer this is one cool kid.

“You know, sometimes I think I should just live fast and die young. And go in a three-piece white suit like Charlie parker. Not bad huh?” Jarmusch captures Manhattan’s empty, rugged streets of the late ‘70s as an alien landscape where empty lives play out in poetic silence punctured by car horns or a lone saxophone. The film feels as though it’s in black and white although it’s in color. 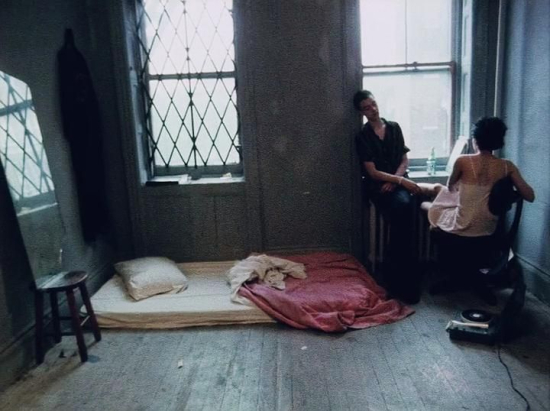 Some might call “Permanent Vacation” a shaggy dog story for its wandering sense of anticlimactic narrative, but the film is much more than that. It makes you care about Allie, and the actor playing him, with an empathy that few films ever attain. When Allie takes a dishonest turn, we can't help but go along with his crime. Is this kid a dead-end loser, or is Allie destined for greatness? Will he ever establish his full voice? We can see the poetry in his dance moves, but how will that youthful expression ever find an outlet inside or outside of society? 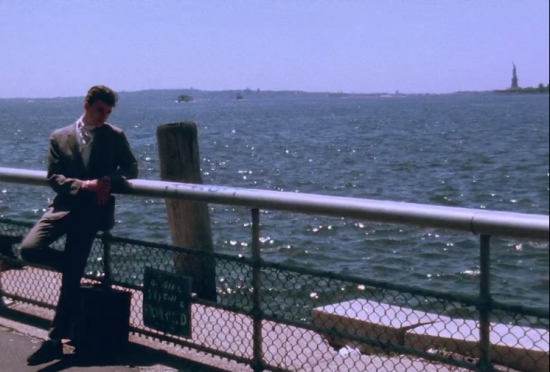 “Permanent Vacation” represents a state of mind and space that doesn’t exist anymore. Technology has wiped out the possibility for such introspection. So much is lost that can never be regained, or can it? Watching this movie is one of the few tunnels back to a time and place where you could think. It’s a groovy movie to think along to. 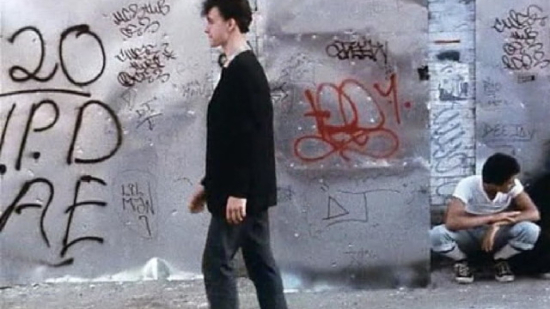 Posted by Cole Smithey at 12:47:58 AM in Independent Cinema