« THE REMARKABLE LIFE OF JOHN WELD | Main | MADE IN SHEFFIELD » 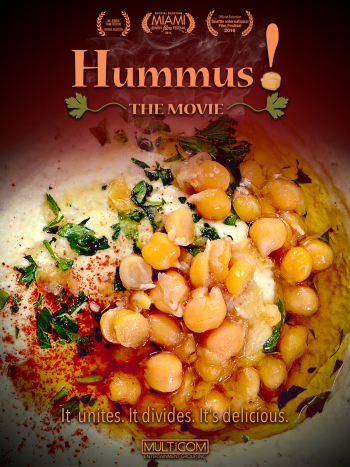 More character and social study than the historically relevant document you might hope for, “Hummus! The Movie” comes up short. It doesn’t help that a stark omission of necessary subtitles will prevent English speaking audiences from understanding a significant portion of the documentary. A lack of chyrons places further distance from the viewer.

We’re introduced to several Middle East restaurateurs who feature hummus on their menu to the delight of crowds willing to wait on line for culinary delights. We learn that Christian monks in Abu Gosh, Jerusalem are big fans of hummus. 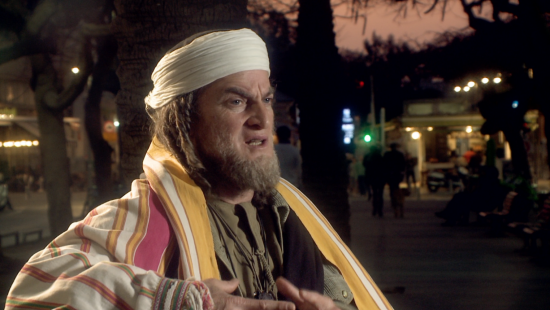 A tale of rival hummus shops fails to deliver a punch line. Still, the film wins points by introducing us to one hilarious individual in the guise of a man who is a teacher, mentor, hip-hop singer, DJ, rabbi, and grand master of an untitled martial arts system. This dude is a stone-cold trip. Here is one fascinating character who deserves a documentary more than hummus does, in the context of this picture anyway.

Glaringly, the filmmakers don’t engage audience taste buds accustomed to watching Top Chef Masters. We need to hear a chef wax poetic about the fresh lemon brightness, and bite of parsley, to begin to imagine what makes this food such an ideal canvas for other flavors to harmonize. 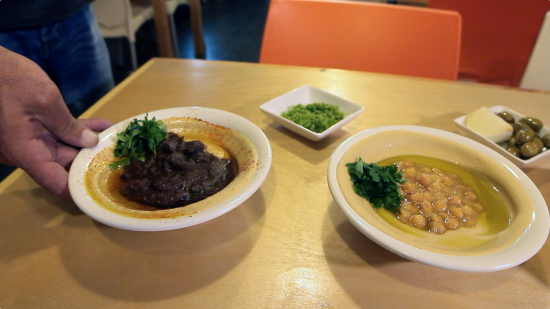 I love hummus; I eat it all the time. Sadly this movie doesn’t move me to understand or enjoy hummus any more than I already do. That’s not to say that this movie was obligated to do such a thing, but it didn’t hold my interest enough to not consider such details. Here is a perfunctory documentary that doesn’t inspire its audience on any level. What a waste.