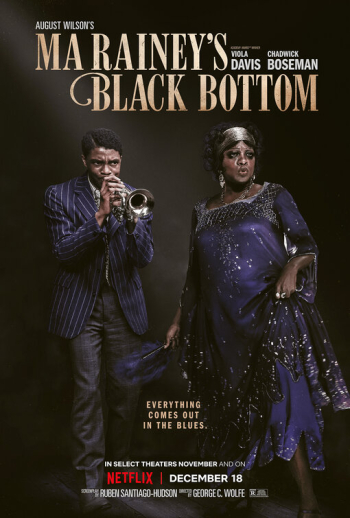 Viola Davis returns to her familiar August Wilson stomping grounds to deliver a virtuosic performance of infinite realism. She won a Tony Award  in 2001 for her role as Tonya in Wilson's play "King Hedly II," and won her second Tony for her role as Rose Maxson in the 2010 Broadway revival of August Wilson's "Fences." 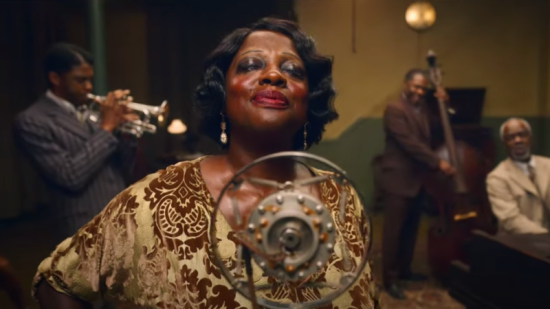 Viola Davis once again does August Wilson proud, this time as real-life '20s era blues singer Ma Rainy. Bessie Smith ain't had nothing on Ma. Davis does the impossible with a heartfelt if impeccable portrayal of a no-nonsense character capable of lifting the spirit of a nation. Davis is electric every second she's onscreen. It will be a sin if Viola Davis doesn't win a Best Actress Oscar for her indisputably magnificent performance here. You want to talk "scary?" This is nothing but rubber on road baby. Hairs will stand up on the back of your neck. 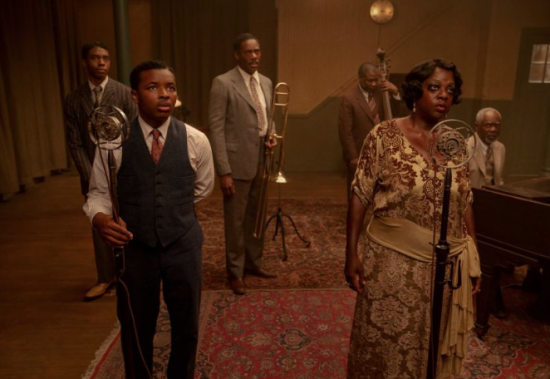 The drama revolves around a recording session in a studio run by two greedy record producers anxious to milk Ma Rainey and her talented musicians for all they're worth. These dirty little men get much more than the bargained for in the guise of a black woman in full charge of her dignity, her taboo sexuality, her songs, and her voice. Ma gives better than she gets. Ma's serves her revenge both hot and cold. 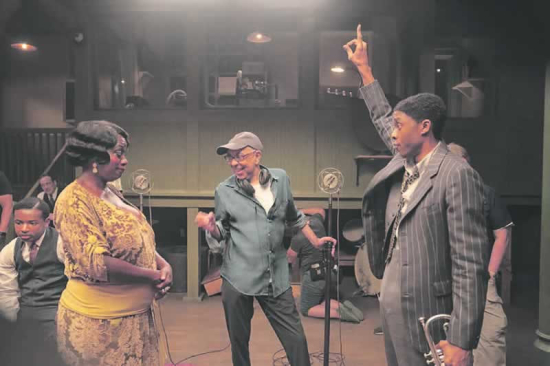 August Wilson’s 1982 deep-dive American social study shows its robust inner nature under George C. Wolfe’s commanding direction. The film’s opening music hall number will knock you out. It took some good old August Wilson dramaturgy to shine a light on our current societal ills of racism through a micro/macro lens. The drama floats on Wilson's brilliant writing. This is the stuff of historic, theatrical, and cinematic legend. 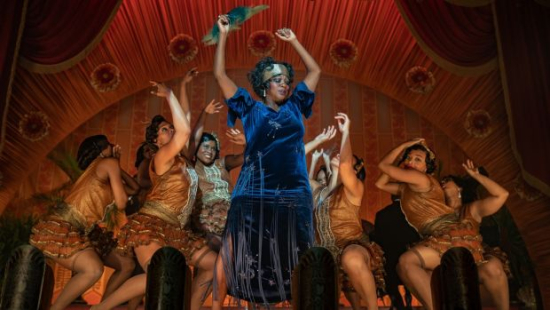 Branford Marsalis’s musical leadership grounds the film’s blues music with an appropriate rawness and purity that gets right to the point. The devil and the angel are going to fight. You can guess which one is which, or which one will win. 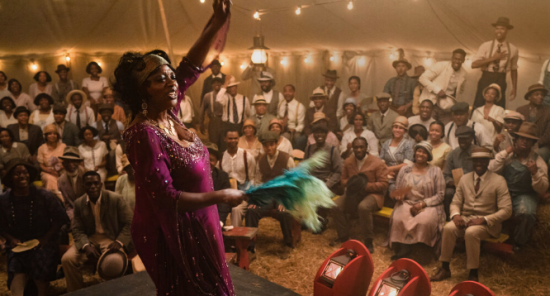 It does Viola Davis no slight to say that every member of her exquisite co-stars carries their own weight with solid response to her reliable governance. Chadwick Boseman gives the performance of a lifetime as a gifted trumpeter with a smart sense of style, and a traumatic episode in his past. We fall in love with Boseman’s youthful heart-on-sleeve facial expressions and lose body language that let seep the pain and passion his character Levee feels, along with his burning ambitions to cash in on the American Dream with his advanced musical skills. 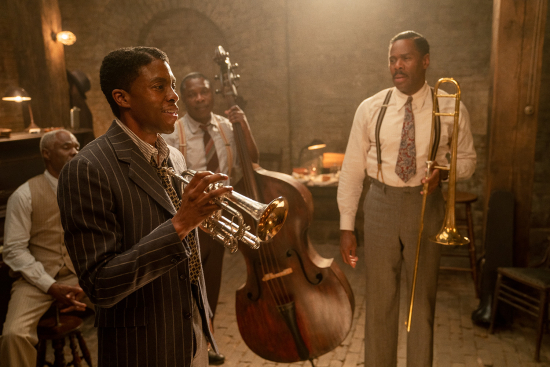 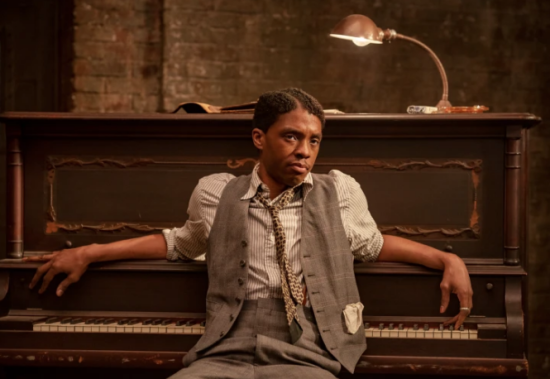