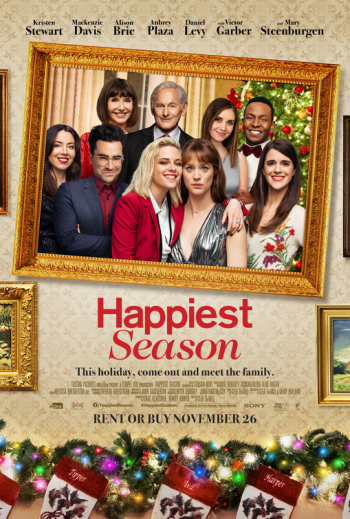 Awesome. Move over “Home For The Holidays” (Jodie Foster’s 1995 holiday favorite); there’s finally a better family holiday movie for audiences to rally around.

Director/co-writer Clea Duvall creates an hilarious holiday comedy with modern sensibilities relating to sea-changes in American culture. The LGBTQ movement gets proper recognition through the lens of lesbian couple Abby (Kristen Stewart) and Harper (Mackenzie Davis), whose relationship reaches a crisis of familial truth-telling over Christmas. The movie brims with and undercurrent of humanity. Oh but for benevolence, that long ignored value in American culture. 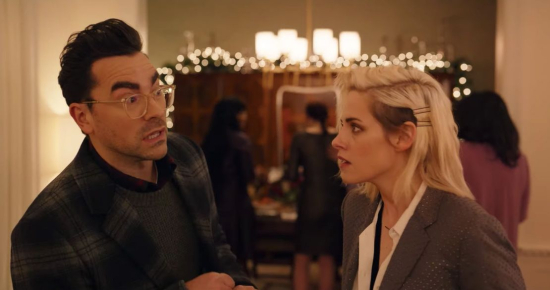 Harper’s gay-closet status comes up for inspection when she invites Abby to her high-powered family’s Christmas reunion. Dad (Victor Garber) is a local politician with a wife named Tipper (Mary Steenburgen); you can guess how judgmental mom and dad are about who, how, and why their daughter Harper is dating. 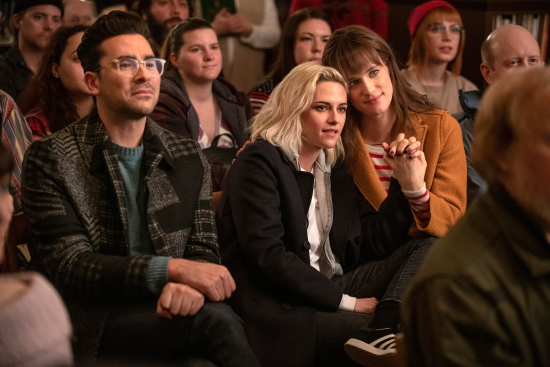 Chewy plot twists come at regular intervals via inspired characters delightfully fleshed out by the likes of the always awesome Dan Levy, Alison Brie, Aubrey Plaza, and actor/co-writer Mary Holland. There isn’t a scrap of fat in this exquisitely paced holiday comedy that plays to Kristen Stewart’s strengths as an icon of sexual freedom. The times are changing faster than ever. It might already be time for Clea Duvall and Mary Holland to start work on a “Happiest Season” follow-up for Christmases yet to come.