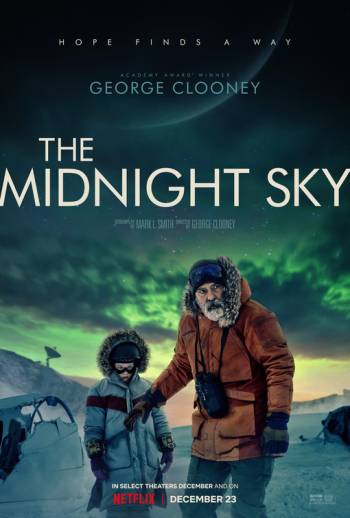 You might need coffee. As a filmmaker, George Clooney still has some things to learn about pacing, shifting tempos, and editing. “The Midnight Sky” is far from being near perfect but still manages to hit its emotional marks regardless. The special effects are impressive even if some of its plot aspects test the boundaries of logic and reason.

One of “Midnight Sky’s” most notable elements is its place as a big budget film made outside of the Hollywood system, it this case by Netflix. Move over Hollywood, there's a new sheriff in town.