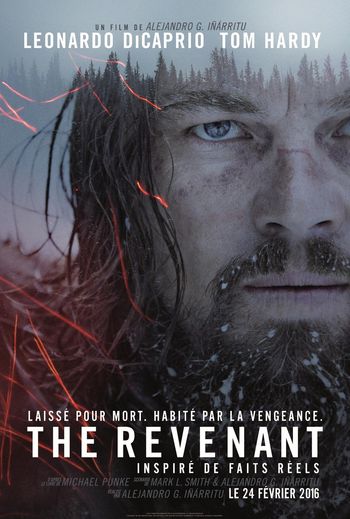 While the film has its flaws (it runs long at 156 minutes yet the ending feels rushed) Leonardo DiCaprio’s virtuosic (largely silent) performance goes hand-in-glove with the story’s brutal snowy set pieces.

One such sequence, about a bear mauling, has Iñárritu using state-of-the-art filmic technology to create a startling depiction of violent reality. The visceral result is unlike anything you've seen before. This is hold-onto-your-seat scary stuff. Iñárritu’s regular cinematographer Emmanuel Lubezki frames the almost exclusively outdoor action with a poetic visual sensibility.

Survival and revenge make for a marathon storyline that follows a shrinking band of fur-trappers led by Leonardo DiCaprio’s Hugh Glass character. Native American tribes launch repeated attacks against the white men who kill them, their animals, and steal their land. The year is 1823 in the territories now divided into the Dakotas, Montana, Wyoming and Nebraska. Glass is a different type of interloper. He lives in the territory with his Arikara Native American wife and their son Hawk (Forrest Goodluck). Caught between two worlds, Hugh Glass presents a walking contradiction, and not an entirely sympathetic protagonist.

Glass achieves “animated corpse” status after being twice mauled by a mother-bear. 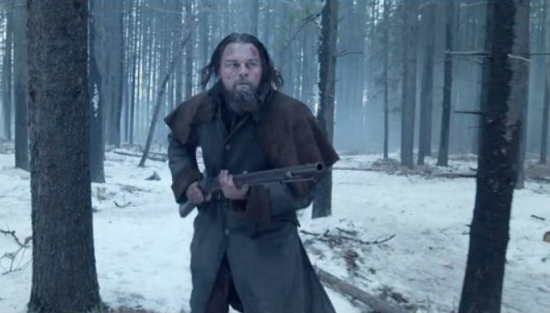 Tom Hardy’s opportunist trapper Jon Fitzgerald is hired to stay behind and look after Glass, alongside Hawk and another trapper. Needless to say, Fitzgerald has plans of his own that don’t involve playing wilderness nurse to Glass, whom he abandons. But Hugh Glass proves tougher than nails when left alone to survive in the harsh elements with revenge on his mind. 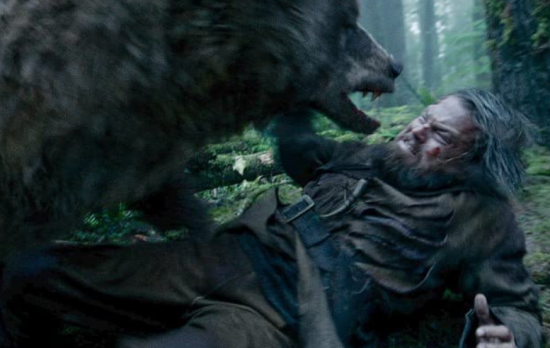 “The Revenant” works better as a survival adventure story than it does than a revenge fantasy. The cautionary aspect of chasing revenge gets mitigated in a violent climax undermined by a pat element involving the Arikara tribe. That said, this is big-screen spectacle with plenty of heart and flesh at stake. Not since Kevin Macdonald’s “Touching the Void” has a film made its audience feel so cold and desperate. Dress warmly. 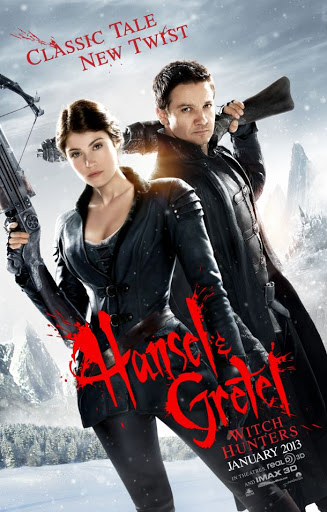 “Hansel & Gretel: Witch Hunters” could be a poster-movie for the exact type of gratuitously gun-heavy Hollywood flick that is being blamed for planting seeds of violence in young viewers. Bearing no resemblance to the Brothers Grimm fairy tale alluded to in its title, the R-rated movie is nothing more than an excuse for a series of barely connected fight and battle scenes than include numerous decapitations, exploding bodies, and plenty of guns being fired in the name of killing witches. Yawn. Writer-director Tommy Wirkola’s pitiful excuse for a script frequently makes continuity-breaking leaps that show no regard for the audience. Not even the least amount of disbelief suspension is maintained. 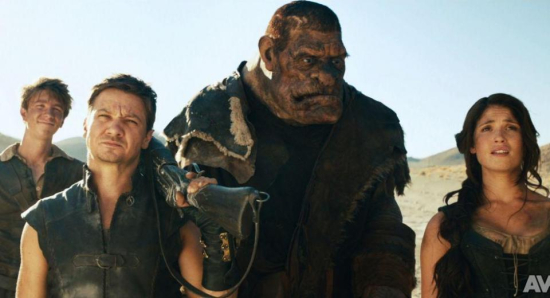 Most disconcerting is Jeremy Renner’s participation in a movie that sends his rising-star-career crashing down to a subterranean depth. Although set in medieval times, the movie is besieged with silly modern slang and weapons more befitting a 19th century spaghetti western. The Steampunk presentation is a travesty of clashing styles. 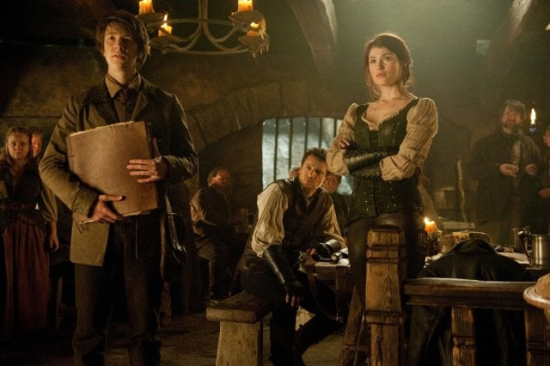 Renner and co-star Gemma Arterton play grown-up versions of the fabled kids that killed their candy-house captor, an evil witch who intended on eating them. Immune to witch spells for some mumbled reason, the bloodthirsty siblings travel between “shitty little towns” saving falsely accused witches, and killing off actual female practitioners of the dark arts.

A friendly CGI troll named Edward comes to Gretel’s rescue during a period when she is inexplicably separated from her badass brother. One-dimensional supporting efforts from Peter Stormare — as a slimy sheriff, and Famke Janssen — as the biggest and baddest witch of them all, just add insult to this awful film.

Posted by Cole Smithey at 9:07 PM in Action/Adventure | Permalink | Comments (0) 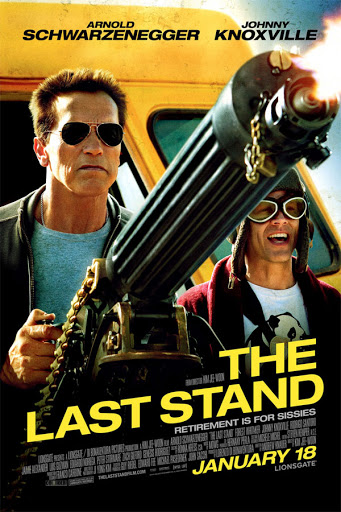 After watching Arnold Schwarzenegger’s lukewarm performance, you’ll hope that this bombastic exercise in gunplay is his last stand as an actor. Made up of composite cliché parts from various action flicks, “The Last Stand” is an oddly stilted affair.

The former Governator plays Ray Owens, the badass sheriff of Sommerton Junction, a small boarder town that marks the final U.S. pass-through for escaped Mexican drug lord Gabriel Cortez (Eduardo Noriega). Cortez is on the run from Las Vegas FBI agents. With a female FBI agent hostage sitting in the passenger seat, Cortez hits speeds of over 200 mph in a stolen supercharged Corvette. The Chevrolet product placement couldn’t be any more obvious. The lawless speed-demon gets considerable advance road assistance from a gang of well-armed greasers led by Peter Stormare’s pathological killer Burrell.

Screenwriter Andrew Knauer doesn’t bother himself with too many continuity details regarding the staging for the film’s slow-to-arrive title climax on Sommerton’s main street. The movie reads as a puff-piece of pro-NRA propaganda. Guns and ammunition are fetishized. When a faceless baddie shows up in granny’s front room, she reaches into her handy knitting basket for the gun that will end his time on this planet.

Director Jee-woon Kim (“I Saw the Devil”) captures the fragmented eruptions of violence without giving a sufficient degree of character- illumination in the process. The effect is akin to watching a cartoon where you’re not familiar with the characters. Here’s one more mediocre movie ejected into the realm of January multiplex hell.

Posted by Cole Smithey at 6:17 PM in Action/Adventure | Permalink | Comments (0)