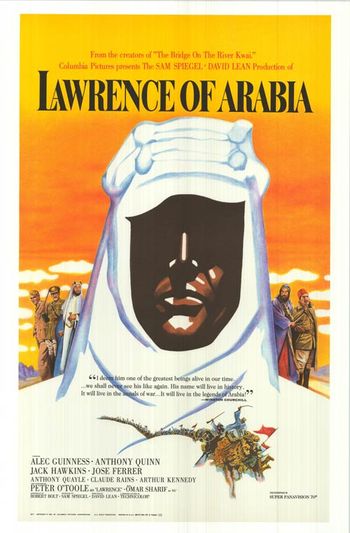 Celebrated British director David Lean’s “Lawrence of Arabia” is a textbook example of “epic” cinema. Like the previous year’s “West Side Story,” Lean filmed it in Super Panavision 70 [mm], to capture stark desert locations with an awe-inspiring sense of depth and beauty. A magnificent establishing shot of the enormous sun rising over the Arabian Desert remains one of the most breathtaking moments in cinema history, and sets the tone for the episodic saga that follows.

Casting the chameleon-like Peter O’Toole in the title role proved to be a masterstroke. O’Toole’s subtle yet emotionally charged performance allowed uninformed audiences of the time to subconsciously grasp the suppressed motivations of a latently homosexual man searching for sexual freedom in an atmosphere of sudden violence in the most remote reaches of the planet.

Maurice Jarre’s overused, expansive theme music sets the film’s operatic tone during an extended intro sequence that winds down to show Lawrence as a retired British soldier who suffers his untimely death at the age of 46 while riding a motorcycle through the Dorset countryside, so ironic considering the dangers he’d survived. Lawrence’s well-attended funeral at London’s St. Paul’s Cathedral allows for some snide editorializing from an American newspaper reporter who plays a crucial role in the backward-looking saga that elevated Lawrence from a mere mortal to an unwilling icon of British imperialism. That Lawrence held nothing but contempt for his country’s vile warring machinations only adds to the military officer’s inscrutable complexity as a man in search of meaning, and a mate.

Nothing about the story is predictable. We understand that Lawrence is a masochist from the way he habitually lets matchsticks burn down to his fingers. “The trick is to not mind the pain” he says with pride.

Any preconceptions of a political agenda are put to rest. Filmed during the final collapse of colonialism, the movie resists nationalistic propaganda at every turn. Lawrence accepts a one-man mission from his British officers to assess the Arab revolt against the Turks in the interest of Britain’s goal to destroy the Ottoman Empire. Before leading a guerrilla army against the Turks, the blue-eyed Lawrence reaches an epiphany of self-discovery when he decides the fate of a young man whose life he once saved by reversing direction alone through the desert to rescue him. Other milestone experiences of transformation, endurance, and violence transform Lawrence into a bloodthirsty warlord, if only for a while. Although Lawrence goes native for an extended period of time, he is never able to shed his Britishness in the way he hopes. For him Arabia remains just out of reach. 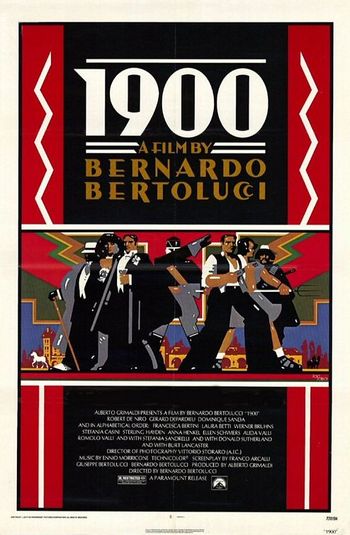 A majestic political and artistic triumph, and one of the finest films of all time, "1900" (made in 1976) is Bernardo Bertolucci's crowning achievement and the benchmark of collectivist socio-political cinema. Set on a grand scale, and formally composed, this Italian drama is about a community of peasant farmers spanning the period between the turn-of-the-century Belle Epoque and the end of World War II, as seen through the eyes of two socially opposed boys. That this internationally cast epic was made possible because of the success of Bertolucci's controversial "Last Tango In Paris" (1972) contributes to the mystique of "1900."

The 35-year-old director's newfound status as both a commercially viable and visionary filmmaker allowed his imagination to run free, at the height of his powers, to complete his trilogy of films about Italian Fascism with an original script co-written with his brother Giuseppe and Franco Arcalli (both were co-screenwriters with Bertolucci on "Last Tango"). 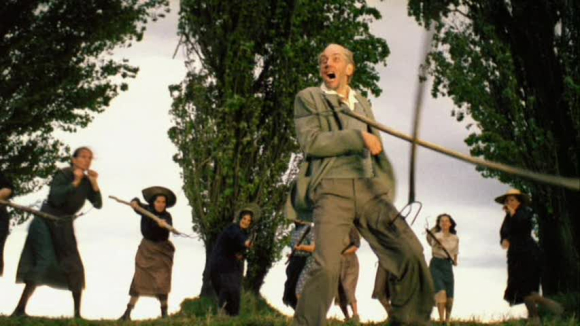 Whereas the first two films in the trilogy ("The Spider's Stratagem" - 1970 and "The Conformist" - 1971) exist in a stylish bourgeois noir world of cloaked deceit, "1900" explores a vibrant ancestral identity shared by a group of socialist farmers, the landowners for whom they work, and fascist factions penetrating rural Parma, Italy. The film’s half-century scope provides a macro/micro slant on psychological, generational, political, and cultural changes in the region of Bertolucci's birth. Following the contained, and at times claustrophobic, expressionist style of "Last Tango," "1900" is a 180-degree turn into a wide-open direction.

For his thirteenth film Bertolucci wanted to express what he saw as Italy's transition from a "multi-culture" society to a "mono-culture" due to the influence of the industrial revolution — and capitalism more precisely. The thick-layered chronicle doesn't sweep across time so much as it escorts the audience through indelible composite events viewed through the prisms of personal, social, and political narratives. Luchino Visconti's influence — as well as that of Bertolucci’s favorite director Jean Renoir — arouses "1900's" authentic sense of time, place, and attitudes of the period. Bertolucci mentions following Renoir's advice to "always leave a door open on the set, to allow reality to enter into the film." The result is a defiant naturalism and erotic candidness that colors the film with bursts of shockingly raw emotional energy. 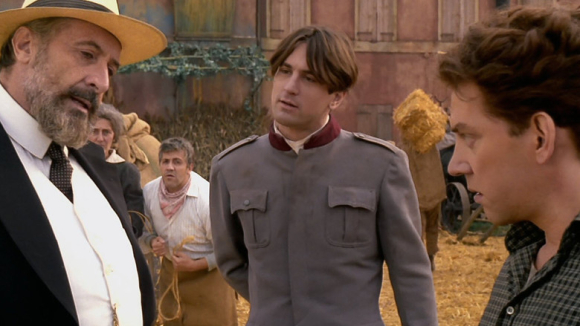 Bertolucci's usual cinematographer Vittorio Storaro (“Last Tango”) captures a dazzling color palate for a distinctly idealistic vision in "1900," which runs from Van Gogh-inspired hues of golden hay to cold gothic grays that follow the story from spring through winter — from youth to old age, from hope to postwar collapse.

The film's Italian title "Novecento" ("Twentieth Century") clarifies better than its American designation Bertolucci's intent to depict the first half of the 20th century through a utopian vision of poor communitarian farmers living and working on an expansive country vineyard estate for their patriarchal padroné masters. We follow the trajectories of Olmo and Alfredo, born on the same day from opposite social classes. Three generations of historic experience depict rural life in Italy from peace to fascism to war. 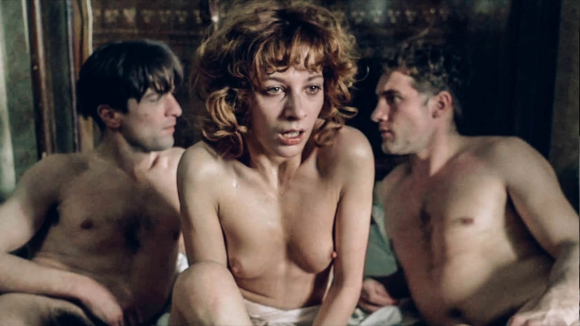 As "1900's" iconic deco-themed red-and-black poster implies, the story is a complex study of social decay under the world's longest experiment with fascism, the 22 year long regime of Benito Mussolini. In spite of what some critics saw as a failed leftist screed, Bertolucci had no illusions regarding the potential for "1900," or any movie for that matter, to effect social change. For as passionate as Bertolucci's depiction of the peasant struggle is, he remains surprisingly ambiguous in representing matter-of-fact narrative threads that defy misinterpretation. For the sprawling amount of time the story covers, "1900" achieves an escalating, concussive dramatic punch through Bertolucci's magnificent use of montage to create scenes of a fictional history — as translated from stories shared by local farmers in Parma, Italy.