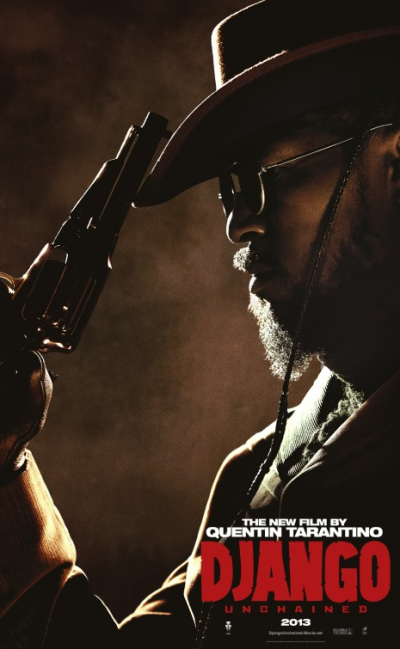 You know from Tarantino’s audacious choice of intro music — the haunting theme song from Sergio Corbucci’s iconic 1966 Spaghetti Western “Django,” that the maestro-of-all-things-tasty has many surprises in store for his delighted audience. 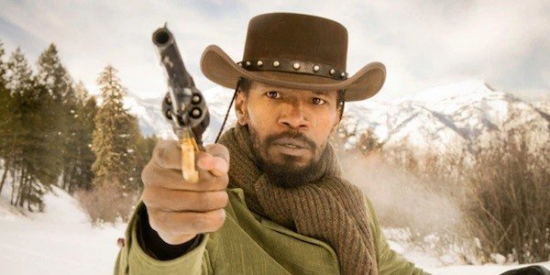 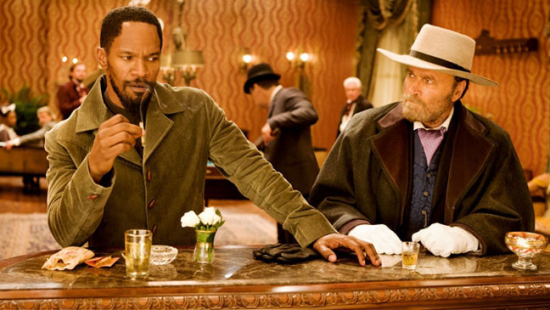 In typical revenge-plot fashion, Tarantino establishes the nimble bounty hunter Dr. King Schultz (brilliantly played by Christoph Waltz) as the kind of man who can get himself out of any situation. The retired dentist “purchases” freedom from slavery for Django (Jamie Foxx) to assist Schultz in identifying a trio of brothers named Brittle whose heads carry a hefty reward. 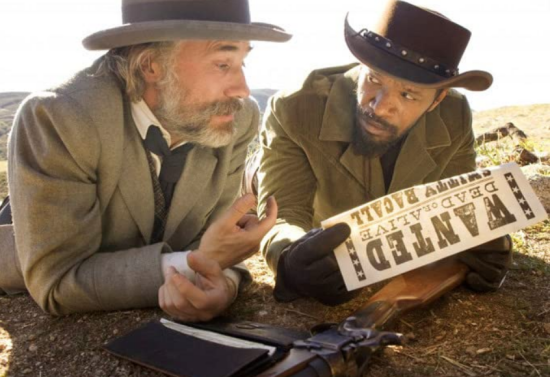 Django proves more than qualified for hunting down and killing slave-owners. Working together as a team, Dr. Schultz and Django craft a complex plan to free Django’s enslaved wife Broomhilda (Kerry Washington) from the evil clutches of Leonardo DiCaprio’s plantation owner Calvin Candie. “Candyland” is name of Mr. Candie’s plantation where he cultivates “Mandingo” slave warriors who fight to the death. DiCaprio’s centerpiece monologue — wherein the actor accidentally cut his hand and chooses to use the blood draining from his hand — is the stuff of cult movie legend. 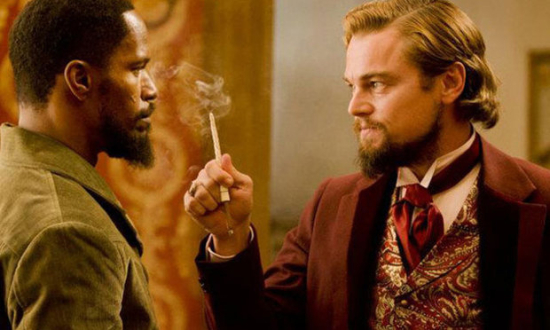 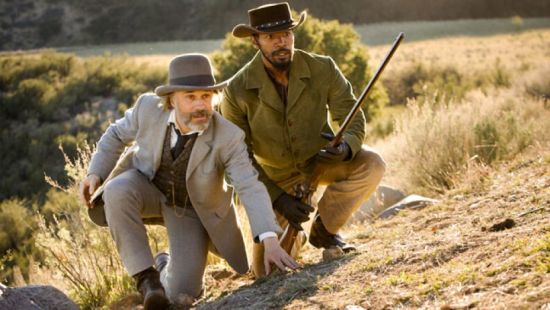 As with all of Tarantino’s films, “Django Unchained” is filled with spellbinding dialogue and outstanding plot twists. One such sequence of steadily building suspense arrives after Schultz has freed Django. Our two heroes enter a bar where the white owner insists that they leave immediately for the obvious reason that they don’t allow black people. Schultz handily dispatches the man, and sends for the sheriff while he and Django take a seat with a couple of mugs of beer. 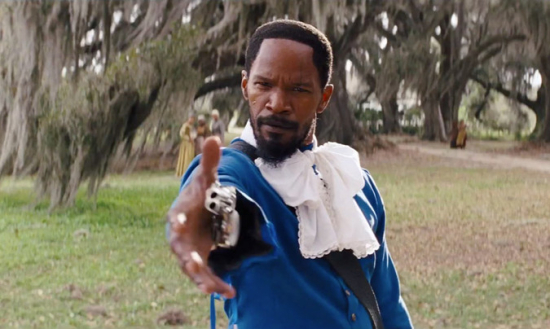 Naturally the bigoted sheriff shows up with a chip on his shoulder that the good “doctor” is only too happy to permanently remove. Shultz sends for the town Marshall, who in turn shows up with a posse of gun-toting thugs. The scene culminates in a crescendo of character-revealing magic. It’s not too early to call “Django Unchained” an instant classic. Movie lovers rejoice; Q.T. is back in the house. 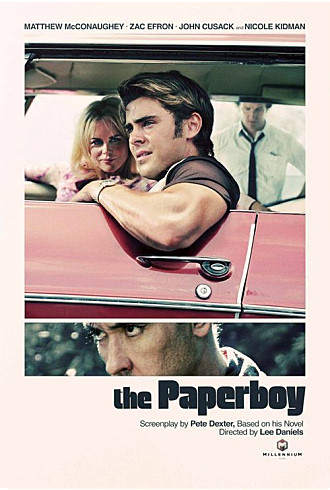 Openly anti-Semitic, homophobic, misogynist, and racist, there’s something to offend nearly everyone in this wrongheaded ‘60s era sexploitation misadventure. Once assigned to Pedro Almodovar for directing duties, Pete Dexter’s pulp novel “Paris Trout” — about some of the dumbest fictional characters ever imagined — finds confused cinematic fulfillment in the hands of director/co-screenwriter Lee Daniels (“Precious”). Daniels draws from an incongruent batch of ‘70s films (“Deliverance” included) to create a fantasy hodgepodge whitesploitation drama calculated to shock, disgust, and arouse the viewer. 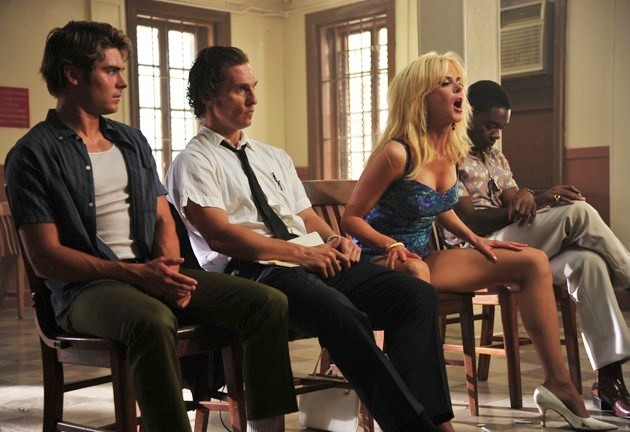 Zac Ephron continues to bring the kiss of death to every film he appears in — this time as Jack Jansen, a twentysomething beefcake dilatant who returns to his small-town Florida roots after being thrown out of college for an act of vandalism; he drained the school’s swimming pool. Genius. It’s the summer of ’69. The eternally horny Jack likes to lay around his family home in his tidy whities to see what kind of rise he can get out of African American housekeeper Anita (Macy Gray). Anita does narration duties to instill the movie with an illogical bird’s-eye narrative perspective. Note to filmmakers everywhere — show, don’t tell. Evidently, Lee Daniels never studied the rules of screenwriting 101. It gets worse. Much worse. Anita informs the audience about the murder of the town’s sheriff. 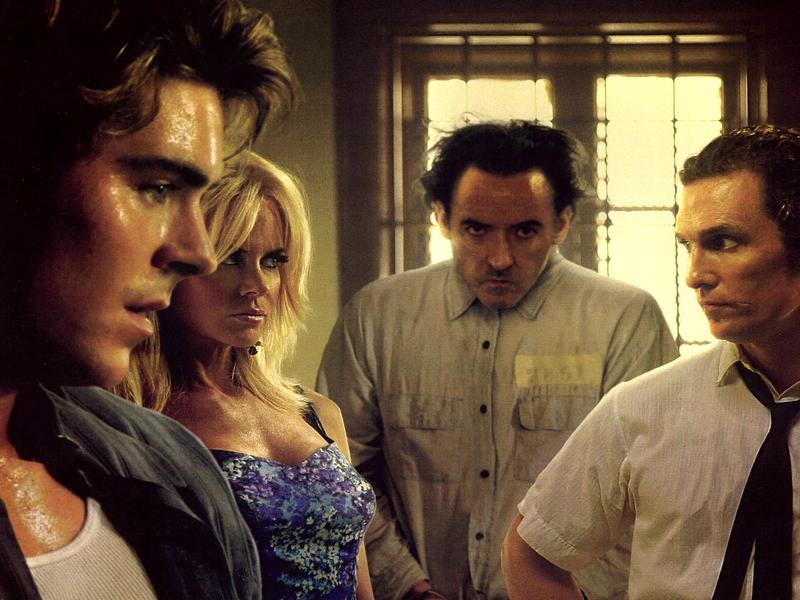 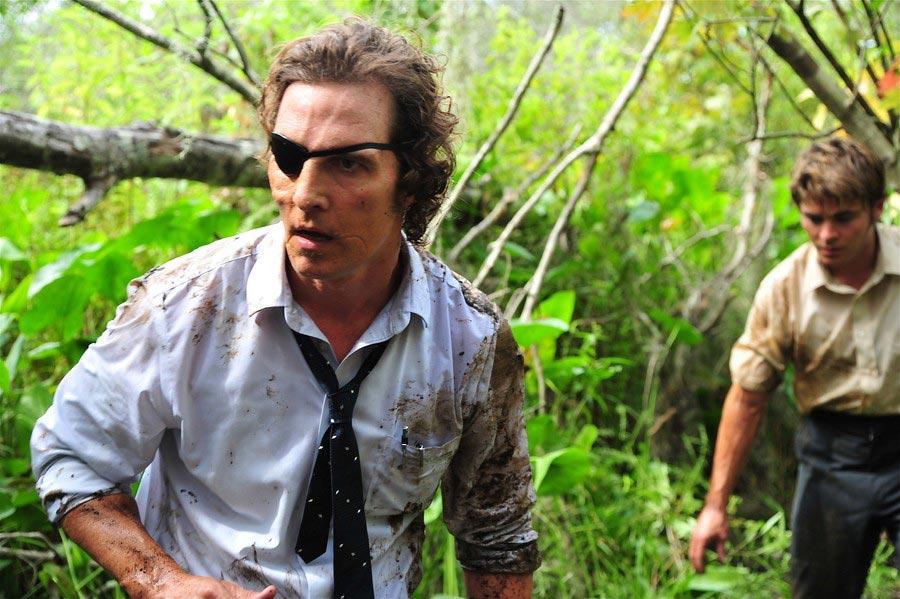 A visit to the beach for Jack and Charlotte turns into an excuse for some gratuitous fetish play after Jack suffers multiple jellyfish stings. Charlotte fights off a trio of local girls for the right to pee on Jack’s wounds that cover his chest, back, and — you guessed it — his face. Plot leaps and character revelations come out of nowhere. Nothing is supported with any amount of logic.

Posted by Cole Smithey at 4:24 PM in Exploitation | Permalink | Comments (0) 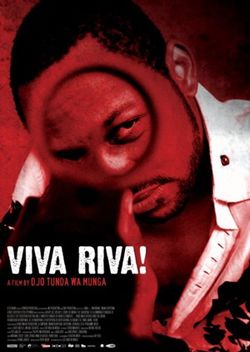 "Viva Riva!" is the kind of fast-and-loose Third World C-movie you'd expect to watch on the 10" screen of an air-conditioned public bus rounding corners on the Karakoram Highway.

Writer/director Djo Tunda packs this Congo-situated exploitation flick with so much raunchy sex and bloody violence that you barely notice the expanding plot holes he bounces over as if using a pogo stick on the Moon. Riva is a smalltime freelance gangster who has just returned to Kinshasa with many barrels of gasoline to sell. Riva has a knack for finding trouble. He's also a poor judge of character, at least based on his overpowering attraction to Nora, the fickle but sexy girlfriend of a local kingpin named Azor. Note to self: avoid gangster molls, especially in sub-Saharan Africa. Riva pays no attention to the dangers that surround him as he absconds with Nora. Angolan crime boss Cesar is hot on Riva's trail to get back the gas Riva stole from him.

Every aspect of "Viva Riva!" screams of the black market conditions under which the film was made. There's an undeniable raw energy here that takes no prisoners. If you like your exploitation movies dirty, cheap, and lacking in attention to such luxuries as narrative details, "Viva Riva!" is — well — a movie for you.

Posted by Cole Smithey at 2:56 PM in Exploitation | Permalink | Comments (0)