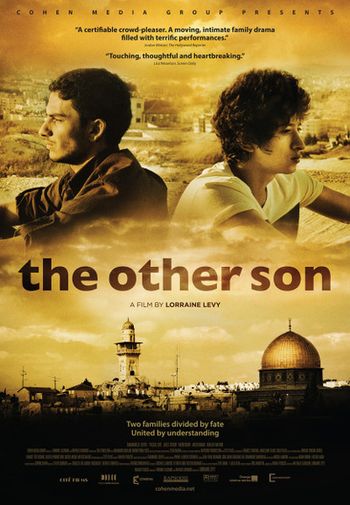 Viewing the Palestine-Israeli conflict through a switched-at-birth plot device proves compelling, though not entirely worth the price of admission in director Lorraine Levy’s uncoordinated melodrama. Weighing ever so slightly on the side of the Palestinians' plight, the filmmakers lay the narrative groundwork around the families of two young adult boys switched as babies during a battle that rocked the hospital where they were born.

Emmanuelle Devos is exceptional as Orith Silberg, the French-born mother of Joseph (Jules Sitruk). Joseph’s turn to follow in his Israeli military father Alon’s (Pascal Elbe) footsteps, calls for a blood test that delivers the film’s inciting evidence. Formerly proud of his presumed Jewish heritage, Joseph suffers an identity crisis after his Rabbi deems him no longer Jewish. Yacine Al Bezaaz (Mehdi Dehbi) — Alon’s and Orith’s biological son — has been studying medicine in Paris before returning on vacation in Palestine to discover his part in the confusion endured by his parents and brother. 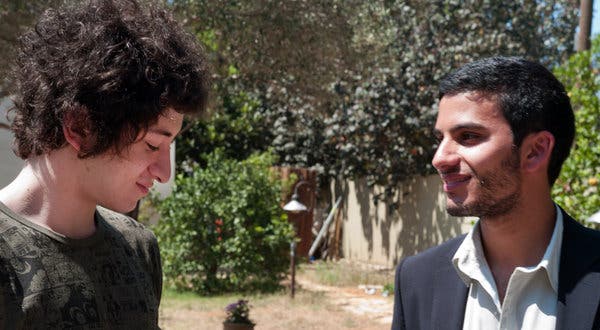 Although the ensemble performances are sound, the film’s structure is unsteady. A failure in plot development results in a forced third-act climax that rushes the story to its artificial conclusion. “The Other Son” is a well-meaning drama that only begins to scratch the surface of a volatile conflict that claims prisoners and causalities while resolving little. 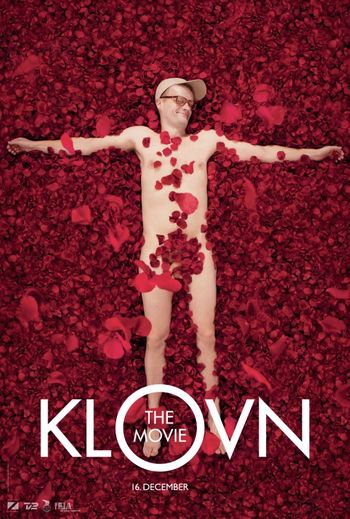 Easily the most ribald and politically incorrect comedy to come out of the 21st century’s second decade, Mikkel Norgaard’s “Klown” smacks funny bones you didn’t know you had. Certain to provoke prudish audience members to walk out before the movie hits its stride, “Klown” goes artfully over-the-top while pressing its cascade of outrageous situations into a volcano of comic explosions. Based on a Danish television show of the same name, the story follows the exploits of Frank (Frank Hvam) and Casper (Casper Christensen). Casper and Frank go on a canoe trip that Casper has privately dubbed the “Tour de Pussy.” Horny Casper places pussy above fatherhood in his hierarchy of life’s priorities. Frank, however, has just found out about his girlfriend Mia’s (Mia Hjortshoj) pregnancy — which she hesitated to disclose because she doubted Frank’s potential to be an adequate father. Mia considers an abortion. Capitulating to his anxiousness to prove Mia wrong about his nurturing abilities, Frank kidnaps her 11-year-old nephew Bo (Marcuz Jess Petersen) and takes the unsuspecting boy on the canoe trip. What follows is a series of embarrassing and humiliating events that mark Casper and Frank as two of the biggest idiots you could imagine. Relationships and classic psychology are tested in this diabolically funny movie, which Hollywood already has plans of mucking up with a remake.

THE KID WITH A BIKE The Dardenne brothers tweak their polished neorealist formula of personalized socially conscious cinema. Once again, we are exposed to their hometown of Serain, Belgium. This time, however, composed music plays a central role. The Dardennes continue the focus of their oeuvre on the plight of Belgian youth. The result is a somewhat less than convincing story about a troubled 11-year-old boy named Cyril (Thomas Doret).

Having been recently abandoned by his single-parent father Guy (Jérémie Renier), Cyril searches desperately for his missing dad and for his bicycle, which has also gone MIA. The manic boy escapes from a boys' home to return to the empty apartment he once occupied with his father. Pursued and dragged by his keepers back into the group home, Cyril throws himself at a visiting woman waiting in the home’s lobby. 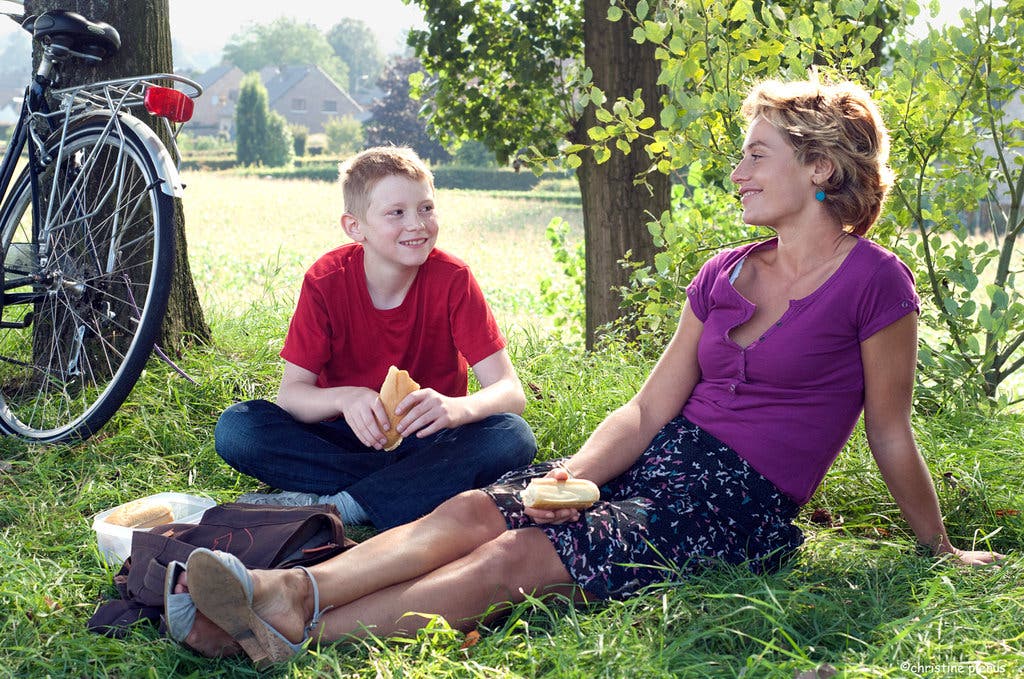 Hairdresser Samantha (Cecile de France) helps Cyril find his bike and agrees to look after the violence-prone boy on weekends. Samantha is at a loss to understand Cyril’s self-destructive impulses, which land him in a string of violent altercations. Still, Cyril's fortunes improve when Samantha agrees to keep him with her full time. Cyril’s guardian angel helps him track down his deadbeat dad at a restaurant where he works. Guy eventually makes clear he wants nothing to do with his needy son. 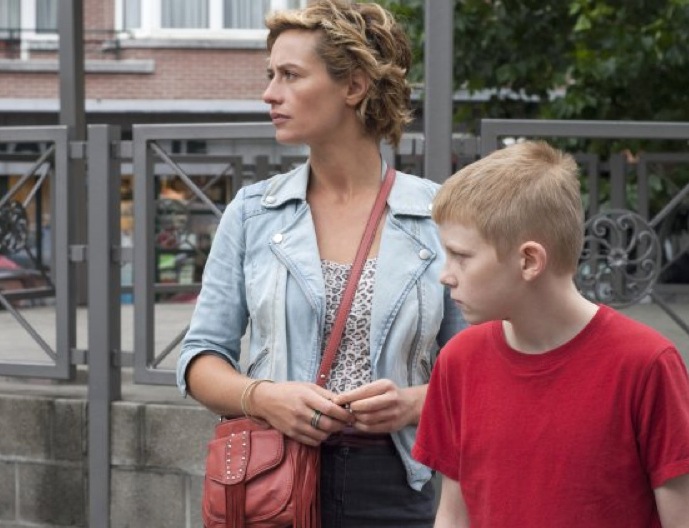 The filmmakers explore too shallowly Guy's reasoning for essentially throwing his son away. This, coupled with a lack of perspective on Samantha's backstory, weighs heavy on the film as a narrative contrivance that is fortunately mitigated by Thomas Doret’s exceptional performance. 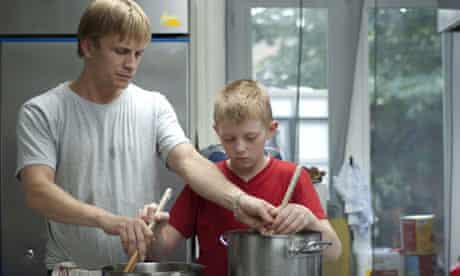 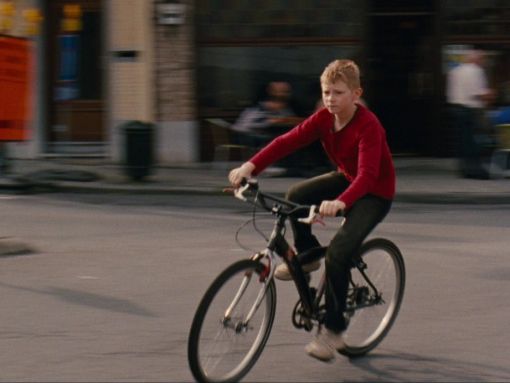