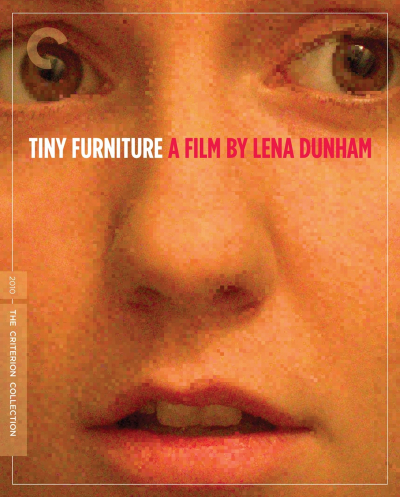 The fad Cinema movement known as mumblecore takes a few baby steps in writer/director/actress Lena Dunham's melancholic piece of navel-gazing. Empathetic characters are nowhere to be found. This movie is a dog; there's no such thing as a good dog.

Dunham plays 22-year-old Aura. She returns after college to live in her artist mother's palatial TriBeCa apartment where Aura's bitchy — and hotter — younger sister Nadine (Grace Dunham) rules the roost. Aura plans to move into an apartment with a college girlfriend in the coming weeks, but lacks direction and motivation. At an East Village party Aura meets YouTube phemon/experimental filmmaker Jed (Alex Karovsky). He is allegedly in town for meetings with television networks like HBO. 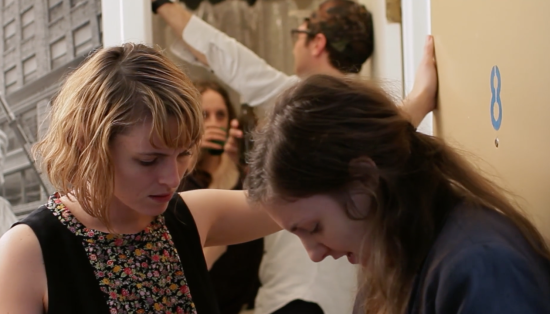 Aura, who has a film theory degree, makes experimental films that she too posts on YouTube. Overlooking Jed's snotty personality and lack of money, Aura invites him to stay with her at her mother's place while mom (played by Dunham's real-life mother Laurie Simmons) and sis are away. Despite the obvious opportunity, Aura is unable to tempt Jed into any sexy time. Meanwhile, at her new job as a restaurant hostess, Aura attempts to work her limited womanly wiles on pill-hungry sous chef Keith (David Call). 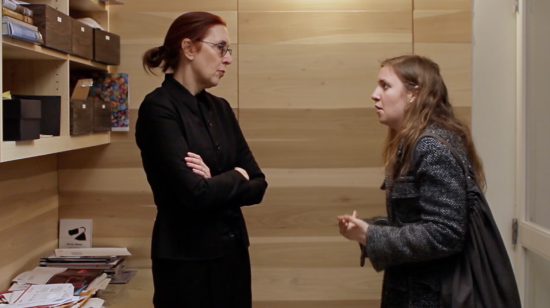 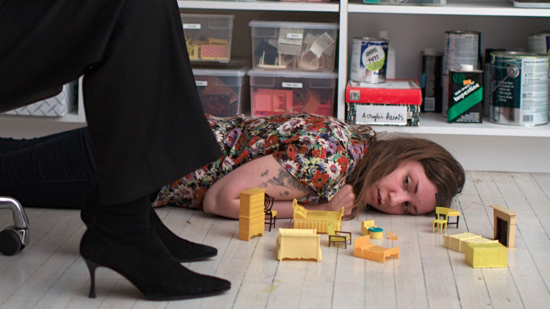 There is a bland naturalism at play, albeit a narcissistic one, that comes across in a series of amorphous scenes that go on much longer than they should. Anger, frustration, and confusion are in plentiful supply. The movie is weighed down with too much emotional baggage for any humor to seep through.

Watching "Tiny Furniture" is like showing up for a dinner party but being taken to the dentist instead. It's not a pleasant surprise.

Vomiting all of the time now. 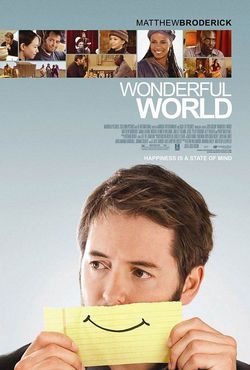 "Wonderful World" is a faulty independent drama which adds up to less than the sum of its underdeveloped parts. Matthew Broderick is Ben Singer, a cynical divorced guy who can't even manage to cheer up when he has custody of his quirky daughter Sandra (Jodie Ferland).

Living with a roommate in a small apartment, Ben drives his tiny car to a dreary day job proofing legal briefs. Ben, it turns out, was once a successful singer/songwriter of children's folk songs, with at least one popular album under his belt. When his Senegalese roommate Ibu (Michael K. Williams) slips into a diabetic coma, Ben comes to the rescue and soon strikes up a romance with Ibu's visiting sister Khadi (well played by Sanaa Lathan).

Writer Joshua Goldin makes an inauspicious directorial debut with a malnourished script that never resonates because the author is seemingly afraid to express any ideas beyond its don't-worry-be-happy theme. Ben's vague sense of defeated idealism sparks to life briefly under the threat of hot romantic attraction, but the story refuses to catch fire.

SUBSCRIBE to LA GRANDE BOUFFE (THE BIG FEAST) podcast on iTunes and follow us on SOUNDCLOUD.  If you're on an ANDROID DEVICE subscribe on STITCHER — TELL YOUR FRIENDS! 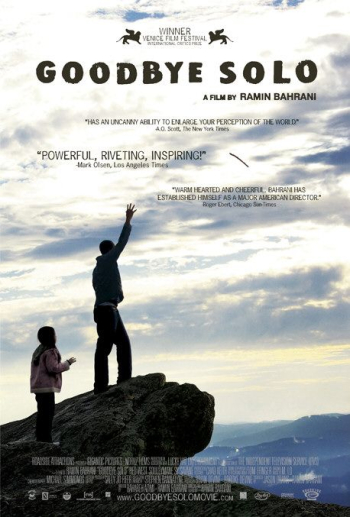 In Winston-Salem, North Carolina, Senegalese cab driver Solo (Souleymane Sy Savane) is an effusively optimistic family man training to become an airline attendant when he picks up a cantankerous and depressed 70-year-old passenger named William (Red West). William contracts Solo for a thousand dollars to drive him one-way up to the mountainous Blowing Rock National Park in two weeks. William's suicidal plan is obvious, and the two-week timeline gives Solo plenty of time to befriend the old codger with an idea of changing the old man's mind before the fateful day arrives. William and Solo's step-daughter Alex (Diana Franco Galindo) speak his name with such a repetitive frequency that the all suspension of disbelief is smothered. 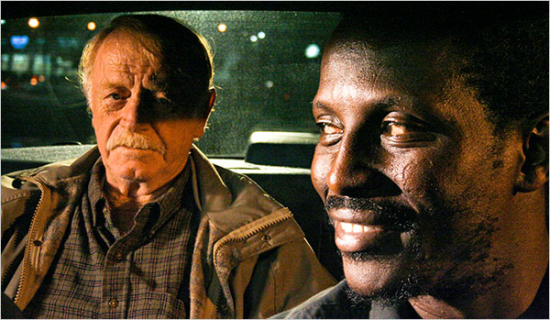 Film critic A.O. Scott famously misnamed "Goodbye Solo" as a "Neo-neo-realist" film. Rather, the film represents a barely competent script made gripping by an inspired director and two equally talented actors. Ramin Bahrani is a promising filmmaker who needs to work much harder at crafting dialogue and complete stories, and not believe the false praise being bestowed on him by the A.O. Scotts of the world.