I LOVE YOU PHILLIP MORRIS 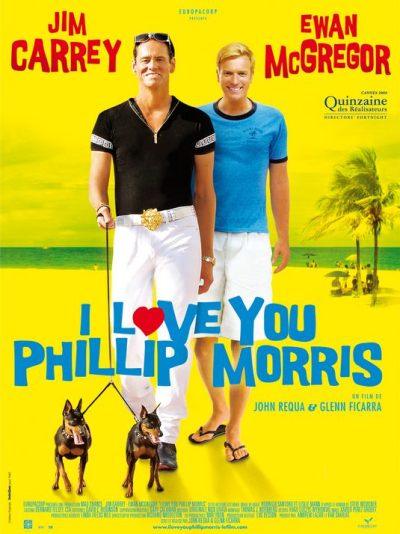 There's something terribly romantic about the bond that develops between Ewan McGregor's and Jim Carrey's gay lovers in a con-man story not far removed from a great film like "Catch Me if You Can."

There's a sincerity in both movies than humanizes its criminal protagonists and celebrates their abilities to outwit the lawmen that tirelessly pursue them.

There's enough cinematic glue here to name a new genre: the extravagant conman genre. Based on the exploits of an actual thief named Steven Russell, the movie is a comedy that's funny for all the right reasons, and equally dramatic as well.

It's impossible to imagine anyone other than Jim Carrey playing a man who realizes he's gay while in the throes of a heterosexual marriage before going on to criminal greatness. Russell got hired as a chief financial officer at NASA, where he plundered cash like it was water from an open tap. He's a natural-born liar, even to himself. And yet, the love Russell discovers for fellow prison inmate Phillip Morris (McGregor), while serving time for stealing a rental car, has a ring of undeniable truth. For all of its goofy sight-gags, slapstick chase scenes, and snappy character bluffs, "I Love You Phillip Morris" is unapologetically gay. 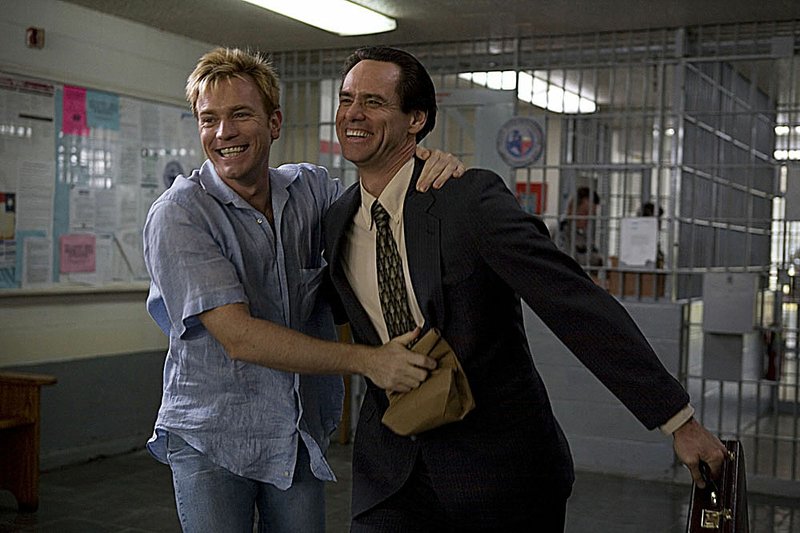 Clouds in the sky take penis-and-balls shape. That the co-directed film took over two years to find American distribution finds resonance with the U.S. military's ongoing "don't ask, don't tell" saga. Audiences all around the world have already seen it. Now it's America's turn.

LET THE RIGHT ONE IN 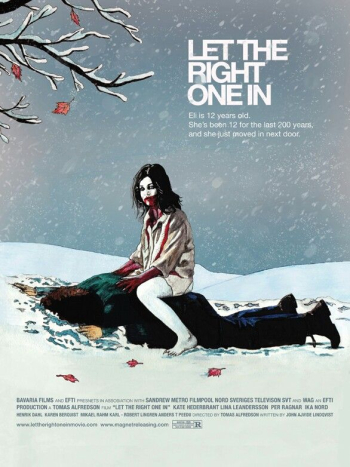 Captivating. Oskar (Kare Hedebrant) is a 12-year-old Swedish boy attracted to his new neighbor Eli (Lina Leandersson), a similarly aged female, uh, vampire — whose bloodthirsty father has been busy around their Stockholm annex, in this inventive horror movie from Tomas Alfredson.

Set in the early '80s, Oskar suffers at the hands of school bullies during the day, but finds solace in the company of Eli at nigh, the only time she can come out. The budding romance that forms between the class-conflicted kids pulls an undertow of tension against the story’s quickening rhythms that unfold. 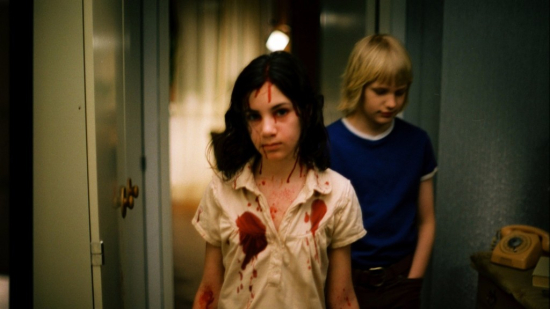 Novelist/screenwriter John Ajvide Lindqvist’s pinpoint script is a study in connecting the inner lives of emotionally bound characters to a suspenseful vampire plot in a cold foreign setting.

For his part, director Tomas Alfredson shows a keen eye for minimalist horror à la "Fargo." Blood on snow is so cinematic. This filmmaker revels in creating a delayed series of thrilling surprises. This is a horror movie to savor. Watch closely; the devil is in the details.