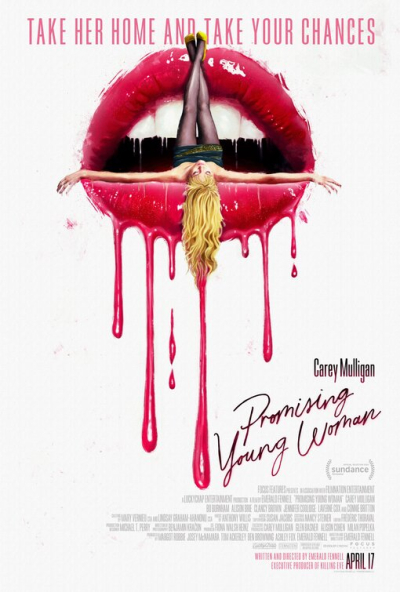 Writer/director Emerald Fennell makes quite a splash with this steely black comedy.

Predatory guys and the people who protect them get the business end from Carey Mulligan's diabolical mistress of revenge. 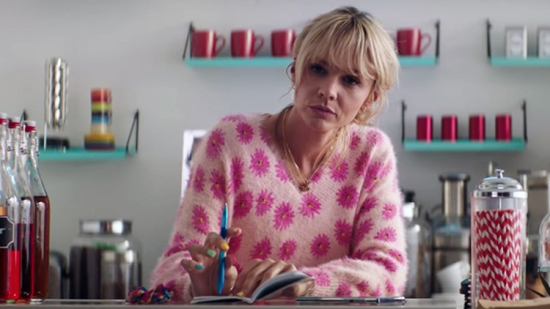 Cassie (Mulligan) is a martyr through and through.

Fennell's pitch perfect dialogue stings as much as the clever plotting in this indy gem. 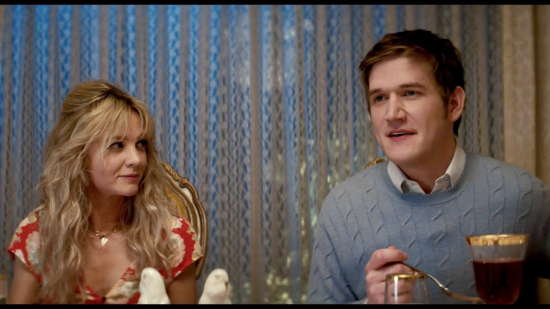 You'll squirm, you'll laugh, and you'll feel messed up at the end. Ice is the only thing in the world that is what it's cracked up to be. 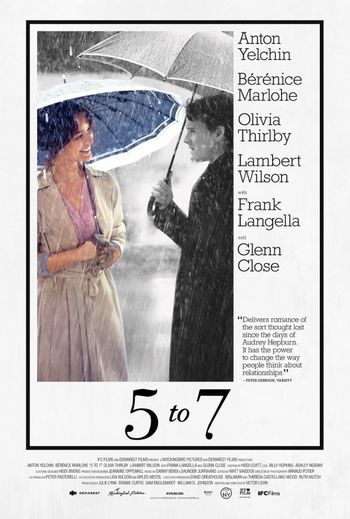 “Progress is not linear.” That succinct observation sums up the quixotic fate of Anton Yelchin’s 24-year-old trust fund baby Brian Bloom in this wobbly romantic fantasy that marks television writer Victor Levin’s feature debut. The story leans more on the fantasy than on its romantic underpinnings. The result is a guilty pleasure that can take your breath away by surprise. 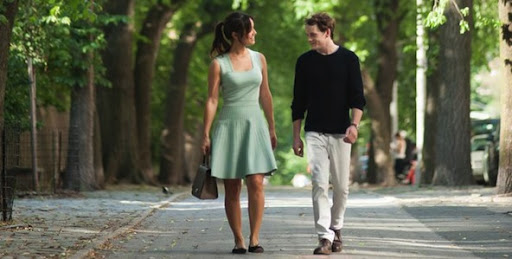 Brian savors life from his small Upper East Side Manhattan apartment where he pins his many rejection letters from publishers on the living room wall. An afternoon stroll facilitates a mutual cigarette-smoking confab with Arielle (Bérénice Marlohe of “Skyfall” fame), an improbably statuesque vision of feminine perfection. The would-be lovers converse easily outside the St. Regis Hotel where the 33-year-old Arielle lives with her French diplomat husband, Valery (Lambert Wilson), and their two children. Valery is firmly in his 50s. Arielle makes it clear to Brian that she is on the make for a French-styled affair that can only take place between the hours of 5 and 7pm. 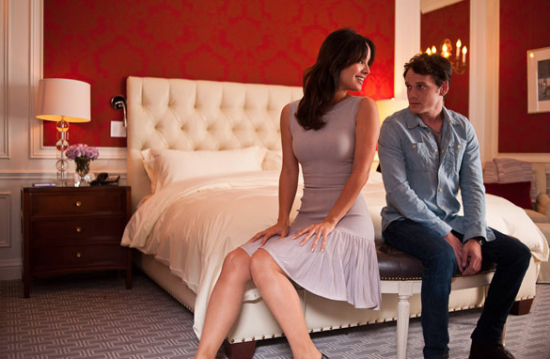 Clearly in over his head, Brian nonetheless takes the irresistible bait set before him. Hot sex is on the menu after all, even if the audience doesn’t get to see any of it. There’s nothing like a romantic fantasy achieved to energize the life and mind of an aspiring writer, at least that’s the film’s brief thesis. Brian’s crash course in the oh-so French universe of approved-adultery takes a predictable route with the exception of a dinner invitation from Valery that includes Valery’s own petit ami Jane (Olivia Thirlby), and a well-heeled group of diners that includes chef Daniel Boulud, composer Alan Gilbert, and Civil Rights leader Julian Bond. You can practically send a postcard forecasting its climax while watching the movie.

For all of its artificial plotting and clichéd dialogue, “5 to 7” has its charms. Frank Langella and Glenn Close share scene-stealing duties as Brian’s filthy rich parents during lunch with Brian and Arielle in the cozy quarters of the Carlyle Hotel dining room. For the purpose of her character, Bérénice Marlohe is a ringer. I can’t imagine any audience member (male or female) being immune to her elegant beauty and sensual presence. 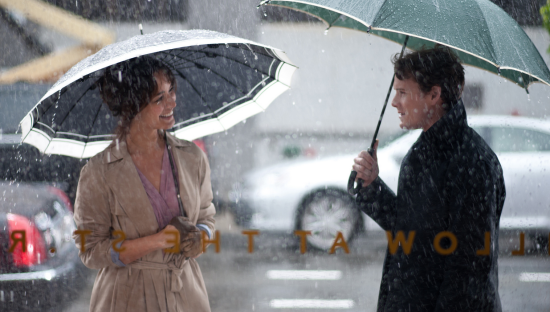 Who wouldn’t want to vicariously experience a steamy, if implausible, affair on Manhattan’s Upper East Side in spring? Sure it’s all fantasy, but it sure beats the heck out of “50 Shades of Gray.” Five to seven also happens to be an ideal two-hour period to escape from reality within the sacred walls of a nearby cinema. Get lost moi petit ami.