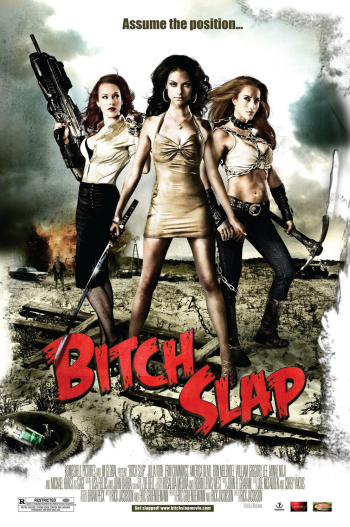 While I enjoyed the overall tone of the movie, and especially the super committed performances of its talented three female stars (Julia Voth, Erin Cummings, and America Olivo), "Bitch Slap" is a mess. Rick Jacobson ("Ash vs Evil Dead" series) is a very skilled director, and his ability to rev up action sequences — ostensibly on a B-movie budget — is impressive, but his screenwriting skills leave much to be desired. Jacobson steals liberally from Quentin Tarantino for this over-the-top sexploitation romp but isn't much for creating a story that sticks. Punchy dialogue only goes so far in masking plot holes a plenty, but there is some snazzy dialogue to be had. 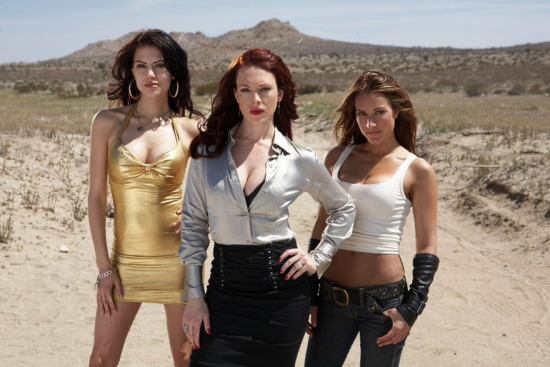 "I'm gonna booty-bang bitch slap your fucking ass until you're just this side of salvage. Then I'm gonna ram-ride girly's show tits asunder before I plow both of you bitches under!"

Ah, what poetry. It does flow trippingly off the tongue, or tongues. Lick, lick.

Jacobson's time flipping device of constantly showing what happened six months ago, or two weeks ago, or 10 hours ago, wears out its welcome quick. 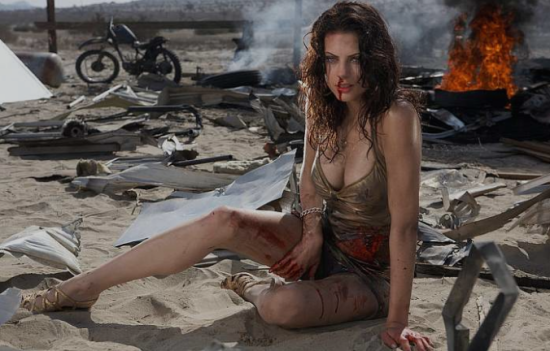 For all of its potentially 3D-appropriate use of flying objects and big boobies, "Bitch Slap" doesn't hold a candle to Russ Meyer's truly transgressive "Faster, Pussycat! Kill! Kill!" — an obvious inspiration for this gutty little action film. "Bitch Slap" is nonetheless ideally suited for a 3D treatment that would make it even more of a guilty pleasure. If you compare "Faster, Pussycat!" to "Bitch Slap" I think you'll find that Tura Satana, Haji, and Lori Williams create a lot more sexy heat and psycho bitch drama in Russ Meyer's classic sexploitation flick. That said, this movie lays down plenty of the heavy-handed bitch slaps that the title promises.

Posted by Cole Smithey at 4:10 PM in Shakespeare | Permalink | Comments (0) 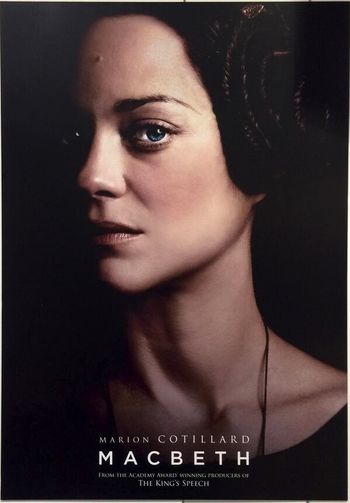 Whoever’s idea it was to put Justin Kurzel’s adaptation of “Macbeth” into the competition at Cannes should look for work elsewhere. The film is one of the worst adaptations of a Shakespeare play ever to be projected onto a movie screen. The actors mumble or whisper every single line, making the dialogue unintelligible. Not even hearing-aids would help. The Saturday-morning Cannes screening ended with boos.

Kurzel’s bland sense of filmic storytelling is so vague that even audiences familiar with Shakespeare's bloody drama will be left scratching their heads about the storyline. Here is a director drowning in a story he never begins to fathom, much less master.

Forget about introducing the uninitiated to Macbeth with this version; stick with Roman Polanski’s 1971 gold standard rendering of “the Scottish play” for that purpose, and for any objective of entertainment value for that matter.

The picture's hundred-dollar set designs leave much to be desired. Amateurish slow-motion camera work only emphasizes the film’s cheap-looking production designs. Here is a poorly lit movie with no sense of visual scope or continuity.

Macbeth (drearily played by Michael Fassbender) lives in a tent with his wife Lady Macbeth (whispered by Marion Cotillard). That's right, in a tent. The audience is afforded no sense of context, atmosphere, period, or place. Kenneth Branagh would walk out on this film in the first five-minutes. Speaking of which, perhaps this atrocity will spur the Shakespeare-master Branagh to make his own rendering of "Macbeth." Someone needs to set the record straight for 21st century audiences who might otherwise think this version to be acceptable, which it strictly is not.

As for Cotillard, after appearing in James Gray's hack period drama "The Immigrant," and now in this utter waste of filmic space, perhaps the gifted French actress will start cherry picking her roles better. She should.

Meanwhile, back to Kurzel's stillborn abomination of Shakespeare. Everyone lives in tents as if buildings hadn’t yet been invented in 11th century Scotland.

Everything is stuck in a visual and aural drone, especially Shakespeare's famous dialogue. The actors speak in an unbroken rhythm that lacks as much dynamic logic as the film’s impoverished lighting design. There's a right way and a wrong way to approach iambic pentameter, and this is the latter.

A heavy-handed musical score comes gratis. It is a mystery as to why the Australian Kurzel would attempt Shakespeare with only one film under his belt (“The Snowtown Murders,” an exploitation true-crime B-movie) when he is so clearly out of his depth. Better to leave Shakespeare to professionals who know how to treat the Bard properly.

Infuriating, incoherent, and unwatchable, Justin Kurzel’s “Macbeth” managed to beat out Gaspar Noe’s “Love” for the title of the worst film in the 2015 Cannes Film Festival. No one saw that coming. What a train-wreck. I want my two-hours back. 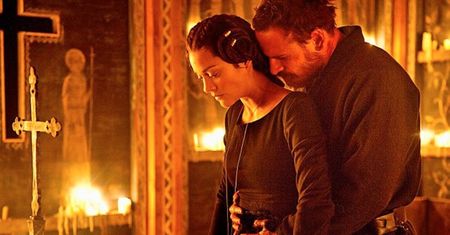 Posted by Cole Smithey at 2:04 PM in Shakespeare | Permalink | Comments (0)