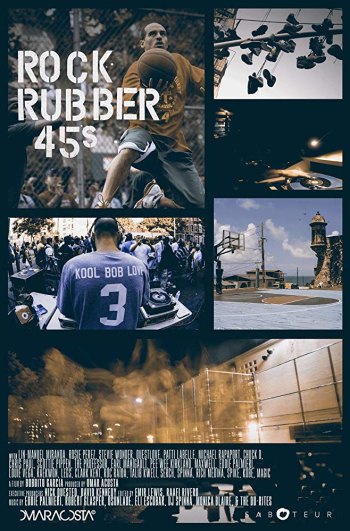 Few are the number of people who could make a documentary about themselves that would be as entertaining as “Rock Rubber 45s.” Bobbito Garcia’s survey of his life as a New York pop culture icon of basketball, hip-hop, sneakers, filmmaking, and all-around bon vivant is captivating for its unabashed honesty and sincerity. Born of Puerto Rican decent, “Bobbito the Barber” describes his warts-and-all childhood under a workaholic mother and a negligent father. His swagger and self-deprecation come in equal parts. He fearlessly wades the waters of his sexual abuse victimization to describe how he was able to put the past behind him. Tricky stuff. 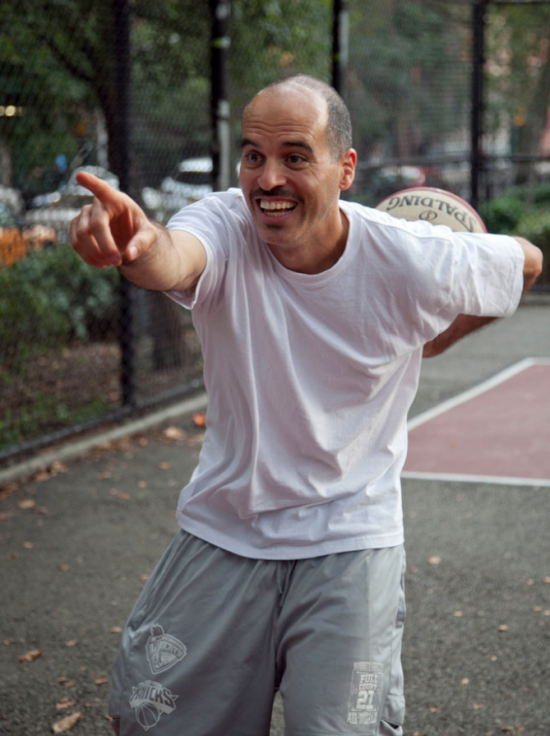 Also heartbreaking is Bobbito’s telling of his time spent playing basketball at Wesleyan, where his stellar basketball skills were ignored with a vengeance by a racist coach. 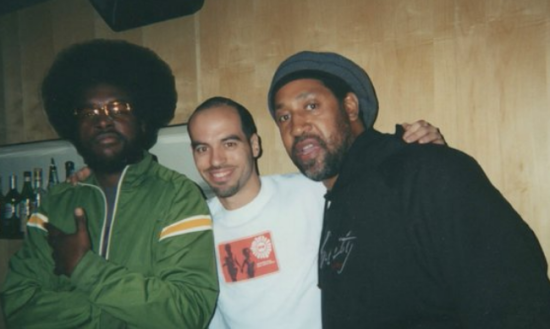 Rosie Perez, Michael Rapaport, Questlove, and Lin-Manuel Miranda are just a few of the celebrities who give their two cents about Bobbito’s dynamic influence on culture, especially that of New York City.

Bobbito’s litany of accomplishments run the gambit from performing basketball tricks at stadiums across the country, authoring the first article (“Confessions of a Sneaker Addict” for Source magazine) about the intricacies of sneaker culture, authoring a book about sneaker culture, working as a promo rep during the early days of Def Jam Recordings, to hosting a TV show about sneakers. 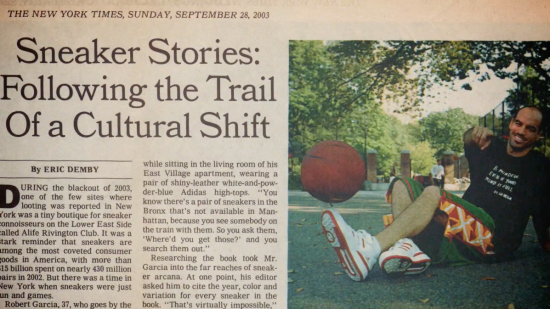 “Rock Rubber 45s” is a personalized crash course into New York culture that charms by virtue of this film’s charismatic subject. Sure it’s self-reflexive; that’s the point. The music is infectious, the graphics are slick, and the vibe is hot. It might not be the best documentary every made, but this movie jams.

THE GOOD SON: THE LIFE OF RAY BOOM BOOM MANCINI 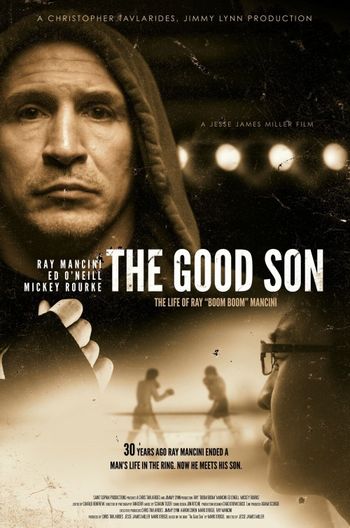 Noted ‘80s era lightweight boxer Ray “Boom Boom” Mancini is the subject of a passionate and stylishly composed documentary that allows the charismatic champion from Youngstown, Ohio to tell his story of tremendous victories and terrible losses. This narrative admirably transcends the 20th century immigrant narrative template, which is all but forgotten now that voyeurism is valued higher than historic relevance.

Let's get the obvious first question out of the way: Ray Mancini adopted his dad’s boxing name “Boom Boom” with a dream of living up to family tradition.

Anyone who has heard Warren Zevon’s haunting song “Boom Boom Mancini” (from his “Sentimental Hygiene” album) knows that Mancini “was responsible for the death of Du Koo Kim.” But few listeners know about the circumstances of the 1982 fight that changed the rules of boxing forever — fights were reduced from 15 to 12 rounds as a result of the Mancini/Kim bout that left Du Koo Kim with a blood clot in his brain, which eventually killed him.

Director Jesse James Miller compiles interviews with Mancini's neighbors, friends, priests, family members, cops, and boxing luminaries to explain how a kid from a Sicilian working-class family worked diligently to follow in his father’s footsteps as a pro boxer, struggling in the shadow of his older boxer brother Lenny. Mancini biographer Mark Kriegel adds profound insights with a healthy dose of editorial veracity.

Youngstown, Ohio-born actor Ed O’Neill (“Modern Family”) recounts following his friend Raymond’s career as a hometown boxing phenomenon. O’Neill explicates the mob-ruled cultural landscape of Youngstown, where a steel-mill worker could raise a family and have a secure working-class lifestyle. But if a guy wanted to move up and “swim with the sharks,” then he'd “better be a shark.” 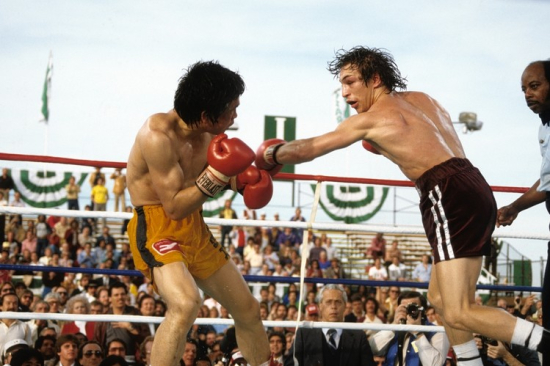 Such are the social circumstances that put the 21-year-old Boom Boom Mancini in the respectful orbit of such celebrities as Frank Sinatra, Mickey Rourke, and Sylvester Stalone — Mancini’s star burned bright and the future seemed to hold all that fortune favors. Was Stalone’s “Rocky” based on Raymond Mancini? I think you know the answer.

However undone by a hypocritical media and a corrupt boxing system, Ray “Boom Boom” Mancini is revealed as more than merely a survivor. It would spoil the impact of the documentary’s perfect arc to describe the essential aspect of the Mancini/Kim narrative that brings it all home. Suffice it to say that “The Good Son” is one of those documentaries that could easily slip under the public radar. With so few “stand-up” guys left in the world, it’s refreshing to meet up with Boom Boom after all these years and discover an admirable man with all of the hard-earned self-respect that anyone could hope to achieve. Don’t miss “The Good Son.”

Posted by Cole Smithey at 12:30 AM in Documentary, Sports | Permalink | Comments (0) 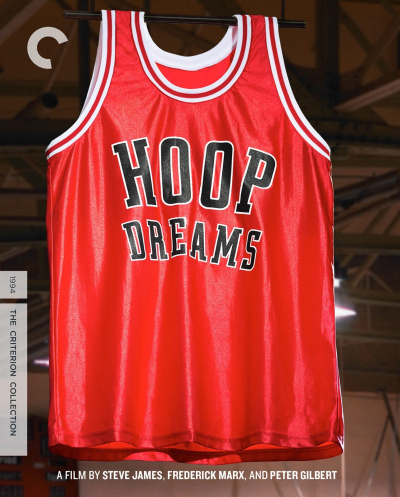 What started out as a half-hour program for PBS turned into six years of filming and over 250 hours of footage, from which this 170-minute film encompasses an in-depth scope at American cultural, political, and social reality. Cinematographer Peter Gilbert and editor Frederick Marx balance every element. 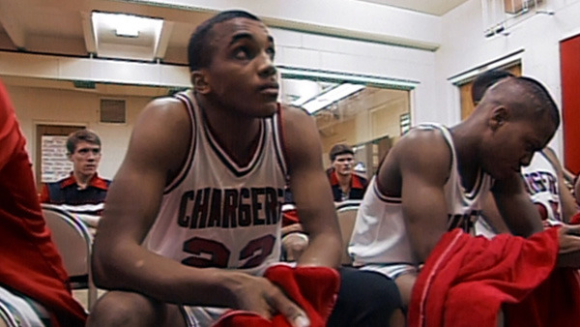 William Gates and Arthur Agee are similar but different. Both young men read at a fourth grade level when local unofficial basketball talent scout Earl Smith recruits them for scholarship placement in St. Joseph’s basketball program. Renowned for its most famous graduate, Detroit Pistons point guard Isiah Thomas, the suburban Westchester, Illinois private school requires Gates and Agee to get up at 5:30 in the morning to commute 90 minutes to and from school everyday for the privilege of studying and playing basketball in the predominantly white suburban school. 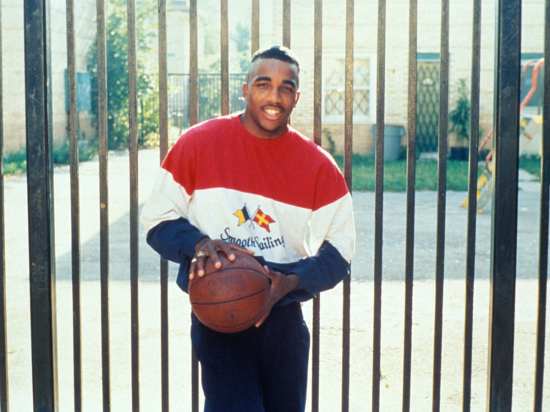 William is more confident than Arthur. His grades improve in relation to his performance on the court, while the smaller Arthur struggles with athletics and academics. Arthur is soon unceremoniously dropped by St. Thomas, and sent back to his Chicago public school, Marshall Metro High. St. Josephs holds Arthur’s transcripts hostage in exchange for $1,300 in “back tuition” it would have covered had Arthur lived up to the expectations of coach Gene Pingatore’s celebrated program. 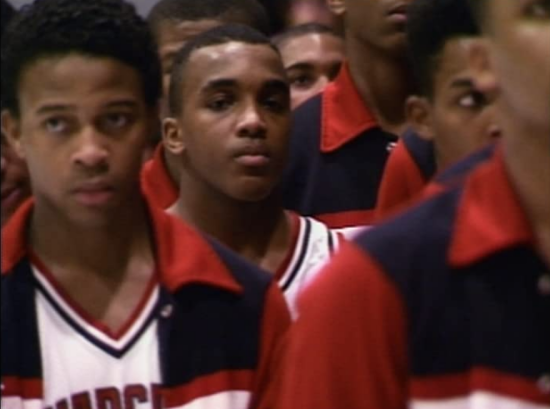 Forget that such an explanation regarding tuition was never given to the boy’s underprivileged parents, who are subjected to the humiliation of traveling to St. Josephs to beg for a payment plan that will allow them to pay off the debt so that their son can graduate. 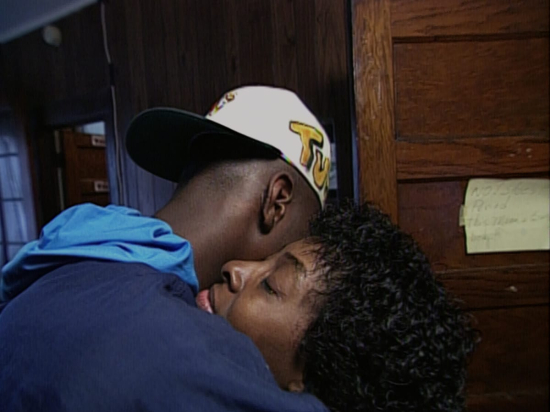 We follow the zigzagging trajectories of friends and family members near Arthur and William. Arthur’s father Bo separates from the family after physically abusing his wife Shelia and pursuing a life of selling drugs. After a stint in jail, Bo rehabilitates himself and comes back into the family fold. But for how long? 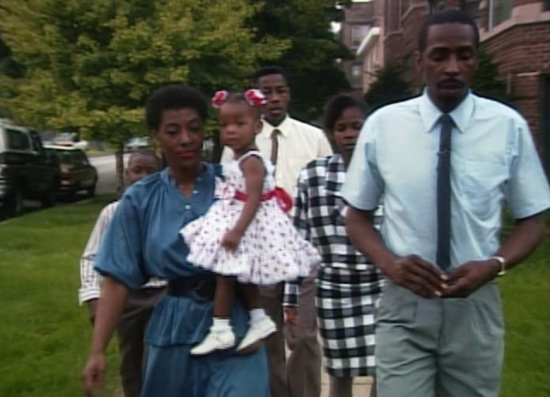 William’s and Arthur’s dreams of basketball success are shared by their supportive mothers, but a palpable sense of doubt hangs in the air. William’s apparent advantage over Arthur’s hopes for the future, begin to fade after a ligament tear in his knee sidelines him for an extended period of time. Orthoscopic surgery is required. William works hard to recover from his injury but gets hurt again while participating in a Nike All-American Summer Basketball Camp at Princeton, where NBA scouts and coaches buzz around. Even Spike Lee puts in an appearance to give the camp’s urban youths a reality check about the money aspect of the game. 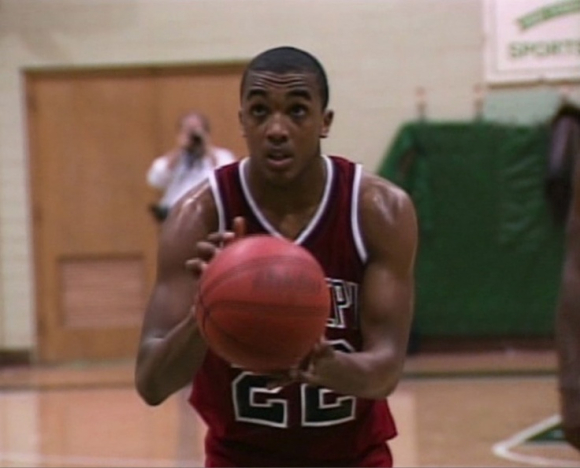 College scholarship offers pour in for William who, in spite of his injury, gets a four-year scholarship to Marquette. Arthur, meanwhile, is lucky to receive a two-year grant to a junior college, although he was responsible for leading his team to a stellar season. 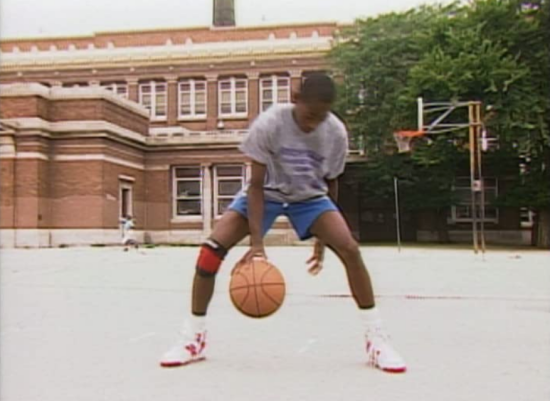 “Hoop Dreams” provides a candid depiction of America’s oppressive class system and the lives of those living below a subsistence level existence. There is nothing indirect about this superb work of cinéma vérité filmmaking.