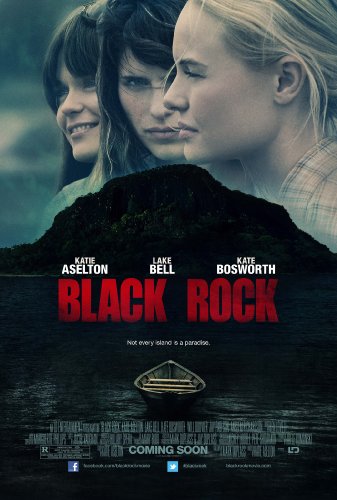 An exploitation thriller with feminist overtones — ala “I Spit on Your Grave,” but nowhere nearly as gutsy — “Black Rock” disappoints on various levels. Triple-threat director/co-writer/actor Katie Aselton sets up a fixed battle-of-the-sexes game that is foolhardy at best.

Longtime chums Sarah (Kate Bosworth), Lou (Lake Bell), and Abby (Aselton) reunite for a weekend bonding vacation to a remote island off the coast of Maine. The three women once played a game of “Treasure Map” there as girls. Sarah is the cute mediator of the bunch. Lou and Abby need one. They don’t play nice since Abby — an archetypal slut — slept with Lou’s boyfriend some years ago, stealing him away before shedding him like a 24-hour cold. Resentments are cast aside when the trio meets up with three Iraq War vets fresh out of work on dishonorable discharges just 18-days ago. The three men are hunting illegally on the island. 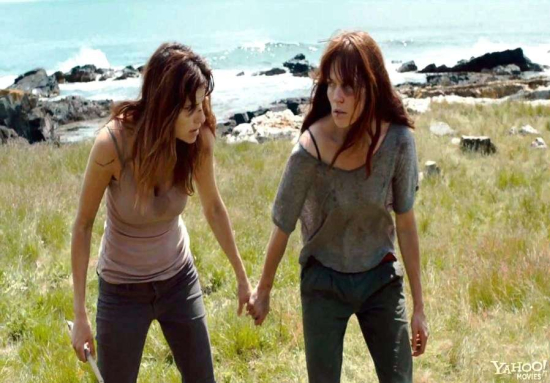 True to her bad reputation married Abby invites the sketchy guys to hang out and share the girls’ plentiful supply of booze. Abby doesn’t just flirt, she launches into a full-press seduction of Henry (Will Bouvier). Once separating Henry from the group so she can make her move, Abby gets down and dirty before attempting to cut her intimate provocation short. Henry isn’t the kind of guy to stop after receiving such a confident invitation to a lay in the grass. Violence erupts. What follows is a thoroughly implausible game of cat and mouse between two grizzled war vets and a couple of glorified sorority chicks who put up a fight with poorly sharpened sticks — yes, really. 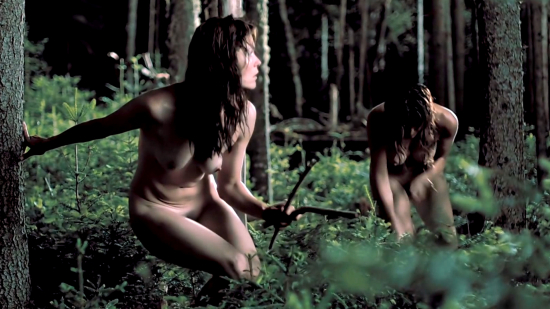 The great irony in “Black Rock” is that it fails (purposefully?) as any kind of screed regarding a weird fantasy date-rape scenario. All of the characters are bad animals in need of being put down. Mostly, they get what they deserve; the audience, however, does not. 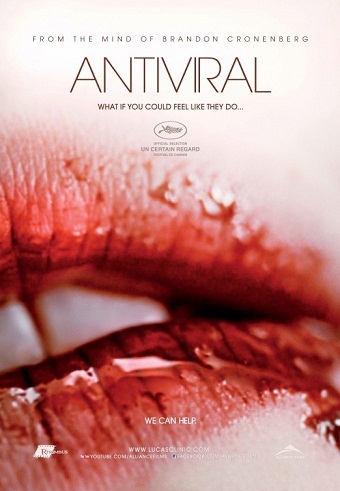 This debut feature from Brandon Cronenberg — son of revered director David Cronenberg — is all concept and little substance. Trapped beneath the bleached-out glare of a monochromatic minimalist future — courtesy of cinematographer Karim Hussain — Syd March (Caleb Landry Jones) toils in a chic clinic that dispenses celebrity diseases at a premium. If you want the strain of herpes simplex that a Lady Gaga-equivalent might possess, you can pay for the privilege. If Cronenberg’s attempt at canny social satire sounds provocative, think again - it’s not. Sophie Barthes’s “Cold Souls” (2009) — about the availability of rentable souls — makes “Antiviral” seem rudimentary by comparison, and it wasn’t even a particularly impressive movie.

Brandon Cronenberg has two significant strikes against him. He isn’t an effective screenwriter and he lacks the directorial experience to know how to mask it. As has become a trend among hipster filmmakers, “Antiviral” is completely lacking in humor. The effect is suffocating.

Creepy Syd is like a drug dealer who constantly delves into his own stash. His addiction to the viruses of his celebrity idols takes its toll. He resembles a punk rock junkie of the ‘80s era in Lower East Side Manhattan, who believes he’ll be the next Johnny Thunders if he just shoots the same kind of Chinese rock that Thunders famously sang about. 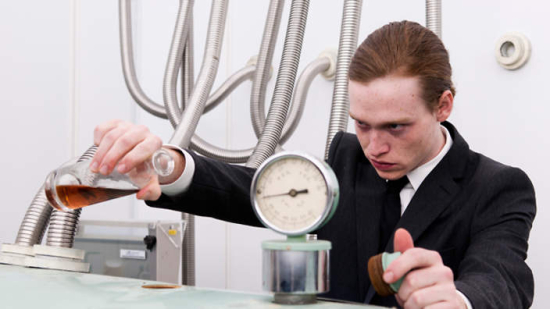 Syd makes extra money by stealing diseases from the company he works for by smuggling them out inside his body. No one said Syd was much of an empathetic protagonist. “Antiviral” is interesting for the first ten or fifteen minutes before it digresses into a slog. Boredom is the death of any movie, and this one will bore you to tears. 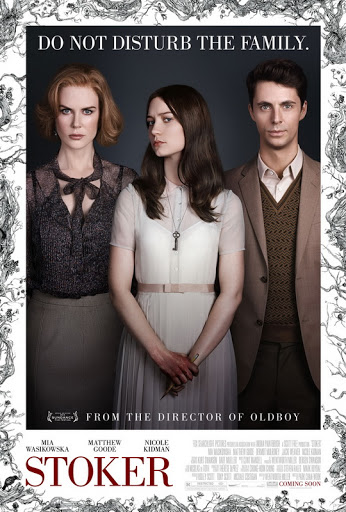 Wentworth Miller’s screenwriting credit is a dead giveaway to “Stoker’s” imminent failure. The scribe responsible for such dreck as “Resident Evil: Afterlife” constructs a haphazard thriller that fails in every regard except for style, which arrives in spades courtesy of Korean director Park Chan-Wook (“Oldboy”). “Stoker” marks Chan-Wook’s first English-language film.

Miller freely rips off Alfred Hitchcock’s “Shadow of a Doubt” (1943) in constructing a far less adequate American Gothic thriller about India Stoker (Mia Wasikowska), a gloomy girl whose beloved father dies on her 18th birthday. India’s mysterious long lost uncle Charles (Matthew Goode) shows up at the wake before inserting himself as a permanent fixture in the Stoker household alongside India’s ice queen mother Evelyn (Nicole Kidman). India dislikes her uncle with a passion that gradually shifts to boiling romantic passion. The film tilts at Charles’s implicit desire to share in a mother-daughter threesome, although his more immediate priorities involve a penchant for serial killing. 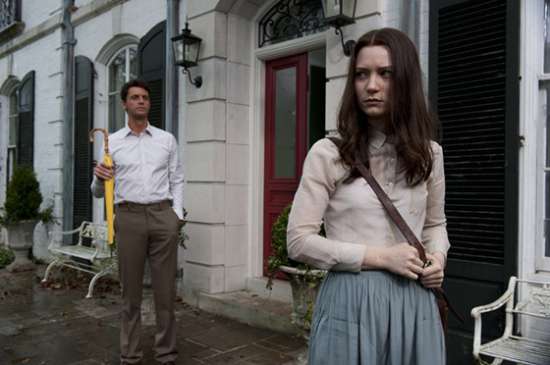 “Stoker” boasts a guffaw-inducing moment when Nicole Kidman’s long missing character appears from a plot hole as deep as an oil well to witness Charlie putting the make on India. “I’m sorry,” Evelyn says, as if she’s barely awake, before retreating to who knows where. 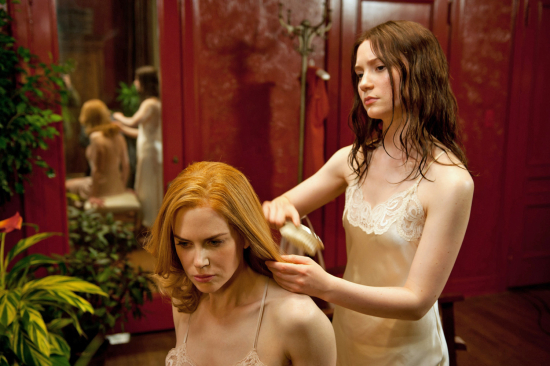 Regardless of how beautifully Park Chan-Wook shot the movie, “Stoker” plays like a thin book that’s missing more than a few pages. Rather than building on plot and character motivation, the storyline skips toward an anti-climax that relies on an audience’s sense of obligation to the film’s visual presentation to forgive it for its unnourished narrative. Who could be so forgiving?