Anne Hathaway to Play Judy Garland on Broadway and in Film 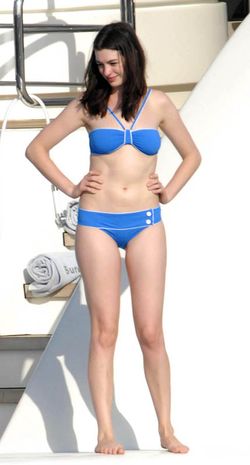 Gerald Clarke's Judy Garland biography "Get Happy" will provide grist for a Broadway stage production and a movie biopic, both of which will star Anne Hathaway as Little Miss Leather Lungs. The Weinstein Company is due to back both productions. The former Disney girl is also scheduled to perform on stage in Central Park's Free Shakespeare in the Park production of "Twelfth Night" later this summer.

Listed below are links to weblogs that reference Anne Hathaway to Play Judy Garland on Broadway and in Film: